Christmas Joy Offering – Supporting our leaders: past, present and future.
Make A Donation Click Here >
Home › The PC(USA)’s advocacy director contributes to a thoughtful discussion on white churches and the sin of racism

The Rev. Jimmie Hawkins joins a panel convened by Union Presbyterian Seminary to lay out the problem and outline solutions 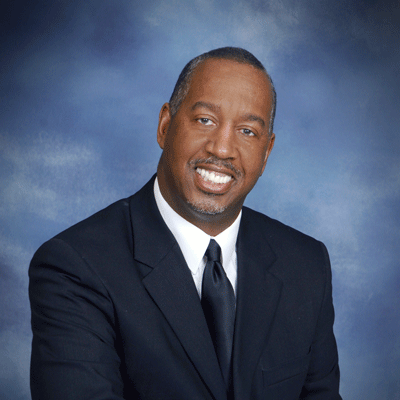 LOUISVILLE — The Rev. Jimmie Hawkins, who directs the Presbyterian Church (U.S.A.)’s Office of Public Witness and the Presbyterian Ministry at the United Nations and wrote “Unbroken and Unbowed: Black Protest in America,” published in February by Westminster John Knox Press, joined an online panel Tuesday as part of Union Presbyterian Seminary’s Just Talk/Talk Just series. Watch “Forgive Us Our Trespasses: White Churches and the Sin of American Racism” by going here.

Dr. Rodney S. Sadler Jr., Associate Professor of Bible at Union Presbyterian Seminary and director of the Center for Social Justice and Reconciliation there, hosted the panel, which also included the Rev. Greg Jarrell, founder of QC Family Tree in Charlotte, North Carolina, and Dr. Valerie Cooper, Associate Professor of Religion and Society and Black Church Studies at the Duke Divinity School.

“It could be said it was the Black church that introduced liberation theology into theological discourse in this country,” Hawkins said. While the first Africans who were forced to this part of the world rejected Christianity when they heard such biblical admonitions that slaves must be obedient to their masters, “once they learned Scripture, especially Exodus, they said, ‘That’s our story,’” Hawkins said. Centuries later, “It was amazing the insurrectionist spirit that came out of the religious experience.”

“The prophetic voice of the Black church has been instrumental in liberation movements in this country and around the world,” Hawkins said. “God is a god of justice, and God does not ordain discrimination or white supremacy or misogyny.” 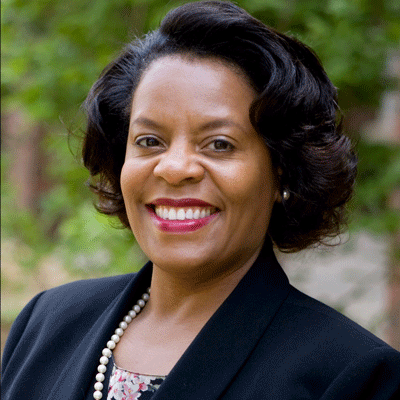 Segregation existed first in churches, even before it took hold in the rest of society, according to Cooper. And while the data may be difficult to find, “it seems likely American Christianity was most integrated in the years leading up to the Civil War.” Why? “It allowed enslavers to keep an eye on those they enslaved,” Cooper said.

Today, the nation’s partisan divide “is rooted in our racial divide in churches. We don’t see one another as sacred,” Cooper said. In the 1960s, activists attempted demonstrations called kneel-ins in an unsuccessful effort to integrate white churches. “Even if you get into a building,” Cooper noted, “you can’t force people to treat you like a human being. It’s an issue where the church is not leading. It’s far behind businesses and schools.”

Jarrell’s research has included how a 1960s-era urban renewal program in Charlotte’s Brooklyn neighborhood displaced about 1,000 Black families and a dozen Black churches. A white church then came in and secured “a good deal” on nine acres there. Jarrell’s research featured a Black family whose ancestors were among the first to buy land in the Brooklyn neighborhood. Their descendants were the first family forced to sell their land to the government as part of the urban renewal project. According to Jarrell, the land where the white church now sits has appreciated 900% in 60 years as measured by inflation-adjusted dollars. Using the same measure, the land where the Black family moved to lost 5% of its value in 60 years.

“Development where communities and individuals don’t have a stake in real property makes it difficult for the wealth to be spread,” Jarrell said. “Black neighborhoods aren’t valued in the way white neighborhood are. If Black people live there, it’s not worth as much.”

“We used to talk about equality, and now we’re talking about equity,” Hawkins noted.

Asked by Sadler about the theological basis for racism in churches, Cooper said that Cornel West calls racism a product of the Enlightenment. “During the age of conquest when Europeans were gaining property, they justified it with arguments about their superiority,” Cooper said. They then searched the Scriptures for justification and landed on the mark of Cain and the curse of Ham. “Racism came first, and then the definitions of race emerged as a way of controlling people — justifying the taking of their land, their children and the material wealth they produced,” Cooper said.

Hawkins said that to the ancient Romans and the Greeks, “African civilizations were highly esteemed.” Since both white and Black people were among the first indentured servants in the New World, “they didn’t have to deal with race. There was a bond there. Until the 1660s, the equation of slavery with Black skin hadn’t been made.”

“Here’s the deal: Is there any curse that Jesus’ blood hasn’t broken?” Cooper asked. “They were looking for a reason to oppress people. You know it wasn’t a God-birthed idea because even after people gave their life to Christ, nothing changed.” 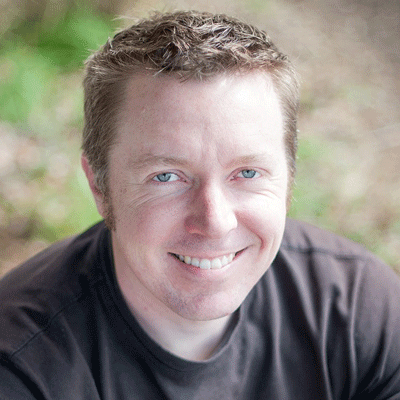 Jarrell said his European ancestors “understood that the work of God led us to this material blessing, and so you seize power and hold onto it because that’s how you understand God to be working in the world. It’s part of the way we have gotten stuck and need to get unstuck.”

Historically, the church “hid out” on issues including busing and affirmative action, Cooper said. “It’s not theological — it’s mostly sociological, but they made theological excuses.” The continued racial segregation in churches and other places “makes separation invisible to whites. Moving into whiter and whiter spaces just looks like success. The division begins to look natural to us when it’s not natural at all.”

“I do think there is change occurring in the white church,” Hawkins said. The leadership of the PC(USA) “is the most diverse it’s ever been,” but “at the local level change is very slow. … Change is happening in the white church, but life is so complex that no one statement is true for every aspect of Christendom.” 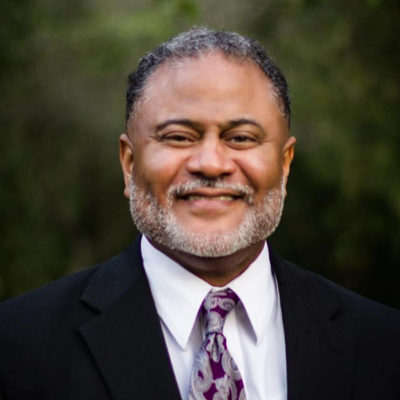 Sadler asked: How can local churches come together to dismantle racist ideology?

Clergy can help develop coalitions with leaders in neighboring churches, Cooper suggested. “Step 2 is to talk to people about your desire for the future of the congregation. Preach about it and pray about it, and what will happen is that as others get the vision, they will come alongside you. … You don’t have to be offensive in your sermons, but you do need to be honest. … Young people are becoming ‘nones’ because they say the church isn’t particularly Christian. The way to win them back is living Christ-like lives.”

Is it possible, Sadler asked, for white churches to be allies? What, he asked, would a “woke post-white church look like?”

White people, Hawkins noted, got killed marching with the Rev. Dr. Martin Luther King Jr., and “the Jewish community has been engaged in many parts of Black protest. A woke church is willing to take on uncomfortable issues.”

“The woke church would look like the Jesus movement,” Cooper said. “He had so many women following him and the guys never got it. Jesus was doing something radical his guys never caught up with. That’s heaven, and I’d like to see it on Earth.”