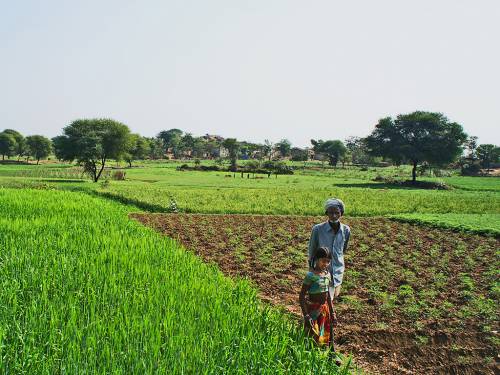 LOUISVILLE – Rural farmers in India are celebrating the certification of Udaipur’s Gati Village as Rajasthan’s first fully organic farming community. The designation will allow Gati to market its crops and products internationally. Nearly 300 farm families are covered by the designation as they seek to market major crops that include wheat and corn.

For several decades, the Presbyterian Hunger Program (PHP) has been supporting local communities around the world that are trying to move away from corporately controlled seeds and return to a traditional seed model of saving and sharing.

“India is one country where our partners are working to promote traditional seeds over genetically-engineered seeds,” said Valery Nodem, PHP’s international associate for hunger concerns. “We’ve been supporting groups that are trying to revive and retrieve traditional seeds because they believe the seeds are good for health, the soil and can produce a better yield if they are conserved and selected the right way.”

Since 1995, suicide has affected more than 300,000 Indian farmers, according to government census records, because of the stress and cost of farming.

“Farmers were told to buy corporate-produced seeds because they were told the seeds would be better,” Nodem said. “Farmers bought them not realizing they would have to buy more pesticides. One pesticide led to another and as a result, a lot of farmers got trapped in a cycle of debt and couldn’t dig out.” 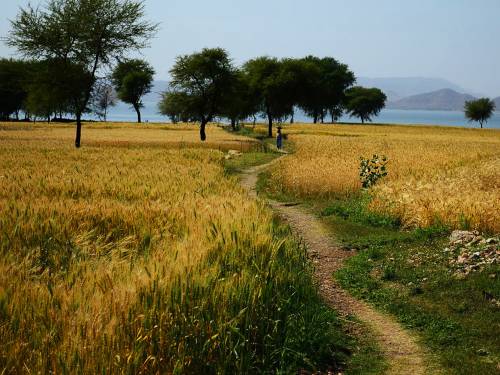 “Many individual Rajasthani farmers have been certified as organic through various pricey third-party certifications. Some are subsidized by organizations who buy all of their produce to serve the high-end organic market,” said W. David Kubiak, development director for Big Medicine Charitable Trust. “Individual certification, however, is extremely problematic here when neighbors’ fields and waterways are drenched with herbicides and pesticides. Gati’s collective certification model ensures the reality of an ‘organic’ crop as well as inspiring stronger village solidarity and cooperative community bonds.”

“This will depend on subsequent marketing and crop diversification efforts to deliver the 10–15 percent price premiums on crop sales the villagers now expect,” he said. “Currently, the local media coverage of the certification is a source of village pride, but they are still waiting to see how it will change their lives. Monsoon flooding wiped out half of their harvests last year, so this is not simply a profit concern, but a matter of survival.

“For Rajasthan, this is a big and timely milestone, because the state government has recently issued unfunded mandates to 11 of its 33 districts to create organic blocks (rural subdivisions) as soon as possible,” Kubiak said. “Since no programmatic guidance has been issued, local officials are at a loss on how to implement these directives, but the Gati model now offers them a clear, inexpensive and successful map. We and Jagran Jan are now working to compile a report on the project to dispatch to these designated districts to inspire and guide their own efforts in the months and years ahead. With luck, PHP will not only have helped catalyze an organic renaissance in one village, but across an entire state.”

Kubiak says the entire process was a long time coming.

“It took our Organic Jaisamand project manager, Panna Lal Patel, well over a year and included 44 village educational meetings to gain community consensus, and then the gathering of land, crop and economic data from all participating families,” Kubiak said. “After all of this data was collated and submitted to the government certification agency, their field inspections, soil testing and approval notifications took another two months.”

Kubiak says the PHP grant was not just helpful but was “critical to the project” since no other agency or non-government organization “seemed to understand its significance.”

“Panna Lal had already been studying, speaking and building relationships in the area during the previous year with the help of a national women’s uplift NGO. The initial aid regrettably dried up when the NGO’s new management arbitrarily decided organic agriculture would never exceed five percent market share and was too marginal to support,” he said. “When calls for help to other parties proved futile, it appeared that all this preliminary research and education work would go for naught. So PHP aid arrived at a very crucial moment and rescued the entire initiative.”

“They are able to go back to growing food that respects the environment, the earth and is better for people,” Nodem said. “Having crop production certified is a very good example and we will share this with other groups we are working with and tell them it is possible to go back to the traditional ways of growing food. That’s how the world was able to feed itself for over 2,000 years.”

On the organic front, Kubiak says the next challenge is to ensure the certification effort pays off for Gati villagers by helping them with a branding/marketing initiative, improved organic pest control techniques and a diversification of crops.

“We are also working to build a creative economy business incubation center in collaboration with the JRN Rajasthan Vidyuapeeth University, Jagran Jan and other allies to encourage social entrepreneurship and the creation of new startups that capitalize on local resources,” said Kubiak. “Those resources include organic produce, traditional craftsmanship, heritage treasures and artistic virtuosity among others.”

The Presbyterian Hunger Program is able to share God’s love with our neighbors in need around the world because of gifts to the One Great Hour of Sharing.