Home (not so) sweet home 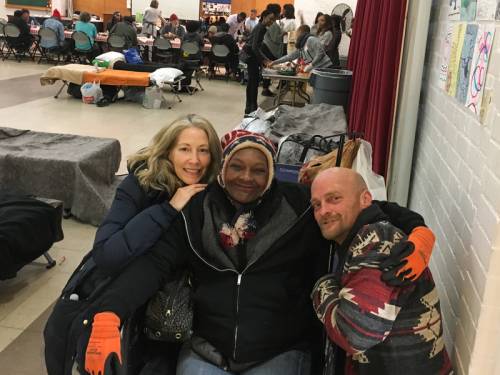 Tim faced a tough choice: pay child support or the rent. He couldn’t do both. So, Tim made his child support payment and began living in his car.

Tim’s situation reflects a harsh reality. He is among 58,936 people experiencing homelessness in Los Angeles, according to the 2019 Greater Los Angeles Homeless Count, published by the Los Angeles Homeless Services Authority. Of these, 25% live in shelters, while the rest live in cars, vans, RVs/campers, tents, makeshift shelters, parks, abandoned buildings or on the street.

The lack of affordable housing, coupled with wages not keeping pace with housing costs, is spurring homelessness nationwide. In California’s Los Angeles County, one-third of households spend more than 50% of their income on rent, rather than the 30% commonly advised by financial planners.

“Many individuals and families are just one paycheck away from homelessness,” said Rachel Eliser, who worked alongside the Safe Parking LA program as a Presbyterian Church (U.S.A.) Young Adult Volunteer in 2018–19.

In her work, Eliser met men and women living in their cars — experiencing what is known as “vehicular homelessness” — who were recently homeless and homeless for the first time.

The vehicular homeless are a fast-growing demographic of the affordable housing crisis. In Los Angeles County, about 15,700 of its homeless residents live in cars. In San Diego County, a January 2018 homeless count found that 1,262 residents lived in vehicles there, although the number is likely higher, because it didn’t include people living in RVs. And in Seattle’s King County, the unsheltered population increased by 15% between 2017 and 2018. In that same year, the number of those living in their cars leapt 46%, reaching 3,372.

Many communities are grappling with questions from the safety to the legalities of living in one’s car and are creating “safe lots” for the vehicular homeless to park in.

Safe parking tenants, Eliser said, are often college-educated and working 40 hours a week. All must complete an online application and compliance form, and have a valid driver’s license, as well as current vehicle registration and insurance.

“We are not case managers or social workers. We simply want to provide people with a safe place to sleep at night, while resting their body and their mind, so they can continue working to get back into housing,” Eliser said. “A lot of times you pick up the phone and start talking to someone, and all they need is an ear to listen. If that’s all I can offer, sometimes that’s their saving grace. That’s definitely a huge lesson I’ve learned.”

In August 2019, the City Council of Pasadena, just outside of Los Angeles, voted unanimously to expand the city’s Inclusionary Housing Ordinance to require that developers allocate 20% of housing projects for low- to-moderate income households. In Los Angeles County, a household of four earning $83,500 is designated as a low-income household, according to U.S. Department of Housing and Urban Development guidelines. Although this amendment to the Inclusionary Housing Ordinance doesn’t impact very low or extremely low income households, it will be a help to the working poor in Pasadena. 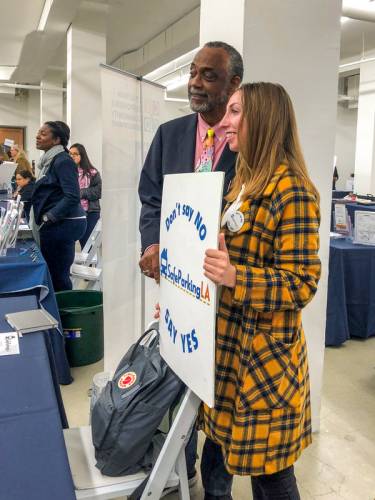 “I’m pleased with the city council’s decision,” said Philip Burns, certified city planner and principal of The Arroyo Group, a city planning and urban design firm. He added that it took about a year of tireless work by many advocates, including the Greater Pasadena Affordable Housing Group.

“A lot of folks, myself included, are in this group, pushing for greater housing justice and housing improvement overall, particularly for those who are low-income and very low-income,” he said.

Born and raised in Pasadena, Burns is chair of the children and youth committee at Pasadena Presbyterian Church, and also a primary teacher and current co-leader of children’s and youth ministries with his wife, Patty.

“Our families, many of them, are poor and really experiencing a lot of stress as a result of the housing crisis,” Burns said. “We had a large family pick up and move to rural Nevada, where somebody could get a job at Walmart, and where they felt the cost of living was so much less. They thought they could make it work that way; here they definitely couldn’t.”

Burns sees Pasadena’s inclusionary zoning as a tool to give working-class people stable and decent housing in communities that have all the advantages to be able to attract market-rate development.

“I was one of those private school kids,” Burns said. “My father was a scientist, so I grew up thinking I was going to be a scientist.”

In his second year at Brown University, while leading a Bible study on Luke’s Gospel, Burns began seeing things differently.

“It seemed that every time I read about Jesus uplifting those who were marginalized, it just felt like it was jumping right off the page,” he said.

While studying abroad in Chile a year later, Burns visited with Mariano Puga, a member of the Catholic worker-priest movement.

“Afterward,” Burns said, “I decided I needed to do something professionally and with my time that uplifts the least of these.”

As an urban planner, Burns dedicates his time to improving struggling communities and advancing justice, as he has with his work on the Inclusionary Housing Ordinance. But children and youth ministry are a part of that, too.

“It’s holistic, working daily with folks who are in rough situations,” Burns said. “It’s not abstract, so I teach them to hang on to God’s promises and know who they are in Christ.”

The Refuge, an outreach ministry of First Presbyterian Church of Hollywood since 2012, provides winter shelter by agency referral for 25 of the most vulnerable homeless guests. Guests rest and heal inside the church, so they can be ready to connect to permanent supportive housing as it becomes available. The Refuge has been so successful, the Department of Mental Health of Los Angeles County has asked, “How can we replicate this?”

Amie Quigley, director of urban mission and community outreach at First Presbyterian-Hollywood, said, “There are some things that we do at The Refuge that anyone else could do, but then, ‘the rest is Jesus.’ ”

Quigley also chairs the Homelessness and Housing Task Force for the Presbytery of the Pacific and coordinates the Hollywood Healthcare Partnership, which brings mental health and social service providers together to work in partnership to move people experiencing homelessness into housing.

The Rev. Heidi Worthen Gamble, mission catalyst at the Presbytery of the Pacific, shares a story of a guest named Mark. Like many who take refuge at First Presbyterian, Mark was given a clean bed in the fellowship hall, along with a warm, hand-prepared meal served with kindness by church volunteers. Over time, Mark moved into permanent supportive housing, stabilized on medication, took his first communion and was baptized. He now takes part in church activities and helping others.

“Housing is key! Everything must bend toward housing — and relationship,” Worthen Gamble said. “That’s what we are trying to teach our folks who are disconnected or stuck in soup kitchen mode.”

The Refuge doesn’t receive any government funding. First Presbyterian-Hollywood contributes about $40,000 a year to keep the program going. High-quality mattresses, new pillows and sheets are purchased or donated for the foldable cots set up in the fellowship hall. Guests’ names are on their beds when they arrive. Volunteers prepare dinner for the guests every night and develop relationships with them through conversation, games, singing and worship.

In Lomita, California, St. Mark’s Presbyterian Church is focused on eradicating systemic poverty by partnering with case managers to reach out to a homeless encampment near the church with food, clothing, friendship and job training.

After housing placement is achieved, volunteers continue their mission of mentoring, advocacy and empowerment in practical ways, such as help with budgeting and meal planning.

Homelessness on the rise

According to the U.S. Department of Housing and Urban Development (HUD), the following states have seen increases in the number of homeless people between 2017 and 2018:

States with the largest increases in homelessness in families with children: