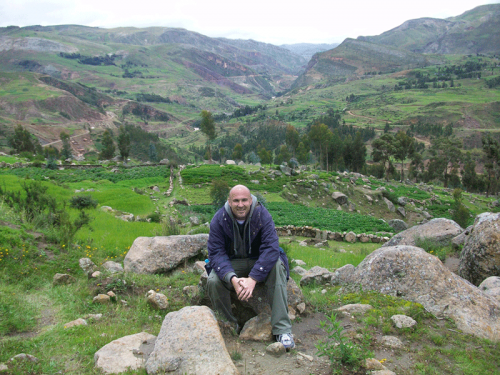 LOUISVILLE — The need for companies to refrain from infringing upon the human rights of others was emphasized in an Ecumenical Advocacy Days workshop this week.

Speakers included Presbyterian Church (U.S.A.) Mission Co-Worker the Rev. Jed Koball as well as Anita Dorett, director of the Investor Alliance for Human Rights, an initiative of the Interfaith Center on Corporate Responsibility (ICCR). PC(USA) is a member of ICCR and helped found the center many years ago.

During the workshop, Manuel Pérez-Rocha, an Associate Fellow with the Institute for Policy Studies, also spoke, and Aldo Caliari of the Jubilee USA Network, a PC(USA) partner organization, served as moderator.

Koball, who accompanies the Peru Joining Hands Network, discussed a campaign by the people of La Oroya, Peru and allies, such as the PC(USA) and the Presbytery of Giddings-Lovejoy, to fight local contamination from a metallurgical smelter and defend the people’s right to clean air and clean soil. Eventually, the operating license was revoked, stopping the smelter. But soon afterward, the holding company filed a lawsuit, leading to public hearings and the need for additional advocacy work. PC(USA) was involved in that work as well as speaking against a free trade agreement that they worried would further corporate interests.

Despite strides made, the lawsuit is “still out there lurking,” Koball said. “In the meantime, we’re working with our partners on environmental and human health laws addressing La Oroya and other areas throughout the country of Peru and (there has been) a lot of progress, but those laws are all threatened by this lawsuit out there because if this lawsuit wins, the government’s gonna say, ‘Hey, we can’t enforce environmental regulations, because we’re gonna get sued if we do.’” 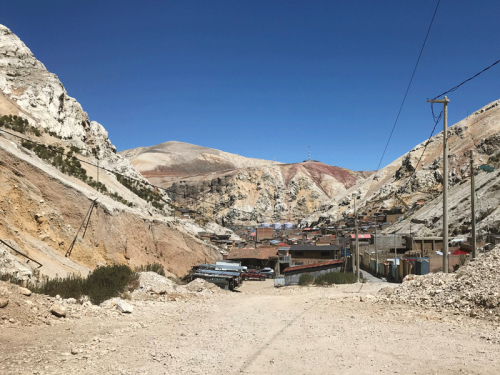 Decades of toxic emissions from a nearby smelter in La Oroya, Peru, caused acid rain that burned the hillsides. (Photo by Jed Koball)

Earlier in the workshop, Dorett was introduced and helped frame the discussion through the lens of her work, which involves engaging corporations on human rights due diligence based on the United Nations Guiding Principles for Human Rights and other international human rights standards and laws.

“We’re all here today because we recognize that our global community, both people and planet, face severe crisis, from the COVID-19 pandemic to the climate crisis to growing social and economic inequalities,” Dorett said. “Risks posed by ever-evolving technology have resulted in the proliferation of misinformation, viral hate speech, increased levels of illegal surveillance and discrimination against vulnerable communities, amongst other issues like racial and gender discrimination due to artificial intelligence and algorithmic bias.”

Furthermore, millions of people are working under conditions akin to modern slavery, and child labor is taking place “in supply chains of companies that many of us, through our pension funds, our own savings, are invested in,” Dorett said.

However, in the United States and abroad, there is a push for businesses to take steps to prevent, mitigate and account for how they have caused or contributed to human rights impacts through their activities and relationships, Dorett said.

Strides include President Biden signing the Uyghur Forced Labor Prevention Act in December. It bans imports from China’s Xinjiang region unless importers can show there’s been no forced labor used to create the products.

Also, a proposal was recently introduced in the European Union to require companies to conduct human rights and environmental due diligence as it relates to their business decisions, activities and relationships, Dorett said.

“This is a very important step,” she said. “Companies are very used to conducting due diligence, but they’re focused on financial due diligence, business performance, whereas here, we’re really asking them to go into non-financial risks, human rights risks and environmental risks, and that’s a really very important central piece of legislation that is, hopefully, going to bring us into the …. next phase, where we can hold companies accountable.”

Pérez-Rocha talked about a successful campaign by the Salvadoran people to defeat multiple mining companies. With the help of international allies, the people pushed the legislature to pass a ban on all metallic mining countrywide in 2017.

Along the way, global attention was drawn to “Salvadoran demands to protect water and health from the very bad impacts — the destructive impacts — of gold mining,” he said. Also, an “international campaign connected the local struggle to protect Salvador’s water from mining to the hands of the unjust investor protection framework that perversely allows corporations who have wreaked havoc where they operate, to sue governments for expected profits.”

To learn more about PC(USA)’s work in Peru, go here and to read about faith-based investing, go here.