Water, culture and justice make up the first day agenda 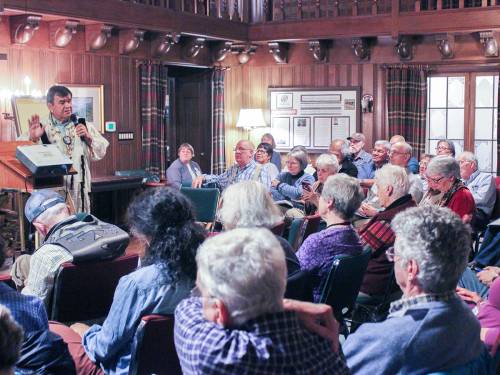 CORBETT, Ore. – Clear blue skies were on display during the opening day of the Presbyterians for Earth Care Conference at Menucha Retreat and Conference Center near Portland, Oregon. Just two weeks ago, organizers were concerned that the smoke and flames from a season of wildfires would force them to find a new location.

As firefighters gain control over the flames, the air is less smoky and closed roads are now beginning to reopen. Traveling along the Columbia River Gorge, the only signs of the fire are small plumes of smoke scattered across the mountains and the few sections of forest where burned trees have been removed. State officials estimate more than 1,000 square miles of land have been scorched by wildfires this summer with an estimated price tag of more than $340 million in firefighting costs.

But for the 70 people participating in a pre-conference gathering at Menucha, it wasn’t the fire that topped the agenda, but the Native American population living in the region and the continuing struggle to hold on to their past, while facing a challenging future.

On Sunday evening, early attendees caught a glimpse of these struggles as three guests shared emotional stories of shrinking food sources and a culture that is slipping away.

“For generations our families have been broken. We never thought of ourselves as landowners but migratory people. I live on the Columbia River in shanty Third World conditions,” said Jack. “We deserve to be treated with dignity and honor instead of being written out and stereotyped as drunk, lazy Indians.” 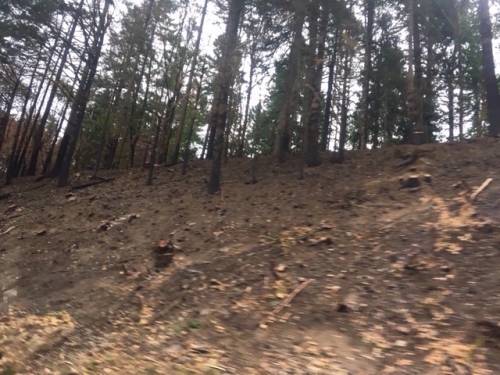 “The disease on earth is human. The body of Mother Earth has an immune system and when something attacks it, she reacts to it,” said Merculieff. “But the earth’s life support systems are being pushed to the edge despite good efforts by people. Storms, hurricanes, floods, and fires will intensify.”

The Presbyterians for Earth Care conference will continue until Friday and will include visits with Native American communities, fisheries and local dams. A series of workshops will be held, conducted by local environmentalists as well as Presbyterian leaders and staff from the Presbyterian Hunger Program and Office of Public Witness.

The Menucha Center hosts church and other ecumenical groups year round. It has been owned and operated by First Presbyterian Church of Portland for nearly 70 years.