The budget requests, totaling about $140.8 million, will be sent to the 225th General Assembly for consideration 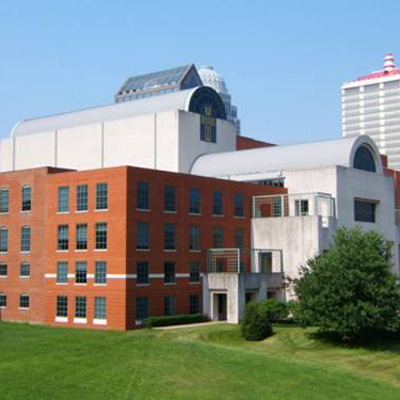 The Presbyterian Center, at 100 Witherspoon Street in Louisville, Kentucky, is being renovated to prepare the denominational headquarters to host the 225th General Assembly. (Contributed photo)

The proposed budgets will be forwarded to the 225th General Assembly this summer for consideration along with the PMA’s Mission Work Plan.

The Rev. Dr. Diane Moffett, president and executive director of the PMA, presented the proposed budgets with the help of mission agency leaders and Ian Hall, the chief operating officer and chief financial officer of the Presbyterian Church (U.S.A.), A Corporation.

During both of the upcoming years, the budget relies on the use of available designated and restricted funds — about $15.5 million in 2023 and about $15.1 million in 2024, Hall said.

In Matthew 25 terms, building congregational vitality (including new worshiping communities) and eradicating systemic poverty will each consume 30% of both years’ budgets. Dismantling structural racism takes up 23%. The remaining 17% will be budgeted to “other work,” including administration.

Of the PMA’s ministry areas, World Mission will be allocated 25% of each year’s budget. The next largest is Compassion, Peace & Justice, with 24%, followed by Theology, Formation & Evangelism at 16%.

Sources of income each year include investment return (32% each year), Special Offerings (21%), giving by congregations, mid councils and individuals (15%) and other income, including earned income from sales, registrations, etc., which will account for 12% of income.

In terms of staff, the largest ministry area is World Mission with 107 mission co-workers and other staff. That’s followed by TFE, with 48 employees, and CPJ, with 38. The executive director’s office is the smallest group, with eight employees.

“These budgets are a lot of numbers,” Hall told board members. “But they add up to the story being shared, being the hands and feet of Christ on the ground.”

“We will seize the moment,” Moffett told the board, “serving God with energy, intelligence, imagination and love.”

A Corp President Kathy Lueckert has been shepherding the renovation of the Presbyterian Center in Louisville to accommodate not only the upcoming Assembly, but meeting space and other outreach opportunities down the road.

“We are excited this is coming together,” Lueckert said, sharing some recent photographs to update board members on the considerable progress being made. “If you’d asked in January when we didn’t have a building permit, I would have given you less than 50-50 odds” the renovation would be completed in time for the Assembly. Now the completion of the work is at hand.

On May 23, Mid-Kentucky Presbytery plans to hold a presbytery meeting in the renovated space. “They will be our guinea pig,” Lueckert said, “to test our facility and the technology before it’s showtime with the General Assembly.”

Lueckert credited Deputy Stated Clerk Kerry Rice, “who had the vision for this conference center.”

“It will serve the upcoming Assembly” as well as boards and committees of the PC(USA), Lueckert said, which can make use the new conference center during the coming months and years. “We also look forward to marketing this to the community and to some of the close-by hotels that don’t have this kind of meeting space.” 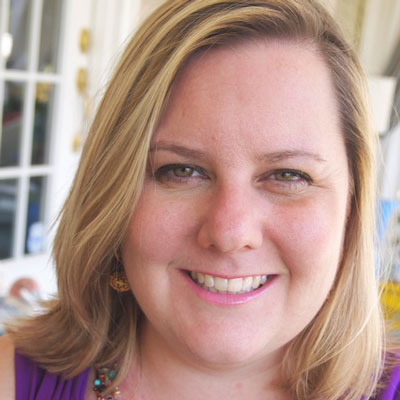 The Rev. Shannan Vance-Ocampo is chair-elect of the Presbyterian Mission Agency Board.

The Rev. Shannan Vance-Ocampo, the board’s chair-elect, toured the renovated space last week while in Louisville for a meeting and was surprised at all the improvements made since her visit. “It was fun to walk through and see the space,” Vance-Ocampo said, adding that the three new conference rooms “are very flexible” and are outfitted with pocket doors to modify possible configurations, depending on the needed space.

After the Rev. Warren Lesane Jr. gave his final report as the board chair, Vance-Ocampo said the entire board “is grateful for your service, tenacity and leadership. We are sorry to see you go and grateful for the gift God has given us, knowing it was for such a time as this.”

Jim Rissler, the president and CEO of the Presbyterian Investment & Loan Program, led the board through its opening devotion by telling personal stories that, judging by the written comments following his talk, rang true with both board and staff members.

While preparing for the devotion, Rissler said his mind kept moving from unrest throughout the world and the nation and the need for peace, especially in Ukraine. The United States has suffered 158 mass shootings in the first 115 days of 2022, he noted. “For this peace, we can pray, use our voice and vote” to redirect priorities and move toward a better tomorrow, Rissler said. 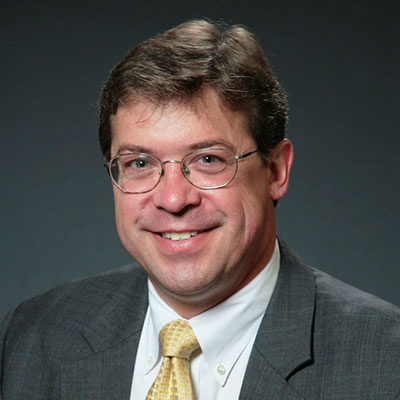 Jim Rissler is president and CEO of the Presbyterian Investment & Loan Program.

Brief moments of peace “are often around us if we take the time to notice,” such as “the heartfelt warmth you feel watching your child awake.” Rissler said he experienced an entire day of peace the day he got married 38 years ago. “I remember feeling a kind of peace I could not explain,” he said. “My entire soul was at peace, a clear sign we were doing the right thing.”

Some people go to extraordinary lengths to bring even a modicum of peace during trying situations. Rissler read an article about an airport shut down by a snowstorm. One passenger was “beside herself,” ranting and raving about the effects of the shutdown to anyone she could find. Another woman took a different tack: she cleared out a place on the floor, invited a few children from nearby gates and started them off playing games with one another. The children had fun, and their parents could relax for a while.

Rissler read another account of a neighborhood barbecue interrupted by a gunman demanding purses and wallets. But since it was a block party, most people had left those items at home. The would-be robber grew irate, until one of the guests offered him a glass of wine. Another provided him a plate of food. The man sat down and put his gun down.

He began sharing his own hardships and challenges, telling the guests he was afraid he’d made a big mistake that day. One by one, the neighbors hugged him, and he left peacefully.

A while ago, Rissler was stopped at a red light, which, as they’re wont to do, turned green. Before he could get going, the driver before him laid on his horn, “and I responded in kind,” Rissler said. The same thing happened two days later. This time, Rissler just waved at the other driver.

That bit of peacemaking may not have been on par with the other two, “but it was a start,” Rissler said, offering up other potential examples: a helpful hand, a nice word, a turning of the other cheek, a random act of kindness, forgiveness — a smile. “Maybe, just maybe,” he said, “if we look for more ways to be an instrument of peace in everyday lives, it will spread and we will see real change in the world.”