DECATUR, Georgia — “Irresponsible borrowing decisions are felt on the backs of the people” Catherine Gordon, representative for international issues in the Office of Public Witness, said in Debt, Disaster and Corruption, the first in a series of global debt webinars co-sponsored by OPW, the Presbyterian Hunger Program and Presbyterian Disaster Assistance.

Watch the Spanish-language version of the webinar here.

Speakers from Puerto Rico and Sri Lanka highlighted the ways that unsustainable debt exacerbates issues around hunger and disaster assistance among many other systemic problems in low-and middle-income countries. “Keeping people in bondage to debt undermines the issues we care about in regards to climate justice, gender justice, food security and resiliency in terms of disaster,” said Gordon.

“Unsustainable debt (according to the International Monetary Fund and the World Bank) is when a country is unable to project that it will be able to comply with its debt obligations in the future,” said Aldo Caliari, Senior Director of Policy and Strategy for Jubilee USA Network, a partner of the Presbyterian Mission Agency for more than 20 years. Caliari points out that in order to pay off debt – which can reach up to two-thirds of what indebted countries may spend on social programs, many countries are defaulting on their obligations to their own citizens in providing for health care, education, infrastructure and social protection. 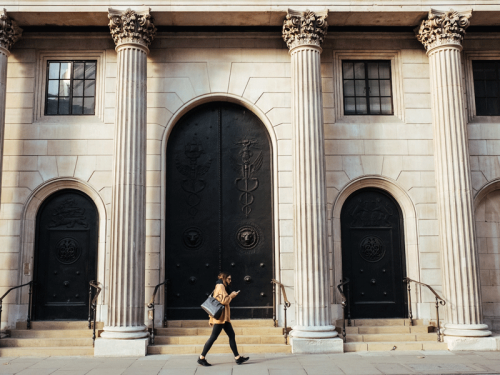 Photo by Robert Bye via Unsplash

A recent study by the World Bank charted the effects of five decades of debt on certain countries prior to the pandemic. Caliari noted that the pandemic with its lockdowns and halts to economic activity and the supply issues surrounding the war in the Ukraine have only intensified debt problems around the world.  “We now face an unprecedented 345 million people around the world facing food insecurity. Nine out of 10 countries have seen inflation of more than 5% of the price of food. In the poorest countries, 90% of a household spending is food.”

The Rev. Heriberto Martinez-Rivera, a pastor in Puerto Rico, said nearly 70% of children there are living in poverty and that unemployment is around 12%.

“We have to find a way to find justice for all members of society,” Martinez-Rivera said, adding “many developing countries are facing this issue.” Added to the debt problem in Puerto Rico is “a lot of corruption. It’s almost a pandemic.”

The work of the church is to help restructure the debt  and insist on an audit, he said. “We depend on the U.S. Congress to look for justice in this economic crisis,” Martinez-Rivera said.

Food insecurity plays a significant part in Sri Lanka’s debt crisis, according to Sarala Emmanuel, a speaker from Sri Lanka’s Feminist Collective for Economic Justice. In 1978, Sri Lanka “stopped investing in agriculture,” instead relying heavily on imported food. “That’s why we’re in crisis. People are just unable to manage, and there’s so much hunger and starvation,” said Emmanuel, adding that one in seven children has dropped out of school due to lack of access to food and inability to concentrate due to the effects of hunger. When Sri Lanka’s economy could not generate enough profit from exports to pay for imported food, Emmanuel described a system of taking on foreign loans to feed the citizens and then more loans to pay off other loans. 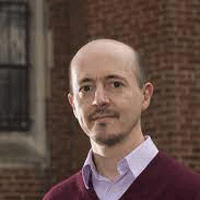 When an economy recovers slightly, it still is vulnerable. Caliari pointed out that countries are often reclassified from low income to middle income when economic realities improve, debt is reduced or definitions change. The change in status can affect a country’s ability to qualify for debt relief or lower-interest loans to continue to their economic recovery efforts.

The Common Framework for Debt Treatment can help low-income countries reduce the amount of debt they carry. Since this process of debt reduction was adopted by The Group of Twenty (G20) in 2020, 73 countries were determined eligible. Caliari reports all those who applied are still waiting to receive debt relief 18 months later. According to Caliari, the Common Framework requires private sector creditors to participate but does not set up ways to enforce participation.

Caliari’s organization, Jubilee USA Network, produced petitions for individuals and the organizations to which they belong to sign, urging the G20 and IMF to cancel debt and expand debt relief for developing countries to bolster health care and protect vulnerable workers and the environment as they confront Covid.

Emmanuel reported that women, who because of their work in agriculture and migrant labor economies of Sri Lanka are highly impacted by the debt crisis, are looking for ways to restore traditional agriculture practices to grow food rather than rely on imported or GMO products. In Sri Lanka, where according to Emmanuel poverty impacts 42% of the population, older women farmers who have protected non-modified seeds are “imagining a different economy … a caring economy that puts people first.” Emmanuel urged similar people’s movements around the world to communicate about the widespread crisis of debt and share their analysis of how the global economic system contributes to it and can be held accountable.

“And forgive us our debts as we forgive our debtors,” by focusing on the gospel of Matthew’s version of the Lord’s Prayer, suggested one speaker. The Rev. Dr. Amaury Tañón-Santos provided a theological lens on which to view debt and our calling as Christians to relieve it. Tañón-Santos called the move from God’s action to our human action intentional. “Forgiven debts will free the indebted party to start anew. Forgiveness of debts also free the creditor from the burden of greed and accountability over the lives and livelihoods of the persons over whom the debt is held.”

Click here for more information on the Jubilee USA Network petitions to the IMF and G20. Go here for actions New York state residents can take. Background articles on these actions are here and here.