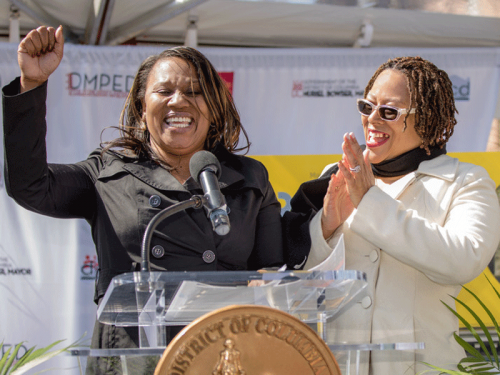 The Presbyterian Hunger Program put on the webinar to show how CBCO can be used as a powerful strategy for eradicating the three foci of the Matthew 25 invitation: poverty, dismantling racism and building congregational vitality, said PHP National Associate Andrew Kang Bartlett.

“There is a type of relational power that can be built and that can shift dominant power and shift systems,” said the Rev. Alison Dunn-Almaguer, the webinar’s featured speaker.

Dunn-Almaguer is senior organizer for the Washington Interfaith Network (WIN), a PHP partner that has been working for the last 25 years to organize faith institutions, nonprofits and unions into a collaborative force for change.

“We’re an organization of 50 different institutions within D.C.,” she said. “So, they are churches, they are mosques, they are synagogues, unions and nonprofits. … We organize institutions because institutions have a shared set of values, and they have a larger amount of people to be able to organize within.”

One of the areas in which WIN has been successful is affordable housing, including the redevelopment of Temple Courts, which had previously been leveled after falling into disrepair. (Read more details in this issue of the PHP post).

“The only reason we got that agreement from the mayor is because we had African American congregations, we had synagogues, we had white congregations in a very affluent part [of the district]. All of these, when we got together with the mayor, made us a little scarier in many ways,” she said. It was apparent that “Whoa, this is not just one group or one neighborhood … and we had leaders from all eight wards to say this is what we want to see and where we want to see investment.” 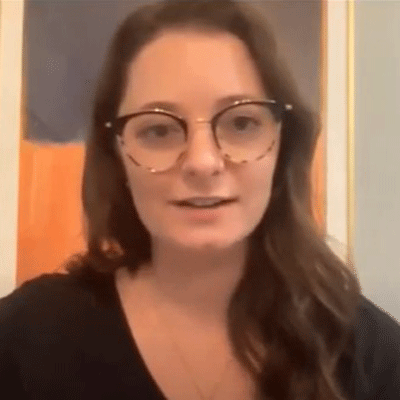 Dunn-Almaguer stressed the importance of diversity when doing such organizing. “The more diverse we have of a group, the more power and also the more accountability we have and more understanding we have to different groups of people in different spaces.”

WIN also is “explicitly nonpartisan,” she said. “I always like to say, ‘We don’t care who you are.’ We want to hold you accountable if you’re Republican, Democrat, blue, purple, pink, whatever,” whether you’re an elected or corporate official.

Another aspect of WIN’s organizing is that it does not focus on one issue, she said. “We work on jobs, housing, community safety, whatever comes up from the community through listening,” she said.

The organization also strives to be as financially self-sufficient as possible, thanks to congregations paying dues, and the support of individual donors and foundations with “a shared vision.”

Later, when discussing organizing within churches, Dunn-Almaguer emphasized the importance of being a good listener to understand people’s interests and desires, and then to “work together to create it.”

WIN was instrumental the summer in securing relief for transit workers, who were receiving inadequate pay and living in fear of losing their jobs because of a rule that made it risky to even take bathroom breaks.

“What we began doing is organizing alongside of these transit workers and what that means is we had our congregations and our churches starting to go into bus yards and meet workers and say, ‘What is your experience like? … We don’t like that you’re experiencing this, and we want to do something about it.’”

From there, “we began to build teams, we began to build these strange relationships where you’d see clergy collars and pastors and lay people hanging out in bus garages and outside of union meetings and getting to know workers and beginning to see beautiful things happen,” she said.

Eventually, talks began with management, who could see that “these workers were not alone,” and that “we will not tolerate any retaliation for organizing,” she said.

Since then, there has been increased pay for workers, multi-million-dollar investment in regional transit and other successes.

Also, some people have started looking at churches differently, Dunn-Almaguer said. “There’s a young man named Michael who I’ll never forget, came up to one of our pastors, and he said, ‘I never knew the church cared about me, and my job and my life. I thought it was only about my salvation. But when you came to this bus yard and you showed me that you cared about my job, and you fought with me, it made me recognize maybe people of faith aren’t so bad.’”

The Presbyterian Hunger Program is one of the Compassion, Peace and Justice ministries of the Presbyterian Mission Agency. Its work is made possible through gifts to One Great Hour of Sharing.