Dr. Stephen Patterson, author of ‘The Forgotten Creed,’ accepts the 2021 Grawemeyer Religion Award with a talk on race, class and gender 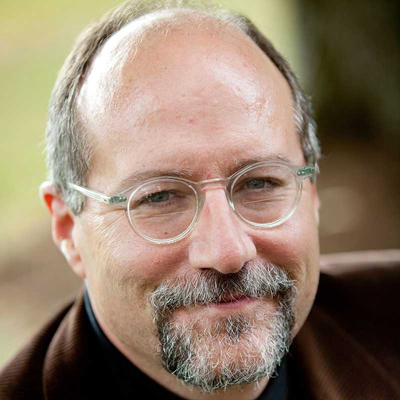 Dr. Stephen Patterson is the winner of the 2021 Grawemeyer Religion Award (Contributed photo)

LOUISVILLE — When the Apostle Paul quoted what may well be Christianity’s first creed in his letter to the Galatians, he boldly proclaimed that all baptized believers are God’s children:

“For you are all children of God in the Spirit

There is no Jew or Greek;

There is no slave or free;

There is no male or female.

For you are all one in the Spirit.”

“Race, class and gender. The creed is about that,” said Dr. Stephen Patterson, accepting the 2021 Grawemeyer Religion Award last week from Louisville Presbyterian Theological Seminary and the University of Louisville. It was “important to underscore you are all one — not you are all the same. It doesn’t discount difference and diversity. Oneness signals solidarity, not sameness.”

Patterson, the George H. Atkinson Professor of Religious and Ethical Studies at Willamette University in Salem, Oregon, was awarded the $100,000 prize for his 2018 book, “The Forgotten Creed: Christianity’s Original Struggle against Bigotry, Slavery and Sexism.”

This forgotten creed, Patterson said, “expressed the first impulse of the Jesus movement to create a community beyond caste.” But it didn’t last, according to Patterson.

Despite Paul’s admonition to believers in Corinth not to become “slaves of human masters,” the enslavement of the poor and foreigners in Rome was common at the time, according to Patterson. “The Rome economy was a slave economy. It was the third rail, so people didn’t challenge it,” he said. “When Paul talks about slavery, he is not as clear as when he is talking about Jews and Greeks. The topic may have made him nervous … I wish he had been more clear. There are texts that show early Christianity was interested in freeing slaves.”

Most scholars, Patterson said, believe what’s traditionally attributed to Paul in 1 Timothy 6:1-2 about those under the yoke of slavery regarding their masters “with all honor” was probably written by someone writing in Paul’s name during the early 2nd century CE.

As for asserting there is no male or female, Patterson made the connection with Paul’s efforts to end the existing caste system.

“It’s not true Paul was the misogynist in chief,” Patterson said. “We get that from 1 and 2 Timothy and Titus, none of which were written by Paul.”

When Paul says in 1 Cor. 14:34 that women “should be silent in the churches,” many scholars believe it’s a late insertion into the text, according to Patterson.

“Paul is more nuanced,” Patterson said. Theologians including Dr. Elisabeth Schüssler Fiorenza “say Paul’s Jesus movement featured many women as leaders. Romans 16:1-2 is important in understanding that. It’s a letter of recommendation for a woman named Phoebe, a leader of the church, a patron of many,” including Paul. “Patronage was a big part of ancient life. A client had certain legal obligations,” Patterson said, and thus Paul’s relationship with Phoebe was one of a subordinate. In that 16th chapter of his letter to the Romans, Paul is “name-checking people to impress people. He knows all the important people that they know, and about half of those important people are women.”

So what happened to that first creed?

“The first creed was a little too unbelievable, too unconventional,” Patterson said. “People didn’t expect to be joining such a radical movement. To redefine roles for women, slaves, native and foreign born, was perhaps a bridge too far for most people.”

In addition, he noted, baptism became a rite of initiation, possibly within Paul’s lifetime. “That changes the function of baptism. It becomes the boundary between those inside and outside,” Patterson said. In time, the “new thing becomes the old thing, a conventional thing. By the Middle Ages, you have to be baptized to be a functioning member of society.”

Finally, Patterson said, the church itself “became an expression of caste.” By the time Christopher Columbus was set to sail to the New World near the end of the 15th century, “it was acceptable for Christians to enslave Muslims, but not Christians. You could enslave unbaptized people, but not baptized people.”

Thus, “the first marker of caste in the Americas was not color. It was baptism,” Patterson said. “It became a matter of color when baptism became too malleable as a boundary.” Soon enough, Patterson noted, “enslaved people sought out baptism as a route to freedom. Slavers shifted to color, a more impermeable boundary to mark the caste system.”

Religion, Patterson said, continued to play “a decisive role in justifying enslaved people.” When Christian enslavers read that God cursed Cain and put a mark on him after Cain murdered his brother, Abel, “it made him Black,” Patterson said. The same was true for them for Noah’s son Ham, who after looking on his drunken father’s nakedness was cursed into slavery by Noah.

As for the creed itself, “this was Christianity’s first creed. Before we started thinking about the nature of God or Christ or how people are saved, we had this remarkable statement of solidarity.”

It’s helpful, Patterson said, for Christians to realize today’s most difficult issues — race, class and gender — “are not new issues. They were issues for the church from the get-go.” They’ve “been on the minds of the followers of Christ from the very beginning.”

“This first creed was all about solidarity, not separation, not about joining an exclusive community. It was about forming solidarity against lines of race, class and gender,” Patterson said. “This creed is calling the church to be something new in this time and place.”

During a question-and-answer session following his talk, Patterson said the United States “has had a pretty brutal and firm caste system for a long time, and there’s no excuse for that, and for the way we have used it over the years and the way we continue to use it.

“We may not get it perfect,” Patterson said, “but we can do a lot better than we have done in the past 400 years.”

The nation’s class divide “is the great unspoken reality, I think,” Patterson said. “James Baldwin said that unless we figure that out, we will never figure out white people’s race problem. America has always used race to tell struggling whites, ‘You’re not really struggling. You may not be as rich as Rockefeller, but you’re not Black.’”

“That way of handling class has been poisonous to us for generations and it is poisoning us right now,” Patterson said. “We have to develop solidarity to span these divisions. We won’t be a great nation until we deal with our original sin.”