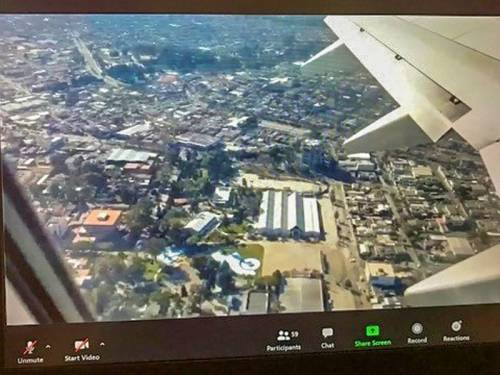 LOUISVILLE — A virtual ‘trip’ to Guatemala with World Mission’s long-time partner, the Protestant Center for Pastoral Studies in Central America (CEDEPCA), may help you break free from pandemic isolation — at least in your mind and heart.

Whether you already know a lot about immigration or are just learning about the situation of the people of Guatemala, the 90-minute round-trip journey may be just the ticket to a better understanding of complex migration and deportation issues. It will help to answer frequently asked questions, such as “Why and how do Guatemalans migrate?” and “How has COVID-19 impacted Guatemalan migrants and their families? 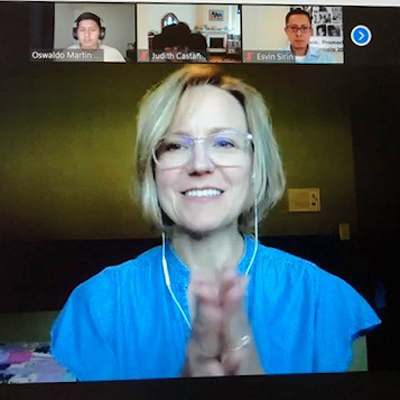 “Today we recognize that all human beings — from birth to death — are in motion, constantly being called by the Spirit of God to live and to love more faithfully,” said PC(USA) mission co-worker the Rev. Betsey Moe, Intercultural Encounters facilitator with CEDEPCA.

“We all long to move from who and where we are to who and where God wants us to be,” Moe said before introducing the Guatemalan all-women band, Na’ik Madera, to kick off the virtual journey with their song, “Caminantes.”

“We will be ‘traveling’ from Guatemala to San Francisco and back again to learn what’s going on with immigration,” said Judith Castañeda, general coordinator of CEDEPCA. The hope, she said, is that all travelers will return home with “fresh perspectives and ideas to be a voice for the voiceless in their communities.” 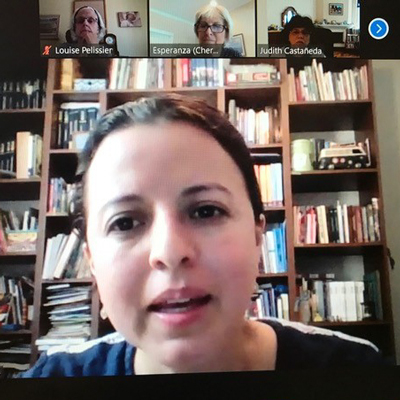 During the journey, the Rev. Leslie Vogel, World Mission’s regional liaison for Guatemala and Mexico, interpreted an in-depth presentation “Migration, Deportations and COVID-19,” by Lizbeth Gramajo Bauer, a researcher at the Universidad Rafael Landívar in Guatemala City. The travelers also heard from Oswaldo Vidal Martín , who migrated to the U.S. with his mother when he was four. Martín is fluent in English and his heart language of Mam. He works in his father’s construction company and also serves an interpreter in the superior court in Oakland. He is on a mission to ensure asylum-seeking migrants who speak Mam have their voices heard in court. 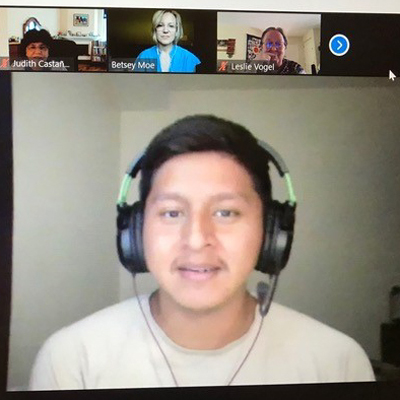 The journey began at the CEDEPCA Center in Guatemala City, where Esvin Sirin, CEDEPCA’s Intercultural Encounters facilitator in charge of logistics, shared a personal and biblical perspective as a migrant and deported person.

“In 2002, my mother, after several attempts of applying for her visa and being rejected, decided to make the trip to the U.S. I have a brother that has been living there since 1990, and she wanted to see him and her grandchildren and spend some time with them. So, we migrated together. I was 15 years old.”

Sirin attended high school in the U.S. for three years, graduating in 2005. He worked in low-paying jobs in a car wash and gardening before being encouraged to go to vocational school to become a certified nursing assistant. “That was a gratifying job,” he said.

Someone Sirin considered a friend, who worked at the same facility, became jealous and turned him in to the California Department of Public Health. He spent three weeks in the Riverside County Jail before being transferred to the custody of U.S. Immigration and Customs Enforcement (ICE). After being detained for a month in Louisiana, he was deported on Aug. 10, 2009. He remembers arriving at the airport in Guatemala in his detainees’ uniform and sandals, feeling like a criminal in his own country. 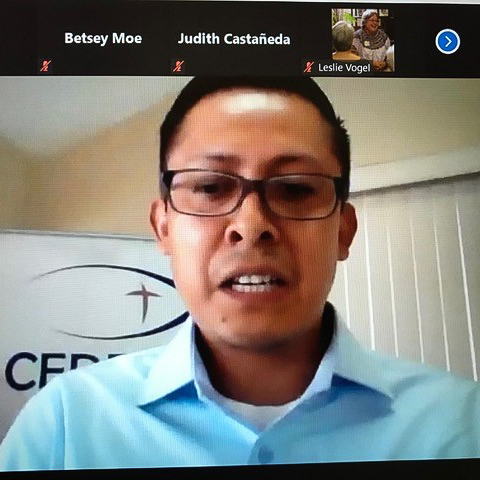 “At that point, I felt like I had lost my identity,” Sirin said. “I thought I belonged to the U.S. society, but that was not the case; I felt like a stranger in my own country.”

“The word ‘stranger’ resonated in my mind and heart,” he said. “But in Guatemala I learned and experienced that God is a God of strangers.”

At one point while reflecting and trying to make sense of why he was deported, Sirin thought maybe God listens only to prayers in English, since in the U.S. he had everything he needed and in Guatemala it seemed his prayers were not reaching God.

“It was here in my community of faith and CEDEPCA that I learned the preferential love that Jesus has for the strangers. When I had no place to go, my community provided me shelter and company. CEDEPCA provided me education that transformed me and walked with me to rediscover my identity.”

During this time of pandemic, Gramajo Bauer urged advocates in the U.S. to think of ways to help migrant people in their own communities. They may be ill or need food and cleaning supplies, but may not be reaching out because they are afraid of being deported, she said.

For more information on the topic of CEDEPCA’s next virtual journey, which is scheduled for Aug. 26, email Nancy Carrera or Betsey Moe.