LOUISVILLE — To accompany congregations on their missional journey, mission co-workers periodically return to the U.S. to travel around the country for interpretation assignment.

Like nearly everything else, that changed with the pandemic. This year, two mission co-worker couples will forge a virtual path to meet with their supporting churches.

For the Revs. Scott and Elmarie Parker, serving in Lebanon, Syria and Iraq, among their many challenges is that at their home in Beirut they have electricity and an internet connection only for a few hours each day, making it nearly impossible to commit to an interpretation schedule.

So, they came to the U.S. to shelter-in-place and travel time zones from their family homes in Oregon and Nebraska. They will meet with mission committees and preach virtually for the next three months, but the way they are approaching the process goes far beyond their travel schedule.

They have been inviting congregations into a collaborative process, finding out what would be the most meaningful way to connect with their congregation or presbytery.

“It’s been great to communicate that way,” said Elmarie Parker by phone. “Just to let them know we are aware that they are exhausted and we know things are all over the place. We not trying to ask them to fit into our modalities. We offer them a list of possibilities. Does this connect? Does it spark another idea?”

Most of their Sundays are already booked with multiple churches in multiple time zones. They have plans to meet with teenagers during Sunday school and dialogue with members of the Syria Lebanon Partnership Network. Scott Parker will also be doing some sessions about the trauma/resiliency work he does with Strong Kids program in Lebanon. 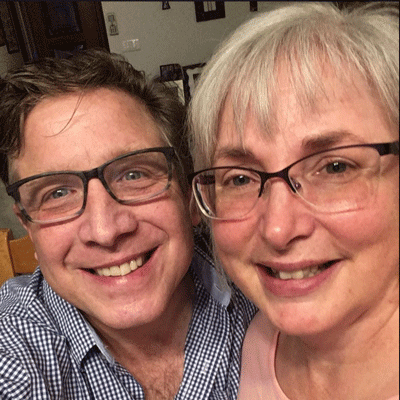 The Revs. Scott and Elmarie Parker have served in the Middle East since 2013. (Contributed photo)

“On one hand, Zoom gives us the chance to connect with some people we might not be able to connect with in person,” said Scott. “At the same time, you don’t get to have dinner with the mission team and spend the night with a church member in their home. You don’t have the mutuality. You also don’t get to see the great stuff they are doing and celebrate with them.”

“Interpretation is much more than sharing the work of World Mission,” she said. “It’s about mutual encouragement, mutual learning and mutual collaboration.”

She said the congregations they are getting the most creative responses from are the ones they have visited in person in the past. Some of their congregations have supported them for nearly nine years. She said some of the people who have visited the region are often very concerned about the people and the partners in the region whom they have met and want to know how they are faring in the current context.

“It’s such a gift to be in worship with these people,” said Elmarie. “The gift of being in this body together is worship. It nourishes our spirits and rejuvenates us.”

One of the events under development with input the SLPN leadership and several churches is a Lenten Reflection Time that will begin on March 3, the Thursday after Ash Wednesday. This will include Scripture reflection; a snippet from “We Choose Abundant Life,” a visionary and prophetic text released by the Middle East ecumenical community in September 2021; and art and friends from the Middle East. The sessions will be available by Zoom so that churches can use during Lenten Bible Study.

The Parkers have served in Lebanon since 2013 — Elmarie as regional liaison for Syria, Lebanon and Iraq, and Scott as an associate for Ecumenical Partnerships.

Rev. Ryan White and Alethia White, serving in Berlin, are also on interpretation assignment. They are part of World Mission’s Europe and the Middle East team and have been working with the Parkers to share knowledge and events that impact both of their regions. 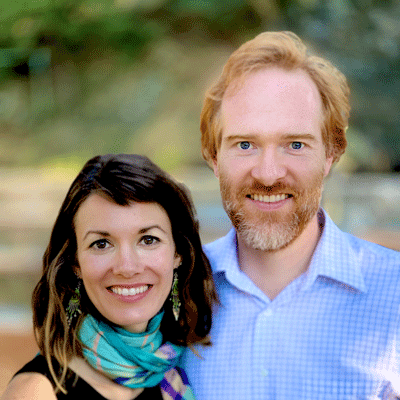 Alethia White and the Rev. Ryan White have walked alongside the Iranian Presbyterian Church in Berlin since 2013. (Contributed photo)

“Virtual IA has given us the opportunity to stretch our usual capacity,” said Alethia. “We will be able to reach more time zones and avoid the environmental impact caused by extensive travel.” She said there are a number of new supporting presbyteries and churches they are looking forward to connecting with.

One of the proposed themes they have been developing is a mini-series called “Paths of Migration: Partners and Players in Transit Lands.” They plan to involve mission co-workers and partners who are currently serving in Lebanon, Greece, Italy, Hungary, Poland and Germany.

Another mini-series theme based on a Matthew 25 focus is: “Congregational Vitality and Christian Education: What does Faith Formation Look Like in the MEE Region?” They plan to include mission co-workers Noah and Esther Shinn, currently serving in Cairo, and Ellen Smith, the regional liaison for Russia, Ukraine, Belarus and Poland.

They will begin active interpretation during the second week of February.

“We are looking forward to engaging with congregations and constituents in the U.S., collaborating with our colleagues to share about the challenges and hope seen in these regions and how we in the Middle East, Europe and the U.S. are interconnected in many ways,” said Ryan.

The Whites have been mission co-workers in Germany since 2013, serving with the Iranian Presbyterian Church in Berlin.

To support the ministry of Scott and Elmarie Parker or Ryan and Alethia White, a gift can be made in her honor. Click here to give to Mission Personnel Support. Mission co-workers are notified when a gift is made in their honor.