Christmas Joy Offering – Supporting our leaders: past, present and future.
Make A Donation Click Here >
Home › Mission Agency board, Committee on the Office of the General Assembly look at race and gender issues 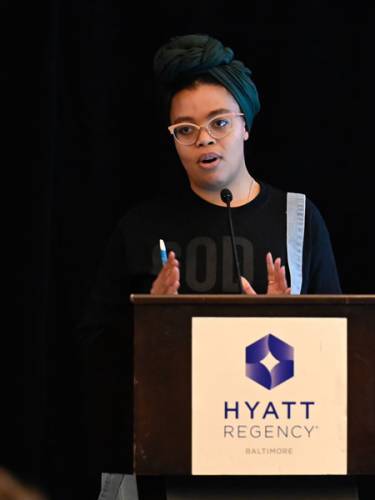 BALTIMORE — The second day of the Presbyterian Mission Agency (PMA) board winter meeting — which met jointly Thursday with the Committee on the Office of the General Assembly — concluded with presentations from two groups addressing issues of race and gender equity within the church’s national offices and in communities across the country.

The penultimate item on the agenda was a report from the Disparities Experienced by Black Women and Girls Task Force, which included 11 items the group is recommending for approval by the 224th General Assembly when it meets in Baltimore June 20 to 27.

“There were five specific areas of concern that we identified,” Samantha Davis, a member of the task force organized by Racial Equity & Women’s Intercultural Ministries (RE&WIM), said addressing the board and staff. “Simply put, it is looking at the ways that black women and girls experienced both institutional violence, including the church as one of those institutions, as well as interpersonal violence.”

Davis led the report to the board with those five areas of concern, which are:

“Adultification,” Davis explained, is the criminalization of behavior by black girls and youth that would otherwise be considered adolescent behavior in other youth, a symptom of over-policing of black communities. She cited as an example a 7-year-old girl who is black who got in a fight with her 8-year-old brother on an Ohio school bus and was arrested. The trauma of adult arrest experienced by children can have devastating long-term effects, Davis pointed out.

Among the report’s recommendations was creating resources for congregations to learn about the perpetuation of the adultification of black girls and criminalization of adolescent behavior.

The discussion of gender equality from black women in ministry, Davis said, flowed from the common experience of having everything from clothing to qualifications questioned when women who are black enter ministry, as well as other demeaning and traumatic experiences.

There were a number of recommendations in the report to address issues faced by black clergywomen, from scholarships to professional development resources to congregational education.

While the report cited numerous advances the Presbyterian Church (U.S.A.) has already made, including the “Dr. Katie Geneva Cannon Scholarship Fund for the purpose of scholarships specifically for women of color to pursue educational studies, including doctoral studies,” the ninth recommendation was, “Acknowledge that the work done in this area is being done by the office with the smallest budget (Office of Gender & Racial Justice in Racial Equity & Women’s Intercultural Ministries in the PMA). Direct the PMA to increase budget support and equity for the Racial Equity & Women’s Intercultural Ministries area in the PMA.”

The report was broadly praised by members of the PMA board following the presentation by Davis and the Rev. Shanea Leonard, associate for racial and gender justice in the PMA. 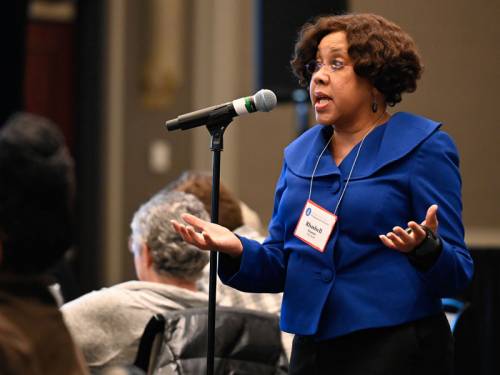 The Rev. Dr. Rhashell Hunter, director of RE&WIM, noted that the recommendations were being presented to the board so its members could weigh in with suggestions for edits, additions and other changes before they are submitted to the General Assembly, and there were numerous suggestions, along with a lot of praise for the effort.

“This is a powerful report,” said the Rev. Shannan Vance-Ocampo, a PMA board member who was elected as the 2022-24 board chair earlier in the winter meeting. “Thank you so much for this report. I have nothing but deep gratitude for this work.”

The Thursday session ended with a preview of sorts of the Equity and Inclusion Audit that the Washington Consulting Group has been conducting of the PMA, Office of the General Assembly and other Presbyterian entities. 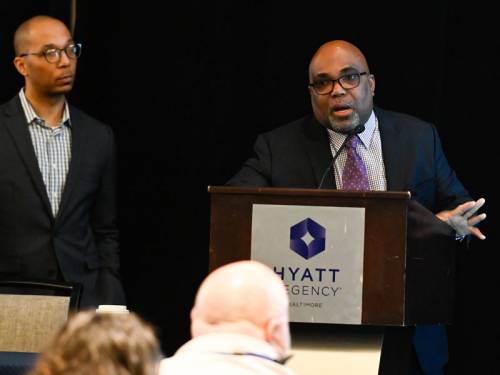 “The intention is to provide data that will help to inform decision making regarding how we can improve the environment, the space and creating a welcoming space for whomever, despite race or difference,” Dr. Chad Kee, the project director, said of the work that was commissioned in August and started in October. “So that’s the ultimate goal of the work.”

Kee and research and evaluation lead Dr. Kevin Hylton walked the board through their process, including focus groups and surveys, but at this point were able to offer only some broad — and in some cases wide-ranging — results. In answer to a question about the diversity of the work environment, Hylton said answers ranged from the most diverse place some respondents had ever worked to “they’re not even trying.”

Full findings of the report are expected later this year.