A leader in the global ecumenical movement, Kirkpatrick was Stated Clerk of the PC(USA)’s General Assembly from 1996-2008 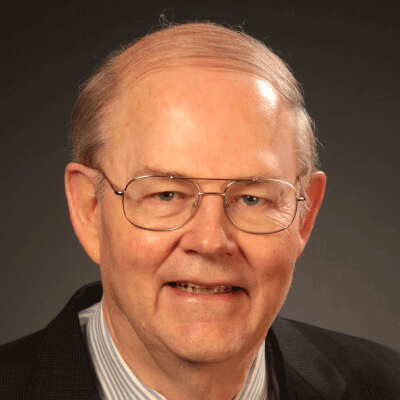 LOUISVILLE — The Rev. Dr. Clifton Kirkpatrick has announced his retirement from Louisville Presbyterian Theological Seminary effective at the conclusion of the fall 2021 semester.

Kirkpatrick, a leader in the global ecumenical movement, has served as the seminary’s Professor of World Christianity and Ecumenical Studies and the William A. Benfield Jr. Professor of Evangelism and Global Missions since 2009.

Throughout his time at Louisville Seminary, Kirkpatrick has taught courses on the ecumenical movement, world mission and evangelism, and Presbyterian and Reformed theology and polity. He also serves as advisor to Presbyterian students and was co-chair of “Doors to Dialogue,” a seminary-wide effort to ensure that all graduates are equipped to minister in a world of religious difference.

“Cliff Kirkpatrick is a treasure,” said Louisville Seminary President Alton B. Pollard, III. “He has long been a stalwart of global ecumenical and interfaith engagement. My own transition to LPTS was made easier in time well spent with Cliff. We are grateful for who he is, all he means, and what he has given to us.”

Kirkpatrick’s retirement caps off a decades-long commitment to the life of the Presbyterian Church. An ordained minister in the Presbyterian Church (U.S.A.), he served as Stated Clerk of the General Assembly of the PC(USA) from 1996-2008. At the conclusion of his term of service, he was elected by the General Assembly as Stated Clerk Emeritus. As Stated Clerk, Kirkpatrick served as the Chief Ecclesiastical Officer of the denomination and its primary spokesperson and leader in the ecumenical movement. Among other leadership roles in the PC(USA), he serves as Co-moderator of the General Assembly Special Committee on the Confession of Belhar and as a member of the Board of Directors of the Covenant Network of Presbyterians.

His service as Stated Clerk was preceded by 15 years of service as the Director of the PC(USA) Worldwide Ministries Division (now Presbyterian World Mission), guiding the Presbyterian Church’s ministry in partnership with churches in more than 80 nations.

When asked about the future of the Church in a soon-to-be published issue of Mosaic magazine, Kirkpatrick said, “I wish we would have a new passion for the ecumenical movement, for interfaith relations, for reaching out to build a community together. We have tremendous gifts to share, but we can also be in a deeply troubled place if we don’t exhibit the ecumenical and interfaith movement in the way we live.”

Kirkpatrick emphasizes the Church’s theological vision, antiracism work, and work around climate change as the most pressing issues of our time, globally and at the congregational level.

“It’s absolutely crucial,” said Kirkpatrick, “for the church to put its voice, its life, and its people out front and to say that we are committed, and committed deeply, to a church that is called to unity, reconciliation and peacemaking in our time.”

Kirkpatrick shared his ecumenical vision for the 21st century in his September 9, 2021, Louisville Seminary convocation address, which can be viewed here.

Academic Dean Debra Mumford says of Kirkpatrick, “Cliff has been a gracious colleague and a trusted adviser to students. By generously sharing his experience and knowledge of ecumenism and global Christianity, Cliff inspired us to teach students and the wider Louisville Seminary community about the importance of interfaith and ecumenical dialog. His work and ministry have shaped the work of Louisville Seminary graduates for years to come.”

Some information contributed by Amy Hartsough (Louisville Seminary Master of Arts in Religion ’15).

Founded in 1853, Louisville Seminary offers an inclusive and diverse learning community, welcoming students from wide ecumenical backgrounds while maintaining its long, historic commitment to the Presbyterian Church (U.S.A). Louisville Seminary is committed to building bridges across the world’s religious, racial and cultural divides. It is distinguished by its nationally recognized marriage and family therapy and field education programs, the scholarship and church service among its faculty and a commitment to training women and men to participate in the continuing ministry of Jesus Christ. For more information, call (800) 264-1839 or click here.