Make A Donation Click Here >
Home › Hundreds of miles north of the Mexico border? You, too, can help 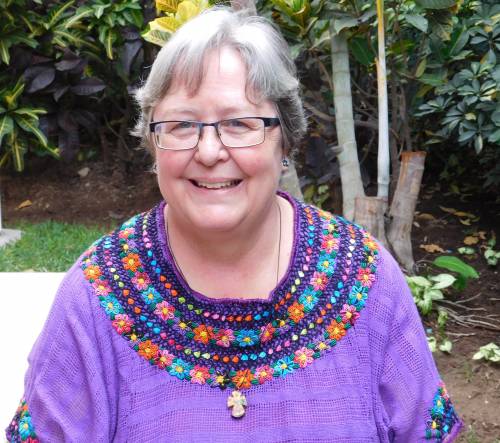 Leslie Vogel, a Guatemala-based mission co-worker, was one of presenters during a Thursday webinar put on by the Presbyterian Mission Board’s Outreach to the World Committee.

LOUISVILLE — Presbyterians living hundreds of miles from the U.S.-Mexico border can help asylum seekers and those facing deportation from the United States in a number of ways, including advocacy, accompaniment and aide.

Experts had no shortage of helpful ideas Thursday during a 75-minute webinar organized by the Outreach to the World Committee of the Presbyterian Mission Board.

Caly Fernández, a ruling elder who chairs Mission Presbytery’s Immigration Task Force, lauded the “Wall of Welcome/Interfaith Caravan of Hope” event planned for McAllen, Texas, Dec. 14-16. The Rev. Dr. J. Herbert Nelson, II, the Stated Clerk of the Presbyterian Church (U.S.A.), is scheduled to preach during the border-area weekend service, which will be led by Austin Presbyterian Theological Seminary students and faculty.

“The biggest challenge I’ve seen in South Texas is the fear,” Fernández said. “We have churches with the space for transitional housing, but churches are afraid to open up their doors.” People released from detention may have a bus ticket home but must wait 2 or 3 days while they’re waiting for family members, she said.

“McAllen (the community in South Texas) is exhausted,” she said. “It’s a lot of work, but it’s good work.”

Then there’s the Courts & Ports: Faithful Witness on the Texas-Mexico Border two-day immersion program of the Texas Interfaith Center for Public Policy/Texas Impact, which is supported by a Presbyterian Disaster Assistance grant. Legal proceedings “are different,” Fernández said, “when there is a large presence of faith-based volunteers to witness what’s going on.”

Two volunteers with PDA’s National Response Team are in El Paso. “The craziness surrounding (detainee) releases has been relentless,” Krehbiel said. “People were just scrambling” to secure temporary lodging and other services for people who need them. “For the last several weeks we have had tag-team volunteers helping them to keep going in the midst of a very difficult time.”

Since there are about 200 detention centers all over the country, Krehbiel suggests picking one nearby and writing to detainees, especially over the holidays. “It’s a way to give people encouragement who find themselves in very dark spaces,” she said.

Advocacy is an option that costs nothing, she noted. “We need people to advocate for our government to restore more humanitarian responses,” she said.

Even people who have secured legal counsel have only a 50-50 chance of obtaining asylum, said Amanda Craft, manager of advocacy with the PC(USA)’s Office of Immigration Issues. She suggested Presbyterians pursue advocacy work at the most local levels – city councils, county commissions and statehouses.

“Those are really important people,” she said. “You can do advocacy locally.”

Leslie Vogel, a Guatemala-based mission co-worker and the regional liaison for both Mexico and Central America, said films including “The Genesis of Exodus” can show viewers that most of the rhetoric around the threat posed by immigrants is unfounded.

“A lot of people feel threatened, whether it’s their space or their livelihood,” she said. “But migrants don’t generally take jobs. They do jobs even the poorest U.S. citizens aren’t willing to do … They are family members, not thugs and gang members, for the most part, and not terrorists. They are suffering the impacts of U.S. foreign policy back to the 1970s, making it more untenable to live in their countries.”

“Everyone who can be deported is now being deported, and we’ve never seen anything like that in our history,” Craft said. “Everything for this administration is about enforcement.

Teresa Waggener, an attorney with the Office of Immigration issues, said international law is supposed to prevent asylum seekers from being punished for asking for asylum even if they don’t have proper documentation. Asylum seekers now must be present in the U.S. to ask for asylum. Ports of entry have slowed the flow to 15-20 per day, leaving asylum seekers waiting in Mexico and facing a difficult choice: “Will they wait homeless, or pass irregularly?” she said. “Then (the government) charges them with entering illegally … It’s getting harder to access due process.”

The Rev. Shannan Vance-Ocampo, chair of the PMA’s Outreach to the World Committee, said Thursday’s webinar represented the chance to meet deployed staff and learn more about the work around immigration and asylum-seeking. Readers can view the webinar using the link found in this story’s second paragraph.

“We wanted to highlight some of the ministry we are engaged in,” she said. Mission Presbytery and others “have been on the frontline of refugee work for many years. It’s an honor to share these vital, life-saving and prophetic ministries.” 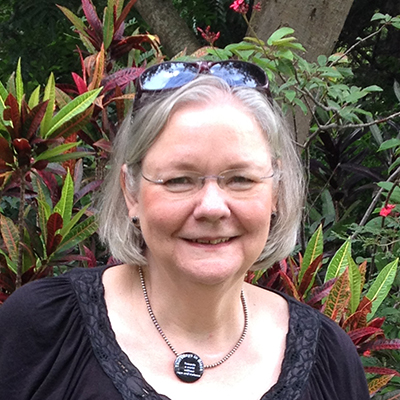