Mission co-worker Cathy Chang views rebuilding efforts several years after Typhoon Haiyan devastated portions of the southern Philippines. The construction is being completed by Presbyterian Disaster Assistance in partnership with the United Church of Christ in the Philippines. Photo credit: Laurie Kraus 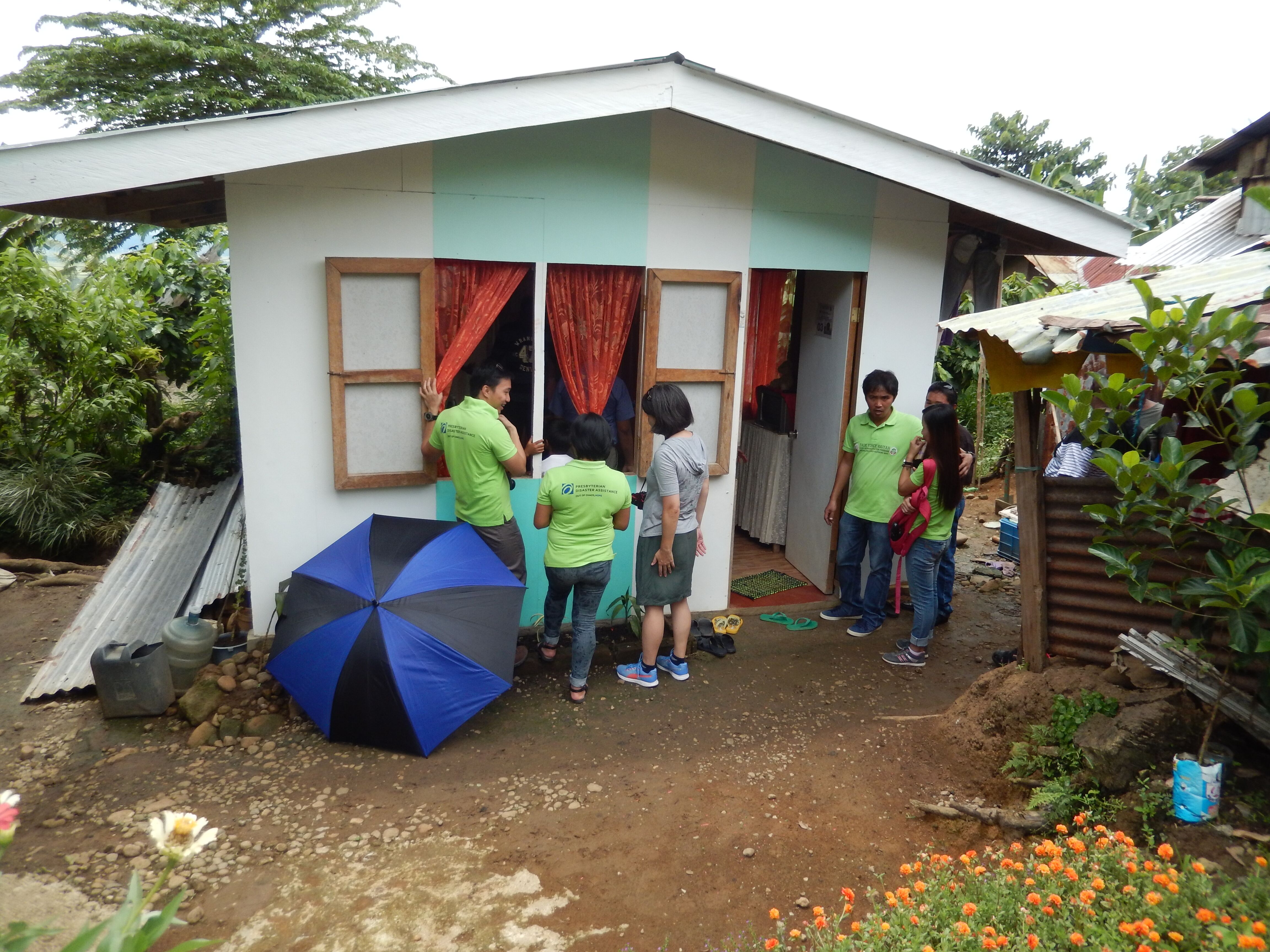