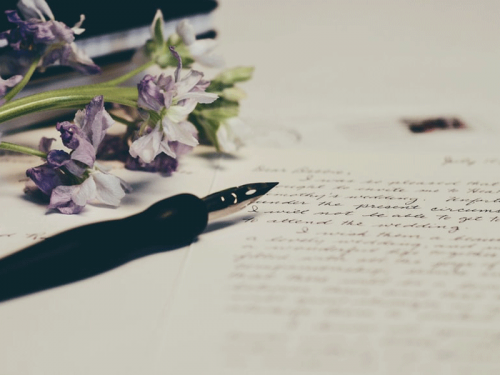 Photo by Debby Hudson via Unsplash

LOUISVILLE — Much has been learned from the Minister Survey. Researchers and leaders will continue to explore the data over the next year and look to how the information can be shared with leadership, seminaries and ministers so that they can begin the work of encouraging what is helpful and addressing concerns. So, what are the key takeaways from this work? What is promising? What needs addressing?

As a reminder, nearly 20,000 postcards were mailed to Presbyterian Ministers of the Word and Sacrament, both retired and not retired. Of those 20,000, it is fairly evenly divided among those still working and retirees. Other agencies and newsletters promoted the survey, with 4,507 ministers answering all 110 questions. Several open-ended or essay response options provided ministers with opportunities to write in further detail about their experiences to give greater insight into their lives and ministry. These responses particularly informed the mental health and leadership reports.

Many ministers seem to be satisfied with their lives and with their call. However, there are concerns across their lives and ministry where they see the need for additional training and support. Continuing education comes with a cost that might be beyond what most pastors can afford.

They spoke to stigma and lack of access to mental health providers as barriers for seeking care for themselves and their congregations.

One third of all ministers are concerned about their income with supply pastors being the most concerned. A little more than half, 52%, report their household income is sufficient to meet their needs. However, 41% would not be able to continue in their ministerial role if not for supplemental income. There is an ongoing struggle with low pay. Men are paid more than women.

It is significant to note that pastors who identify as Black, Hispanic and Middle Eastern tend to have salaries that are lower than their white counterparts. Most earn less than $50,000 per year, while most white pastors earn $50,000 to $75,000.

Most ministers seem to be good money managers. Ministers are like the general American population in that 10% owe significant consumer and education debt — that is, debt that they may not be able to pay off during their lifetime.

About half are concerned about retirement planning; 36% of respondents do not have any employer retirement contribution. For the 11% who live in a manse, retirement housing is a concern as they have not built equity to assist them for future home ownership. Home ownership is part of the American dream, but 56% of those wanting to purchase a home cannot afford the down payment.

Education costs have and continue to soar. The decision about which college, university and seminary to attend must include cost as a part of the equation. How much educational debt is acceptable for the potential entry salary in the minister’s chosen field?

For those in this study, ​39% have more than $50,000 of educational debt for themselves or their family.

Women report a higher percentage of seminary debt and less support from a spouse or partner during their seminary years than their male counterparts.

Not everyone pays off their education loans before retirement; 74 ministers reported retiring with educational debt. Of these, one third owe more than $50,000 in their own education related debt, not debt that they assumed for their children. A few still owe over $100,000.

And yet, they are tired, exhausted and lonely, and many struggle with low pay.

Bivocational ministers report the most fatigue and are the least satisfied with their salaries and continuation education opportunities.

Discrimination, opportunities and struggles of leadership

Unfortunately, discrimination continues. The discrimination that is reported concerning gender, race and all areas presented in this study are found to be at or near the same in each of the ministerial groups. The degree and type of discrimination is consistent from group to group: pastor to specialized to bi-vocational to not in a call. ​

Younger ministers often are disparaged because of their youth.

Most ministers recognized the call to ministry in their youth. They were greatly influenced by a pastor, family member, or a great tragedy to enter ministry. Most plan to retire in their late 60s. As for retirement, a change of call, and other decisions in their lives, they seek God’s guidance in these decisions.

Letters to my younger self

The last report in this series is not really a report but a sampling of letters. Ministers were asked to write a letter to their younger self to share words of wisdom or advice they wish they could tell their younger self.

Of the 4,507 ministers who responded to this survey, 3,396, or three fourths of respondents, wrote letters. Some letters or notes were only a few words while others wrote a paragraph or two.

The summary report (found here) includes nearly 150 anonymous letters, identified by age, ministry type and years in ministry. The ages range from the mid-20s to the late 90s. They speak to the best and worst aspects of ministry. The letters begin with “Always take the long view. Stay calm. You’re ultimately not in control” and end with “Find a good friend or confidante, a person you consider wise but in no way involved in the same work you are doing. Share present and future plans with that person in prayer and confidential discussions. Every minister needs such a friend.”

Good advice for everyone.

What are we learning?

In the end, what have we learned? Most ministers are satisfied with their lives and work. Most manage their health and finances. The areas of concern are debt, loneliness, mental health issues, low pay, discrimination, acceptance and continuing education. Many expressed the need to have a group of peers or confidants.

Throughout this research, we have attempted to connect those individuals in need of a resource with the appropriate resource. Nearly 700 ministers received information about education debt relief programs. Countless others received information about the National Alliance on Mental Illness for training and identification of local mental health providers. The other concerns have been shared with leaders and program staff across the PC(USA) national offices.

As with most research, the data raised questions that will be addressed in future surveys.

Let me express my gratitude and deep appreciation for each minister who responded to the survey or who has since contacted Research Services about their experiences, struggles and questions. Without each of you this research is not possible. Thank you.