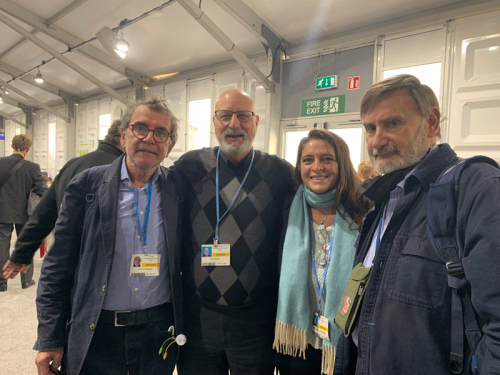 LOUISVILLE — Some Presbyterian Church (U.S.A.) partners who traveled to the United Nations Climate Change Conference are reacting to an agreement reached by world leaders and reflecting on their time spent there.

After two weeks of meetings, world leaders finally reached a climate agreement known as the Glasgow Climate Pact, the “first U.N. climate deal to explicitly mention the need to move away from coal power and subsidies for fossil fuels,” according to the Washington Post.

The pact has drawn criticism from various activists and leaders, at least partly due to last-minute maneuvering by China and India that weakened language on phasing out fossil fuels, the Post noted.

“I had hoped for more,” said Burkhard Paetzold, a retired mission co-worker for Presbyterian World Mission who was a Presbyterians for Earth Care (PEC) representative at the conference, known as COP26. “Many good drafts had been watered down at the last minute to the lowest common denominator due to the consensus principle.” 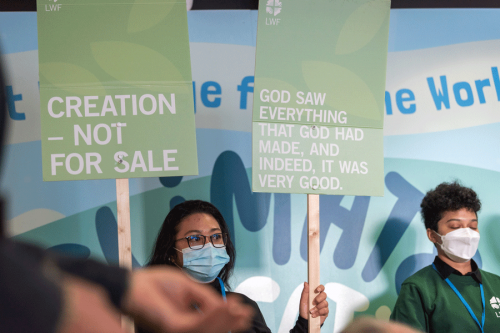 The Rev. Bill Somplatsky-Jarman, another retired PC(USA) staff member, made similar comments. “While everyone had high hopes for COP26, the results were disappointing. … While we are bringing the temperature projections downward, we have a lot more to do.”

However, he applauded “new commitments on methane leakages” and noted that “an end to subsidies for coal are important, even if the language on ‘phasing out’ coal was watered down.” Furthermore, “the agreement between China and the U.S. to cooperate on carbon reduction are all positives as we move forward,” he said.

Optimism also was expressed by the Rev. Fred Milligan, a PC(USA) minister member of the Presbytery of Philadelphia who is serving with the Church of Scotland in Glasgow.

“My general reaction to the pact is hopeful,” said Milligan, a PEC representative. “It isn’t the bold document we in the religious sector were hoping for, but it was clear, in the end, that the only holdouts were China and India (and maybe Iran and Saudi Arabia). Granted, these include two of the largest emitters of greenhouse gasses, but they still went along (albeit with reservations and modifications) with the final wording on coal and fossil fuel subsidies as well as so many other elements which we in the ecumenical Christian sector, as well as others, had advocated.”

Milligan went on to note, “Perhaps the most hopeful signals about the future possibilities for progress were the pact announced by the U.S. and China during the second week of the COP26 and the information that over $38 trillion (USD) of investments have been pulled out of fossil fuels since 2009, making it more and more difficult for that industry to receive financing for new projects.”

Normally, staff from the Compassion, Peace & Justice ministries would have journeyed to COP26. But with travel restrictions still in place due to the pandemic, the Presbyterian Hunger Program and the Presbyterian Ministry at the United Nations worked to keep the church updated on COP26 happenings through social media and blog posts and stayed in close contact with partners. Those in attendance along with Paetzold, Somplatsky-Jarman [representing PC(USA)], and Milligan included the Rev. Dr. Neddy Astudillo, a PHP advisory committee member and Red Latina co-founder who attended in her capacity as a GreenFaith staff person and as a PEC representative. (Listen to comments by Astudillo about COP26 here.) 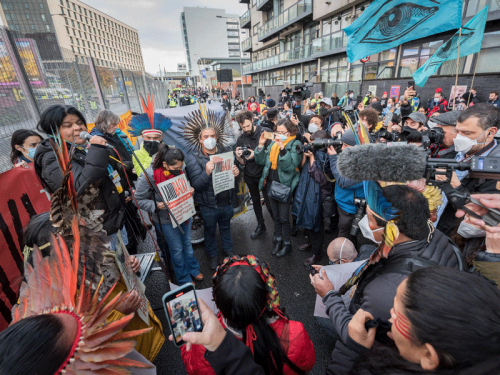 Attendees bring home many memories and impressions from the conference and related events, such as a climate action march recalled by Milligan.

The march attracted thousands of people despite participants having to stand “in the rain and cold for over an hour for a three-mile demonstration of our insistence that the politicians make the decisions that will save us from catastrophic climate change,” he said. Afterward, a rainbow “appeared above a green field just as we were leaving the park where the march had begun.”

Somplatsky-Jarman was impressed with the diversity of voices during the conference.

“My most memorable experience of COP26 is observing how critically prominent the presence and participation of women, youth, indigenous peoples, and people from the ‘lesser developed’ countries has become,” he said. “This is a testament to the historic work of many groups, especially the faith-based organizations, in prioritizing the voices of the poor and powerless, a solidarity that has changed the discourse for the better.”

Paetzold noted the critical involvement of the ecumenical and faith community and how he appreciated “excellent guidance in our ecumenical group set up by the ACT Alliance,” a faith-based coalition and PC(USA) partner that works on climate justice and other issues.

Jessica Maudlin Phelps of PHP shared some takeaways Monday on COP26 during “Join the Movement,” a PC(USA) online series highlighting CPJ ministries and how to connect with them.

“It’s more important than ever that, particularly world leaders of the countries that are most responsible for the pollution, need to step up with clear actions that put those on the frontlines of the climate crisis really at heart,” she said. (Listen to her full comments here around the 15:00 mark.)