“Of course, I knew about John Lewis a long time before I came to the Congress,” Price recalled Wednesday afternoon during an interview with the Rev. Jimmie Hawkins of the PC(USA) Office of Public Witness. “We knew right away that John was the celebrity in our group, because when any news media or the public was around … John was the one who had the star power.”

Lewis, of course, came to Congress as a hero of the civil rights movement, putting his body on the line numerous times for arrests and beatings at the hands of police officers and white supremacists, and earning many distinctions, including as the youngest speaker at the historic March on Washington in 1963.

Lewis died at age 80 on July 17 following a six-month battle with cancer. He was the first Black lawmaker to lie in state in the U.S. Capitol rotunda before being eulogized by former President Barack Obama and remembered by former presidents George W. Bush and Bill Clinton and by many others.

In Congress, Price said Lewis became “a treasured colleague and friend,” but the legend was never far away.

“You don’t sum up the man and his greatness simply in his work as a legislator, as important as that is,” Price said. “John was always ready to talk about the Movement, and by that he meant not just the history but the present meaning of the Movement, and the need to keep pushing forward. I witnessed that so many times.”

One of those moments was in 2016, when Lewis led a dramatic sit-in on the floor of the U.S. House of Representatives to force a vote on gun control.

“We couldn’t get anything on the floor, even for a vote,” Price recalled of efforts to introduce legislation after numerous mass-shooting tragedies. “The other party was in leadership at that point, so we did this unprecedented thing of having a sit-in on the floor.

“It made an enormous difference to have John be a part of that. It bore witness to the continuity of what he stood for all his life and this cause. … I promise you, the House leadership was going to be really careful about evicting a sit-in if John Lewis was in the middle of it. It gave them pause, and it should have.” 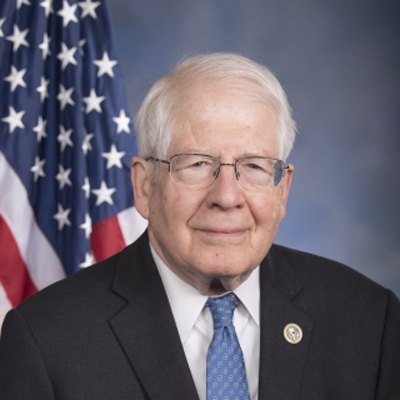 Wednesday’s webinar was Price’s second sit-down with Hawkins in less than a year. In December, he discussed his faith and how it shaped his approach to life and politics during an interview in his Capitol Hill Office. On Wednesday, properly socially distanced on Zoom, the conversation was much more focused on current events, including the COVID-19 pandemic, the uprising for police reform and against systemic racism following several police and police-related killings of Black individuals, and the upcoming presidential election.

“These are extraordinary times,” Price said.

With the passing of Lewis, Price said voting rights are very much on the forefront of many legislators’ minds, particularly the restoration of protections in the 1965 Voting Rights Act that were struck down by the Supreme Court in 2013, when the court ruled that states and local governments with a history of voter discrimination no longer had to submit to pre-clearance to change voting rules. Price called it “the most clueless Supreme Court decision” in history and said, “We’ve got to fix it.”

In 2019, the House passed the Voting Rights Advancement Act, which has since been renamed to honor Lewis. So far, McConnell has refused to bring the bill up in the Senate. Price said passage of the John Lewis Voting Rights Advancement Act is one of the most important things Congress can do and would be a fitting tribute to his friend and colleague.

“That’s a fond dream of mine, and many of my colleagues, to pass the voting rights bill and name if for John, because he fought so hard for it,” Price said.

Hawkins ended asking Price if the upcoming election is the most important election of our lifetimes.

“What we’re dealing with is so stark,” Price said. “The leadership has done such damage to our country’s role in the world and now has cost us tens of thousands of lives. I can’t imagine the stakes being higher.”

Click here to watch the entire discussion between Rev. Hawkins and Rep. Price.