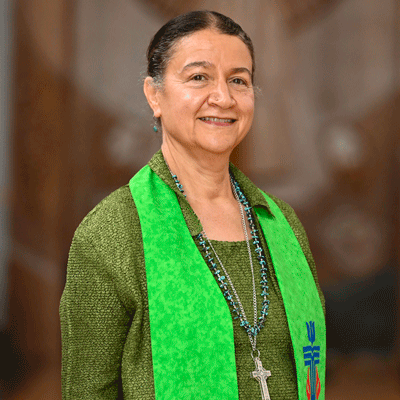 LEXINGTON, Kentucky — Four out of five indigenous women experience violence in their lifetimes. Indigenous women face the highest rates of going missing or being murdered. In some areas, the rate is 10 times the national average.

Those facts set the tone for the fourth day of the Presbyterian Week of Action: No More Stolen Relatives: Murdered & Missing Indigenous Women, Girls and Two-Spirit People. Through information about the crisis in the Indigenous community, Presbyterian policy addressing issues impacting people who are Indigenous Americans, devotions and art, the day pointed people to take action.

“Native people in the church and our communities hope that you will join us as we unite to save our lost MMIW’s, children, men and two-spirit relatives,” Ruling Elder Elona Street-Stewart (Delaware Nanticoke), Co-Moderator of the 224th General Assembly, said in an impassioned statement that ended the day. “Now it’s time for action. Native Presbyterians brought us together to learn how we can address the disproportionate violence experienced by Indigenous women and girls, fostered by trafficking and prostitution that has been associated with sporting, entertainment, and extractive industries, in addition to the societal isolation and domestic violence amplified by the COVID-19 pandemic.

“When murder is the third leading cause of death of Native women, why are missing and murdered Indigenous women missing in the news, in the reporting and the data in the media in the public health priorities? Why have they been left out of jurisdictional responses to crises? Why are so many cases under-reported? And why do so many go unheard?”

The day started with the Rev. Mark Koenig, Internal Communications Specialist with the Administrative Services Group, stating that according to the National Crime Information Center there were  5,712 missing Native American and Alaska Native women and girls in 2016. He added that the statistic is probably higher as many incidents go unreported.

Quoting Khara Jabola-Carolus, the executive director of the Hawai’i State Commission on the Status of Women, Koenig observed that “the absence of date does not mean the absence of an issue.” He went on to use the worlds of Lakota poet Mary Black Bonnet, who reminds us: “This isn’t just an Indian issue, nor is it just a woman’s issue. It is everybody’s issue.” 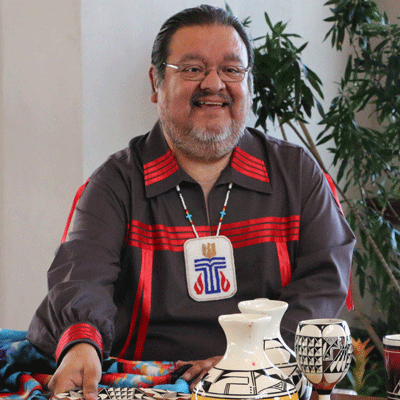 “Native American Presbyterians and others promoting Native American issues have been successful in helping the General Assembly recognize seven actions just since 2016,” Porter said. Those included apologies for the church’s role in Native American boarding schools, which  attempted to extinguish Native American culture from the 1870s to the middle of the 20th century; repudiation of the Doctrine of Discovery, a 15th century international law which promoted colonization of non-Christian lands and enslavement or murder of indigenous people; and an initiative to repair critical infrastructure in Native territories, including churches.

But there is still a lot of work to be done, Porter said, concluding his presentation putting the issue in Matthew 25 terms of responding to the needs of the hungry, the stranger and the prisoner.

“Don’t be idle any longer,” he said. “These conditions should not occur in one of the richest countries in the world. Stand up for those in crisis. Listen instead of talking. God gave us two ears and one mouth for a reason.”

Organizers of the day offered a number of ways we can act, including: 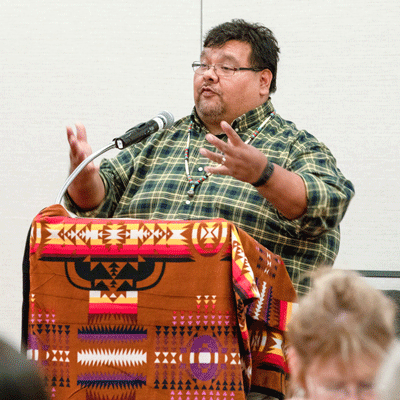 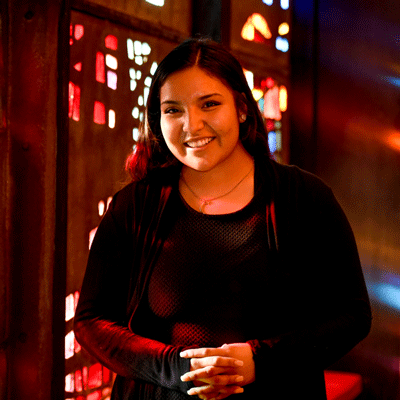 Madison McKinney participated in a litany during Thursday’s Presbyterian Week of Action. (Photo by Rich Copley)

The Presbyterian Week of Action continues through Sunday. Visit the event website for programs and schedules. Recordings of sessions described here and other events of the week that have already occurred are available on the PC(USA) Facebook page.