Share God’s love with our neighbors-in-need around the world through One Great Hour of Sharing.
Make A Donation Click Here >
Home › Author found her voice working with the Presbyterian Church (U.S.A.)

In ‘Who Stole my Bible?’ Rev. Jennifer Butler reclaims Scripture for liberating the oppressed 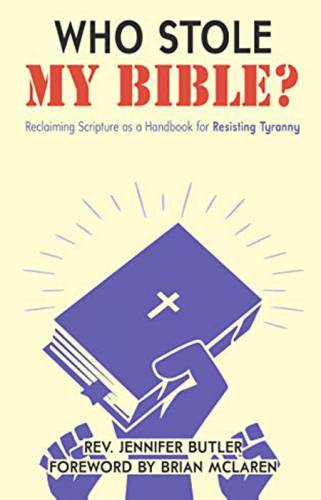 LEXINGTON, Kentucky — In the Introduction to her new book, the Rev. Jennifer Butler wrote: “America is one election away from a one-party system,” specifically the Republican Party.

So, the Monday after the Democratic ticket of former Vice-President Joe Biden and Sen. Kamala Harris secured the more than 270 electoral votes to win the presidency, can she say the country has averted that?

“I think we have averted it for now,” says Butler, founder and executive director of Faith in Public Life Action, a progressive faith advocacy and policy group. “We have opened up a crack in our window to start making things right.”

While there will be new residents in the White House, Butler is concerned about structural changes such as gerrymandering, designed to marginalize specific communities and diminish their representation in government.

“We’re going to have to figure out how to ensure that the rules of the game don’t get further rigged,” she said, “such that it’s impossible for the diversity of the country to be honored through elections.”

Justice, equality, and democracy are core issues to Butler’s work as a faith leader. That is far removed from her childhood growing up in a conservative Georgia church and Christian school, and it’s the inspiration for the book, “Who Stole My Bible? Reclaiming Scripture as a Handbook for Resisting Tyranny” (180 pp., $15.99).

“Growing up in the South, I found that what Jesus said in Scripture was not often lived out in my white, well-heeled church on Peachtree Street in Atlanta, Georgia,” Butler writes in the first chapter of the book. “I took Jesus’ mission statement in Luke 4:18 quite literally: ‘The Spirit of the Lord is upon me, because he has anointed me to bring good news to the poor … and to let the oppressed go free.’ When the conservative white Christians around me said they took the Bible literally, I never heard them talk about freedom for the oppressed.

“I felt lost. I read Scripture for myself, but what I read did not match up with what I was hearing from the pulpit and from the Moral Majority.”

It was the start of a spiritual journey that led her to a prayer at age 15 asking Jesus to help her overcome her fear of nuclear war and high school awkwardness, “and at some point saying, ‘I don’t know if you’re there or not, but I like who you are, so I’m going to follow this path and see if it works out.’ And that’s what faith is: It’s the assurance of things hoped for, but things not yet seen.”

That led her to being the president of her Baptist Student Union at the College of William & Mary, work for the Peace Corps in Belize, and ultimately enrolling at Princeton Theological Seminary, where she was introduced to the Presbyterian Church (U.S.A.). 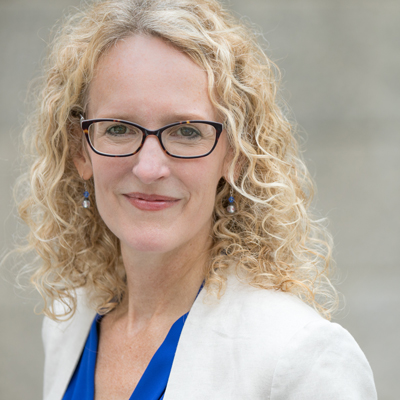 “They were such amazing speakers and debaters, so civil and so able to make an argument, hear an argument and debate very civilly, and I admired that,” Butler says of the first Presbyterians she met. “It goes back to this understanding that the Presbyterian capacity to use ‘Robert’s Rules of Order’ — boring as they may be — to have this kind of connectional system that we have. I realized how critical that was to human community and advancement and bringing about the Kingdom of God here on Earth, to the extent that we can — doing our part and having God work through us.”

She still struggled with lingering limitations she felt from her upbringing where women’s voices were suppressed in the church and the hypocrisy that she saw in Christianity. It was work for the Presbyterian Peacemaking Program at the Presbyterian Ministry at the United Nations (PMUN) that solidified her call to be ordained.

In the book, she recalls two events in the chapel at the Church Center for the United Nations, where the PMUN offices are. The first was an event held for Muslim women critical of Saudi Arabian government policies. Halfway through the event, as Butler recounts, the Saudi ambassador and his security detail burst into the chapel to intimidate the speakers. But they audience rose, applauded the speakers and blocked the ambassador so they could continue, and the ambassador eventually left, humiliated.

“That moment inspired and challenged me to follow the example of Muslim women who risked being arrested or physically attacked to reclaim their voice, their social and political equality and their faith,” Butler writes.

The other is an event she helped lead in the chapel on the role of women in the church where there were tense exchanges of ideas.

“Part of my spiritual journey had been reclaiming my voice, so how dare I let somebody steal my faith and my spirituality,” Butler says. “Part of reclaiming my voice is to reclaim my faith. … Of course, people who are going to abuse power are going to seek to abuse religion and hijack it. So, it is morally incumbent upon me to reclaim it and to use my voice to help people spiritually overcome as well as politically overcome.”

That is why she founded Faith in Public Life  Action in 2005. The organization has worked with thousands of clergy and other faith leaders across the country to amplify messages and policies of “compassion and of empathy for the excluded other,” Butler writes.

While in this election Faith in Public Life Action did choose to support a candidate, believing it needed to offer a clear voice in this contest, Butler says the group is not partisan and has worked with faith leaders from a variety of perspectives. She says the organization is aware of the perils of becoming aligned with one political party.

“It is morally incumbent upon us to hold whoever we endorse accountable, and even be willing to turn against them if they don’t honor the policies rooted in our values,” Butler said.

For many, like Butler, their faith is now rooted in challenging their original understandings of Scripture. That is the impetus for the book, which she dedicates to, “brave and sometimes lonely Christians finding their way out of the wilderness and into the streets. May you find joy in reclaiming and resisting.”

In “Who Stole My Bible?” she uses biblical stories to show the through line of liberation for the oppressed in the Bible.

“We’re still on a precipice,” Butler says of the book, which was written so churches can use it as a study guide. “We still have a problem with a large part of the electorate that either does not feel empowered to speak from Scripture to help move their communities forward, because they haven’t been given the tools to do so, or they’ve been held captive by an adulterated faith that actually teaches the opposite of what Christianity was meant to claim.

“So I’m hoping that faith communities get mobilized around really helping their people work through what has just happened in the country and putting it in the light of Scripture, so that we’re better able to inoculate and cure ourselves from this disease of white supremacy that we’ve been living with for so long and that has often hijacked our Scripture.”