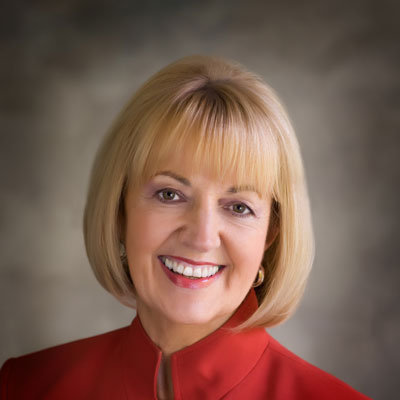 LOUISVILLE — As she pursues a second graduate degree, Beth Truett of suburban Chicago is keen on convincing faith communities that they should partner with the United States Census Bureau as it fulfills its constitutional mandate during 2020 of counting every single resident of the United States.

There’s a lot riding on getting that number right, including congressional representation and the annual allocation of more than $675 billion, according to the Census Bureau. Truett pegs the figure even higher, at around $800 billion annually.

Truett, a McCormick Theological Seminary graduate, is now doing practicum work at Concordia University Chicago. As part of her studies in gerontology, she’s helping churches to organize a Census Sabbath Weekend across Chicagoland March 27-29, just ahead of Census Day, which is April 1. Those promoting the effort encourage pastors and other faith leaders to preach about the justice found in an accurate Census count. A good resource to learn more, Truett said, is the Faith in Public Life website found here.

Faith leaders “play a key role” in the government’s effort to provide an accurate count, the Census Bureau says. “Faith leaders are trusted voices in their communities” who “know how to reach your congregation and members; hard-to-count families, individuals and children; other national and local leaders; and key stakeholders. By being a 2020 Census partner, you can inspire your community to support a complete and accurate count.”

2020 Census partners, including churches and other faith-based organizations, “would join a network of nonprofit, corporate, public sector and community organizations working to educate the public about the 2020 Census and encourage households to fill out their census form,” according to the Census Bureau, which says it provides its partners resources to help faith-based communities publicize the count. Those resources can include social media posts; handouts and posters; and email, bulletin and newsletter content. More of those kinds of resources are also available at the Faith in Public Life page found here.

Truett said about 15 percent of the population is considered hard to count. They’re hard to locate and even harder to contact and interview, she said — and not all are, for example, undocumented workers. Faith in Public Life says that during the 2010 Census, 2.2 million children as well as 3.7 million African Americans and 3.8 million Latinos weren’t counted.

“There is a fair amount of distrust in government and a concern for privacy,” Truett said. But institutions like churches and libraries are considered “trusted messengers,” she said.

According to Truett, in Cook County, which includes Chicago, each uncounted person results in lost subsidies of $1,500 per year, or $15,000 until the 2030 Census.

“A lot of those dollars go to help marginalized people,” said Truett, who for seven years was director of Chicago Lights, the community outreach arm at Chicago’s Fourth Presbyterian Church. “Communities and local governments are all impacted by the fact that they are not counted.”

“All God’s children,” she said, “deserve to be counted.”

The Presbyterian Church (U.S.A.) and its forebears, she noted, have “a long history of commitment to righteousness and justice.”

In fact, said the Rev. Dr. Chris Iosso, coordinator of the PC(USA)’s Advisory Committee on Social Witness Policy, the General Assembly in 1999 and again in 2001 spoke to how important it was for the Census Bureau to provide the nation with an accurate count.

“Unfortunately, the Census Bureau has not been successful in its attempt to get an accurate count either in the 1990 or the 2000 Census,” according to the minutes of the 2001 Assembly. “The Census Bureau reported that the 1990 Census undercounted approximately four million people. Many of the undercounted were racial ethnic minorities. Those often vulnerable populations were probably not fully represented in the (U.S.) House (of Representatives).”

“The census count is fundamental to political rights,” according to the minutes of the 1999 Assembly. “Aid for programs such as highway construction, housing and welfare is allocated according to each (House) district’s population. The last full census, in 1990, was widely criticized for undercounting certain population groups. These include people of color and low-income people in inner cities and rural areas.”

This decade’s census will be different in at least one way, Truett said.

“In previous censuses, there have been representative samples taken,” she said. “This time, the effort is to count everyone and make it easy to participate by going online. That is a big job.”

Fortunately, God is a big God.

“We believe people are created in God’s image — not a person who looks a certain way or speaks a certain language,” Truett said. “One of the ways people can be recognized is to stand up and be counted.”

“They are already counted in God’s eyes,” she said. “They need to be counted in the government’s eyes as well.”

For more information on organizing a Census Sabbath Weekend in your church, click here or send Truett an email by clicking here.