Series of discussions finds common goal of strengthening the church 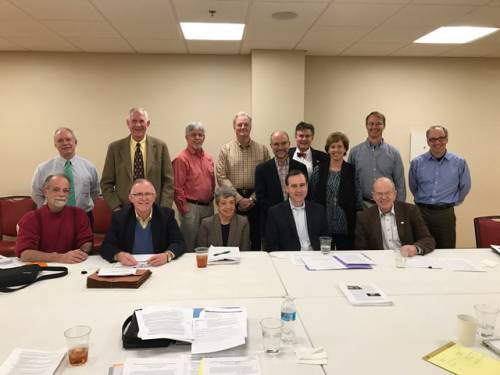 While the General Assembly didn’t adopt any of Foothills Presbytery’s overtures, it did call on PC(USA) congregations to recommit to a biblical witness focused on values of unity, community, diversity and transformation upon which the presbytery based its series of overtures. The General Assembly reaffirmed the denomination’s foundational commitment to social justice and social witness. The assembly also appointed one member of Foothills’ “General Assembly Reform” team, Debbie Foster, to the Vision 2020 Committee.

Following a discussion of the timeliness of complex overtures and the limited time allocated to discussion and discernment by Assembly committees, ACSWP representatives agreed with the Foothills group that greater engagement with “the people in the pew” is required to educate members on the church’s social teachings. The ACSWP representatives differed with Foothills’ team on matters of polity and practicality, while Foothills made a case with several parts for a more focused General Assembly and other changes in social witness (and other matters) in the presbyteries. 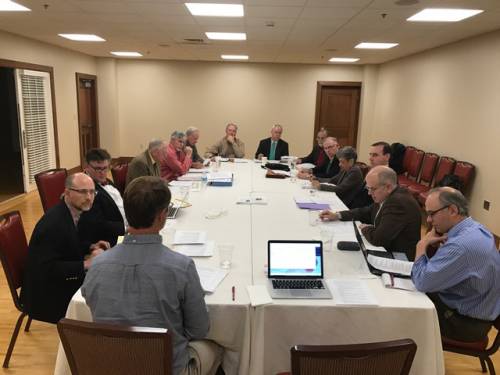 As a commissioner to the Portland Assembly serving on the Social Justice Committee, the Rev. Mike Hoyt, pastor of Fourth Presbyterian Church in Greenville, expressed concern that the large number of complex and controversial issues being considered at any given assembly may prohibit the depth and diligence of examination these issues deserve. “At some point,” Hoyt said, “we have to recognize human finitude and the limits of what can be done well in two days of committee meetings, and two days of plenary.”

On polity, Foothills Presbytery has long advocated for a form of government or constitution that is not easily changed by frequent relatively small amendments. At the General Assembly itself, Foothills would seek to set a higher bar for incoming business, allocating more discernment to presbyteries, and the use of supermajorities or no voting at all to push for more consensus. ACSWP acknowledged the rapid pace of business in some GA committees, and in some floor debates, but stood by traditional emphases on majority rule and encouragement of multiple voices from more presbyteries.

ACSWP reaffirmed to the group its support for recent assembly votes on inclusive ordination and marriage, and divestment from U.S. companies supporting the occupation of Palestine, even though both initiatives came from presbytery overtures and other GA bodies. In January 2015, Foothills Presbytery approved the change in the definition of marriage by a vote of 84-61.

The Foothills and ACSWP teams both showed deep familiarity with the church and its ambiguities. On some social-ethical issues, the General Assembly is seen as making too much impact, while on others the GA did not seem to make enough difference. The group asked the following clarifying questions:

Both groups were united in grieving the numbers of congregations and individual Presbyterians who have left partly in response to recent GA decisions, knowing that congregational and presbytery culture generally determines how those decisions are viewed. And both groups know that younger people in our culture tend to be less traditional and often associate the church with conservative positions quite different from those of the assembly — about which they have not yet heard. 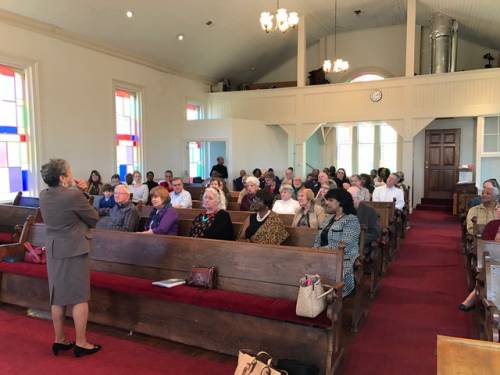 An open forum discussion at the meeting hosted by Foothills Presbytery and the PC(USA) Advisory Committee on Social Witness Policy (ACSWP) in South Carolina. (Photo provided)

Among other events for the ACSWP visitors was a presentation by Dr. Christine Darden, a former NASA scientist and pioneering African-American woman whose group is featured in the hit film Hidden Figures. Darden, a recent co-chair of ACSWP, spoke at the Mattoon Presbyterian Church. The Rev. Christian Iosso, coordinator of ACSWP, led an Adult Forum class at Fourth Presbyterian, Greenville, on the Social Creeds of the Churches, 1908 and 2008.

On Monday evening a group of chaplains, pastors, and medical and mental health professionals met to discuss the proposals for ending the “war on drugs” contained in a report being circulated for comment by ACSWP called “Healing Not Punishment,” which is in part a response to states decriminalizing marijuana.

At the invitation of the Presbytery, representatives of ACSWP attended the Foothills Presbytery meeting on Tuesday, which featured a celebration of the presbytery’s history and mission. At the end of the meeting, Dr. Steve Webb, an economist co-chairing ACSWP, presented a discussion of the General Assembly’s recently adopted report on “Israel-Palestine: For Human Values in the Absence of a Just Peace.” While reaffirming the church’s preference for a “two-state solution,” the assembly report documents the de facto reality of a one state controlled in almost all respects by the government of Israel.

Presbytery members also shared a six-week study resource developed by the presbytery in 2012, “An Introduction to Middle East Issues, and The Witness of Palestinian Christians.” Both groups felt the church’s reports explain the nature of the occupation and dispossession of Palestinians, Christian and Muslim, much more carefully than most of the spectrum of U.S. media present it, returning the conversation to how the church can better witness for a just peace there, and elsewhere in the Middle East.