Make A Donation Click Here >
Home › A home away from home

Presbyterians help Afghans get settled in the US 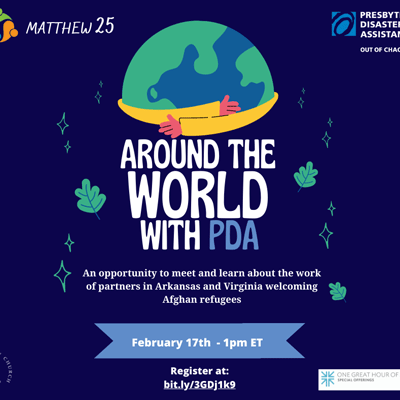 LOUISVILLE — Presbyterians have been stepping up to help Afghan families feel welcome in the United States, from providing meals and housing to helping children get registered in school.

“We feel confident that this is the most important thing we’re doing in our church right now and that we are absolutely doing the right thing,” said Julie Font, a member of Second Presbyterian Church in Little Rock, Arkansas, who co-chairs an Afghan sponsorship team working to address the needs of refugees. “We’ve just tackled every little hurdle as they come up, and we keep moving on.”

Thousands of Afghans have sought refuge in the United States due to turmoil in their country, where living conditions have worsened since the fall of the Afghan government and military and the departure of U.S. troops last summer.

During a webinar by Presbyterian Disaster Assistance, viewers learned about how Ferncliff mobilized to provide transitional housing when Second Presbyterian notified the center that Afghan refugees would be arriving soon and needed a place to stay for a while. 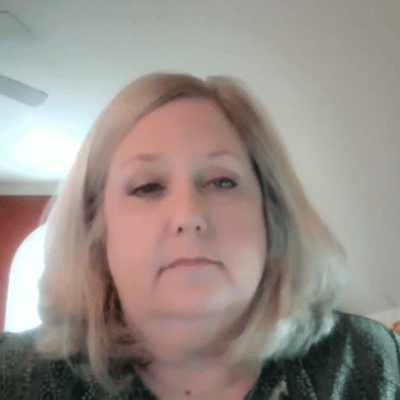 “The challenge was it’s very hard to find housing for a family of nine that will only allow you to stay for 30 days, or however long you need to stay, so Ferncliff stepped up and said, ‘We’re going to do whatever it takes to make this work for you guys,’” Font said. “So not only did they provide housing, they provided it quickly.”

Being flexible is one of the keys to working with newly arrived persons, according to Ferncliff’s executive director, Joel Gill. Instead of being overcome by a language barrier, “we just used Microsoft Translator on the phone and depended on some resources, and so much can be communicated just through mannerisms and being welcoming,” he said.

Gill also spoke of learning about new customs. “I have drank more tea than ever in my life,” he said. “Every time you go to visit, you come in and you have tea. … What a wonderful custom.”

But there’s also a lot of footwork involved in getting refugees acclimated to the United States. For example, Font said, “we started doing things such as English language training. We were helping the dad hunt for a job. We were getting the kids registered in school. We were grocery shopping. We were teaching them how to use Western appliances. We were outfitting them in clothes because they showed up with really only a large duffel bag full of clothes for a family of nine, so it was a lot of activity on a daily basis.”

However, there are rewards too. “This is a precious family,” Font said. “We are in love with this family. They are so grateful to us. They are so happy to be in America. They’re happy to be in Arkansas, and we are enormously happy to have them here, and our state has been very, very welcoming to them as well.”

In Virginia, Massanetta Springs has been helping to house and feed refugees as part of a partnership with Church World Service that began a few years ago, said the Rev. Clayton Rascoe, executive director of Massanetta Springs. 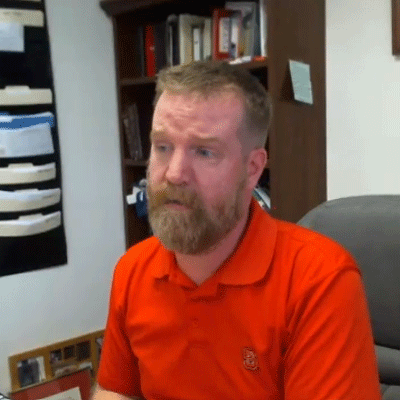 The Rev. Clayton Rascoe is the executive director of Massanetta Springs Camp and Conference Center in Harrisonburg, Virginia. (Screenshot)

Discussing this current wave of refugees, he said, “the first two men arrived on our campus and then later on that week, we started providing meals (last fall). … Today, we have had 183 Afghan refugees,” including several that are still visiting while others have moved on to permanent housing.

There has been great community support. “When we committed to this, we knew we didn’t have enough dining staff to do this on our own, and so we have hired some additional staff, but we have also had over 120 volunteers from all over our community come and help provide the meal service and that sort of thing,” Rascoe said.

The volunteers have come from various places, including James Madison University, and “our local mosque has come and provided full meals to have things that feel a little bit more like home for folks,” he said.

Rascoe also noted the multiple ways in which Presbyterian churches have been helpful. “One is through their financial generosity,” he said. “Two is through their volunteering here and a lot has just been checking in on what’s been needed and developing a lot of new partnerships.”

Carolyn Thalman of First Presbyterian Church of Winchester, Virginia, is among those who’ve been helping refugees make the transition from Massanetta Springs into the community. She recounted a special moment when she arrived at a home that was being prepared for a family. 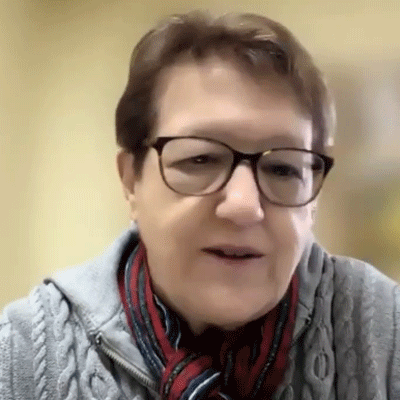 “It was the most overwhelmingly spiritual moment I think I’ve ever had,” she said. “There were new volunteers — people I hadn’t met yet — and other volunteers putting together bookshelves, putting together dressers that we had to buy because we had a 24-inch staircase and nothing would fit up them. People were in the kitchen setting up the kitchen. There were several people putting up draperies, probably a dozen or more people just doing the things that community does to welcome new people.”

“I just had to stop,” Thalman said, “and be grateful.”

Presbyterian Disaster Assistance is one of the Compassion, Peace and Justice ministries of the Presbyterian Mission Agency. Its work is made possible by your gifts to One Great Hour of Sharing.