After a 36-year career in the pharmaceutical industry, Cincinnati Presbytery’s Lisa Allgood is having ‘a lot of fun’ in the Queen City 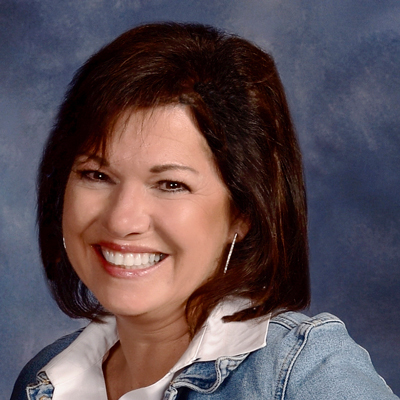 LOUISVILLE — Lisa Allgood, a commissioned ruling elder and the executive presbyter for the Presbytery of Cincinnati, sometimes refers to herself as “the accidental presbyter.” After a 36-year career in the pharmaceutical industry, the trained immunocytochemist accepted a planned three-month stint when the presbytery called her to leadership.

That was 2½ years ago. Allgood continues to lead the presbytery, with its 67 congregations and other ministries, in innovative ways, including campus ministry at the University of Cincinnati, which got its start in the midst of the pandemic. As Allgood told Bryce Wiebe and Lauren Rogers Monday during Special Offerings’ “Between Two Pulpits” Facebook Live even, the work continues to be fun and engaging for everyone involved.

“We are trying all kinds of fun things, and the presbytery has responded very favorably to it,” Allgood said. “There is a lot of potential in this presbytery. We’ve really had a lot of fun.”

Allgood said the presbytery was the second in the Presbyterian Church (U.S.A.) to accept the Matthew 25 invitation. A survey of the presbytery indicated most churches were already engaged in eliminating systemic poverty and wanted to work on dismantling structural racism. Hence the Racial Equity Multicultural Justice Forum was formed.

“It sounds like Marvel Comics,” Allgood told Wiebe and Rogers. “I think they need capes. They have done some really cool things” moving the needle on racial equity within and across the presbytery, as the forum’s mission statement says.

Last year the Lilly Endowment awarded the presbytery a $1 million grant to help it, in Allgood’s words, “ramp up congregational revitalization.” Twenty congregations were enrolled in the program, with 10 more set to join in the fall. Participating churches “take a deep dive into who they are and what is around them, and what strategy they can bring out to be relevant in their context.”

The efforts have already produced noteworthy results, Allgood said. One church of mainly BIPOC members was already offering an eight-week summer program to tutor neighborhood children, take them on field trips and feed them. The pastor decided to extend the program throughout the year to one day each month, even calling it “The Best Day of the Month” program. Additional activities for the youth have included enjoying Cincinnati Reds’ games and touring the National Underground Railroad Freedom Center.

Allgood is working to replicate that idea in some of the presbytery’s more rural churches.

The presbytery was lucky — “blessed,” Allgood calls it — to have begun offering churches $5,000 technology grants even before the pandemic, in November 2019.

“A lot of small churches have no website and no Facebook [presence],” Allgood said. The online presence they’ve been able to develop through the grant is “the new Narthex for them.”

Some churches, she said with a laugh, are “tired of getting my love notes,” which are in fact science-based data on infectious diseases that Allgood freely and frequently distributes.

“I go back to the sources I still have,” Allgood said, including publications of the Centers for Disease Control and Prevention, the Journal of the American Medical Association and the New England Journal of Medicine. While Allgood never dispenses medical advice, “I can talk about ‘Here’s the things to pay attention to’ and ‘This is what it means to you in church,” such as trained singers project out about 24 feet and children under 12 — the age group that hasn’t yet been approved for the coronavirus vaccine — carry more virus in their nasal airway than adults do.

“We’ve brought that kind of data into a church context,” Allgood said, “and I think people found that information helpful.”

With her pharmaceutical background, Allgood has spent much of the pandemic on a “Zoom tour” of mid council gatherings, informing her mid council colleagues about what the science has had to say about this strain of coronavirus.

“It was fabulous getting to know my amazing mid council colleagues in a whole new way,” Allgood said. “It’s been hard [for church leaders] to know what is safe and what is not when there is so much misinformation.” Those challenges were made worse by racial injustice issues and the lead-up and aftermath of the 2020 election cycle, Allgood said.

“The comfort for many people was going back to the sanctuary, but there are different levels of comfort,” Allgood said. Some people are immunocompromised; others who refuse a vaccination also won’t wear a mask.

“How do you keep the population safe when you have so many silos of belief about a vaccine or a virus?” Allgood asked. But Allgood has at least one superpower at her disposal: after her 36 years in the industry, “One thing I can do is translate, to take scary data and say, ‘Think about it this way when your session is meeting and making those tough decisions about reopening. Can you sing? How can you sing?’ I get emails about ‘What do you think about this?’ and I answer every one of them. If there is some data I can bring to it or someone I can point them to, I will absolutely do that.”

Wiebe said as the pandemic wore on, he grew to appreciate that mid council leaders “continue to be the lifeblood of this denomination, a source of leadership and connection that can’t easily be replicated anywhere else. For us to think continually about the future of what it means to be Presbyterian and how we maintain good and effective regional partnership and leadership, it’s going to be paramount, and so I’m grateful to you.”

Rogers generally asks the same question to bring each Between Two Pulpits conversation to an end: What is your hope for the future of the church?

“I’d love for the national denomination to find its rhythm so it becomes the ultimate connectional piece to the mid councils and to the congregations,” Allgood said. “I’m not saying that’s not the case, but in the constant transition and the new world we find ourselves in, I’m not sure any institution has. I hope we all find a way to get there.”

“Also, and it’s what we’re trying to do in the presbytery, is to give each congregation the insight and the tools and the ability to go to the Spirit and ask, and the knowledge they have to go to the Spirit to ask, ‘What is God dreaming for us?’ And then have the courage to do that.”

The guest for the 1 p.m. Eastern Time edition of Between Two Pulpits on Monday, July 19, will be the Sheri Dittman, a commissioned pastor at First Presbyterian Church in Brownsville, Texas. Watch Dittman’s interview with Wiebe and Rogers here.