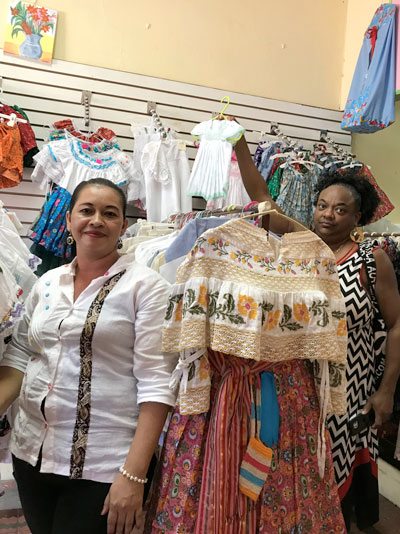 Since 1970, the Presbyterian Committee on the Self-Development of People has been a partner in grassroots projects around the world that seek to improve the lives of poor and underserved people. Our mission has been, and continues to be, a God-inspired work “toward the self-development of economically poor, oppressed and disadvantaged people who own, control and benefit directly” from such projects.

As situations in 1970 directed concerned people to launch the SDOP ministry, so situations in 2006 directed concerned people to re-examine the nature of that work and its methods. Spreading funds thinly across the world no longer seemed effective. In 2006 SDOP determined it was time to become more focused and proactive in responding to the plight of people living in poverty. From 2006 to 2010 the ministry established long-term, committed and focused relationships with community groups in the Dominican Republic; during that same time, partnerships were establish with intermediary partners in different parts of the world who work directly with communities of economically poor, oppressed and disadvantaged people. Using the SDOP criteria, they established partnerships in their region. In 2010 SDOP moved its focused funding from the Dominican Republic to Belize. An intermediary partnership was established in the Dominican Republic with CE-Mujer to continue the work of SDOP.  In 2013 SDOP established an intermediary partnership with the Presbyterian Church of Rwanda.

Panama, SDOP focus country for the next 6 years…. 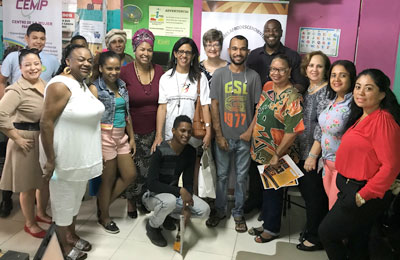 The Presbyterian Committee on the Self-Development of People (SDOP) National Committee selected Panama as its focus country in 2016. SDOP will establish partnerships with economically poor grassroots groups for the next 6 years.

Panama is a country in Central America, bordered by Costa Rica to the west, Colombia to the southeast, the Caribbean Sea to the north and the Pacific Ocean to the south. The capital and largest city is Panama City, its metropolitan area is home to nearly half the country’s 4 million people. It is a country of contrasts and inequalities.

Fifty percent of the population in Panama is poor. The economic inequality between urban and rural areas is extraordinary. There is a huge contrast between the richest and poorest people. The wealth of the country is not well distributed.

A team comprised of two members of the International Task Force and two staff visited Panama last November. The purpose of the visit was to introduce SDOP’s work, begin development relationships with potential partners, meet with grass-roots groups, community leaders, and Panamanian people who would connect us with groups of poor and disadvantaged people that could benefit from SDOP grants.

During this first visit, the SDOP team visited with 3 organizations in Panama City (CEMP, FAOPAFA, and CALICANTO) and 2 organizations (APROMAD and Crafts Art and Beauty) in Chitre, a rural area.

This is the beginning of a new partnership for a six-year period that we expect will be very successful like in our previous international country of focused engagement in the Dominican Republic and Belize. 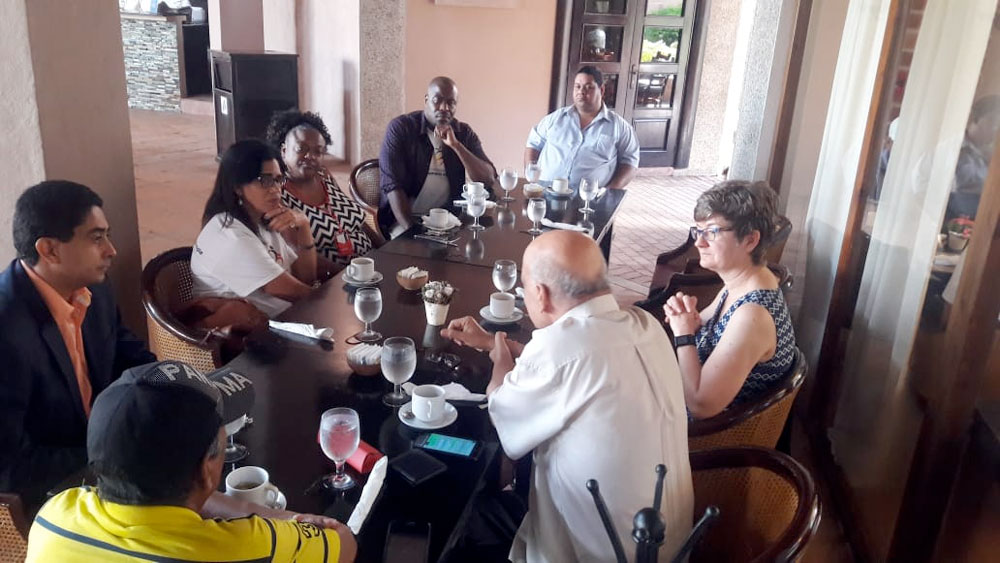 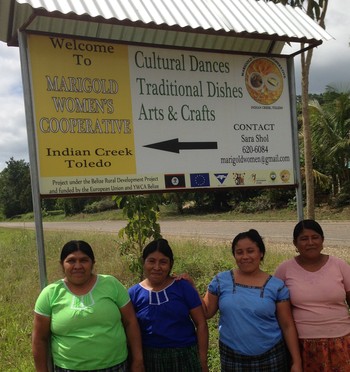 In 2010, the International Task Force identified the country of focused engagement for the next six years as Belize, the northern most Central American nation—bordered on the north by Mexico, on the south and west by Guatemala and on the east by the Caribbean Sea.

Belize is a country of contrast.  The initial tourist image quickly fades into a much more complex image dealing with issues of urban squalor and rural poverty.  The rural poverty is especially prevalent in the southern part of the country.  The two southern most districts are Stann Creek and Toledo.   Our first visits to Belize have been educational and relationship building, particularly relating to Stann Creek and Toledo.  These two districts are home to the indigenous cultures of the Mayan and Garifuna (descendants of Carib Indians and African slaves) people.   This is a country rich in culture.  The people are warm, friendly and confident in their ability to face life’s challenges, both old and new ones, together making a better world for themselves, their children, communities, and country.

is an intermediary partner that support agriculture; handicrafts; saving and loan associations; income generating activities; and water supply and electricity projects. The beneficiaries of these projects are from the poorest and undeveloped regions in Rwanda. 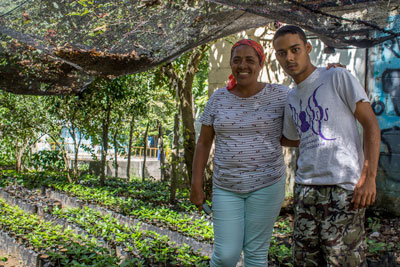 CE-MUJER is committed to improving the quality of life for women and communities by assisting in their empowerment for gender equality through self-management, education, training in non-traditional technical skills, income generation, health and public politics with influence on both the national and local level.

In 2005 when Self-Development of People instituted ‘The Mission Funding Strategy for the International Task Force of the Self-Development of People’, a five year pilot program, the country identified for focused funding was the Dominican Republic.  This segment of the strategy has proven to be an effective way of engaging in partnership with communities in a specific country.  The pilot program has evolved into the “SDOP International Partnership Development Mission Strategy.”  The partnerships established have been and continue to be about hope, dignity, empowerment, justice, and compassion.

Partnerships in the Dominican Republic

The country of focused engagement beginning in 2011 is Belize, the northern most Central American nation — bordered on the north by Mexico, on the south and west by Guatemala and on the east by the Caribbean Sea.

Belize is a country of contrast. The initial tourist image quickly fades into a much more complex image dealing with issues of urban squalor and rural poverty.  The rural poverty is especially prevalent in the southern part of the country. The two southern most districts are Stann Creek and Toledo. Our first visits to Belize have been educational and relationship building, particularly relating to Stann Creek and Toledo. These two districts are home to the indigenous cultures of the Mayan and Garifuna (descendants of Carib Indians and African slaves) people. This is a country rich in culture. The people are warm, friendly and confident in their ability to face life’s challenges, both old and new ones, together making a better world for themselves, their children, communities, and country.

In 2010, The Presbyterian Committee of the Self Development of People selected Belize as a focus country as a part of the new international funding strategy.  After the first visits to the country, in 2011 it was decided to work with grassroots’ communities located in the southern part of the country because of the precarious poverty conditions in this region.

Since then the International Task Force members and staff have worked and continue working to build relationship with communities in Stann Creek and Toledo Districts. These are mainly Mayan and Garifuna (descendants of Caribbean Indians and African slaves) communities. We have conducted numerous workshops in different cities such as Belize City, San Antonio, Belmopan, Dangriga, Seine Bight, Placencia, Punta Gorda, and San Ignacio. We have visited many Mayan villages and visited several community groups.

In this work we have been assisted by several partners in the country such as US Peace Corp volunteers, community organizers, church leaders, and officers from the Department of Cooperative and Agriculture. The Belize Department of Cooperatives is one of the main partners that has helped us to know the communities in need, helped the groups with the funding process, helped the communications between the groups and us, etc. This collaboration is highly appreciated on our part because the groups funded have achieved their goals and are seeing drastic changes in their lives and in their communities.

To date we have established partnership with nine grassroots groups in Belize and we are looking forward to establish more in years to come.

This is the list of the nine groups funded, including their names, location, amount funded, description of their grants, and group pictures: 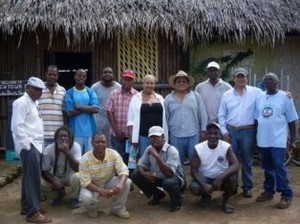 Hopkins Farmers Cooperative Society Ltd, Hopkins Village
$19,600
A group of farmers from the Hopkins Village area of Belize have come together to form a co-op with the intent of manufacturing cereal from locally produced grains. 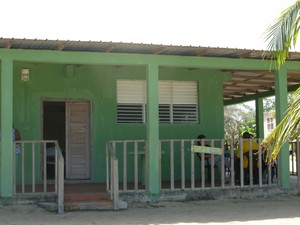 Sandy Beach Women’s Cooperative Society Limited, Hopkins Village
$20,050
Started in 1984 this is the oldest Garifuna women owned cooperative in Belize. They are working to re-build their hotel which was destroyed twice by fire. The SDOP grant will enable them to complete their facility used for meetings, catering, and selling lunches. 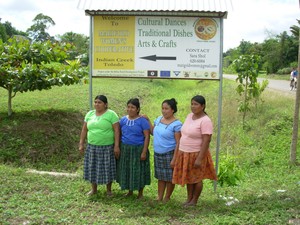 Marigold Women’s Group, Toledo District
$20,000
This group of indigenous Mayan women has started a local roadside restaurant which creates employment for the members and improves the community. 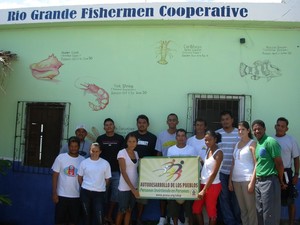 Rio Grande Fisherman Cooperative, Punta Gorda
$20,000
The grant to the fishermen cooperative was to expand the group’s facility that would allow them to store sea cucumbers before exporting to China and to have a larger area to clean fish and be able to display for sale to their Punta Gorda customers. 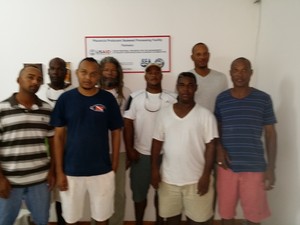 Placencia Tour Guide Cooperative, Placencia
$3,500
This group of local tour guide operators is trying to survive with the influx of resort and cruise ship tour guides coming into the community. The funds will be used for technical assistance to cover capacity building, transportation, rent and office equipment. 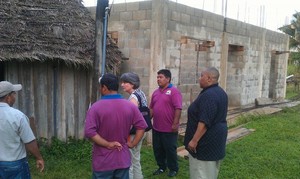 Maya Freshwater Cooperative, near Punta Gorda
$19,500
Through our partnership this rural community group has been able to build a two room cement building that will house a small store and a computer lab for the community. The building will also serve as a hurricane shelter. 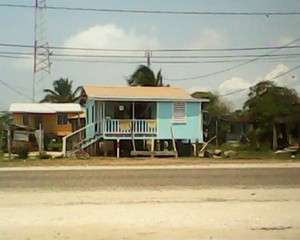 Seine Bight Village Council, Seine Bight Village
$19,910
The grant will assist this indigenous community in revitalizing its village through painting blighted homes, installing speed humps to slow traffic and restoring a local reservoir. Group members will install signage and educate the community about health, safety and unity as first steps toward attracting and benefitting from the burgeoning tourist industry in the region. 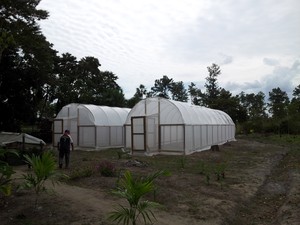 Trio Farmers in Development Pre-Cop, Trio Village
$20,042
This grant will enable farmers of this cooperative to try new methods of growing seedlings in “tunnels” that will improve the yield of their crops. 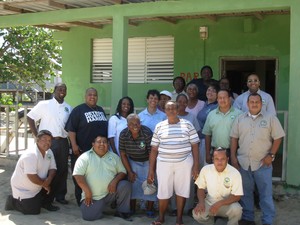 Sandy Beach Women’s Cooperative Society Limited
$22,500
Additional funds were approved for the purchase of an additional cabaña, extension of kitchen facilities and developing proper marketing strategies to effectively market the cooperative business owned and operated by this group of indigenous Garifuna women. 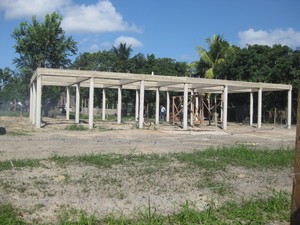 El Paraiso Agriculture Cooperatives Society Ltd, Bella Vista Village
$20,071
This group of 72 active members realized their crops and the crops of their farmers in the area were being poorly marketed. To alleviate this problem they are establishing a distribution center for local produce. The partnership with SDOP will assist in the construction of the center.

Self Development Of People (SDOP) ❯