Coronavirus/COVID-19 Resources for Congregations and Members

Call to prayer and action

Syria: a call to prayer and action

The people of Syria are on our hearts and minds. More than two years of conflict have resulted in over 100,000 deaths, 2 million Syrians becoming refugees, and the internal displacement of as many as 5 million Syrians. The use of chemical weapons on August 21, 2013, resulted in the deaths of over 1,400 people, including hundreds of children—a move prompting the United States, along with other nations, to contemplate the use of military force. The Peacemaking Program and Presbyterian Disaster Assistance are working collaboratively in ongoing humanitarian response to the crisis in Syria.

Stand in the GAP for Syria Bulletin Insert (color)

Service of Prayer for Peace for Syria

God of all peoples (Syria prayer)

Working in an organized, active way toward a specific goal in peacemaking

One destination for trafficked children is soldiering. Human Rights Watch reports that children under 18 are currently used as soldiers in at least 14 countries. UNICEF estimates that as many as 300,000 children are engaged in armed conflicts. This all takes place despite international laws that prohibit the use of children as soldiers.  Learn more and take action

These products help to sustain the ever-expanding illegal Israeli settlements in the West Bank and East Jerusalem, which have dispossessed Palestinians of their homes, agricultural lands and water resources, and have disrupted the ability of Palestinians to move freely and develop a viable economy.  The settlements are identified as a major roadblock to a just and lasting peace for Israelis and Palestinians based on the two-state solution. Learn more and take action

Concrete activities that build capacity, including education for peacemaking 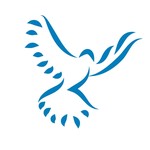 The commitment to peacemaking

The Commitment to Peacemaking is a tool to help Presbyterians engage individually and collectively in peacemaking ministries and was introduced to the Presbyterian Church (U.S.A.) in 1983.  Since then more than 4,300 congregations and other groups have affirmed the Commitment and used it to shape faithful and creative ministries of peace and justice. Learn more and make the commitment

Trigger is a documentary that was produced in part as a response to the 219th General Assembly (2010) resolution “Gun Violence, Gospel Values: Mobilizing in Response to God’s Call” to shed light on the growing issue in an effort to “take responsibility to build public awareness of gun violence and the epidemic of preventable gun-related deaths.” Since the production of Trigger, there have been more than 100 screenings and discussions on gun violence across the country in the last year. Learn more