Just this past January, though it seems practically another lifetime ago in this year that doesn’t seem to let up, large portions of Australia burned. The skies turned orange, while smoke blanketed the country’s largest cities. Now, on our side of the Pacific, we are reliving that story. San Francisco has turned red and orange while smoke covers most of the sun. 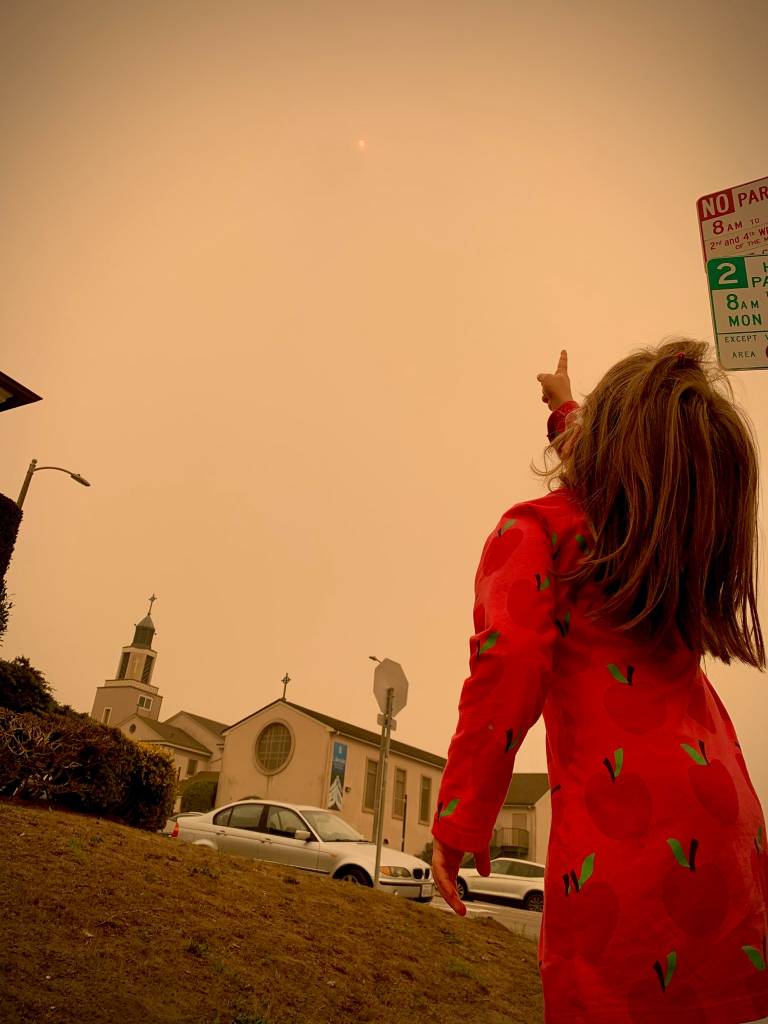 A little girl points out the sun as it peeks out in a smoke filled sky. Credit Brad, G. San Francisco.

At the time of this writing, at least 15 people have been killed in California, Oregon and Washington wildfires. Additionally, fast-moving wildfires have forced about 500,000 people in Oregon to flee their homes. According to the National Interagency Fire Center, there are at least 96 large fires in the western US. More than 3.4m acres have burned so far.

According to NPR, California alone set a record high this week for the most acres burned in a single wildfire season. In an average season, 300,000 acres burn. This year more than 2 million acres have been scorched — and the season isn’t over yet.

Climate change is not just a slow-moving shift in temperature. Its effects are unevenly spread across the Earth, and it can manifest in surprising ways, including increased heat waves, hurricanes, floods, droughts, and yes, even wildfires. 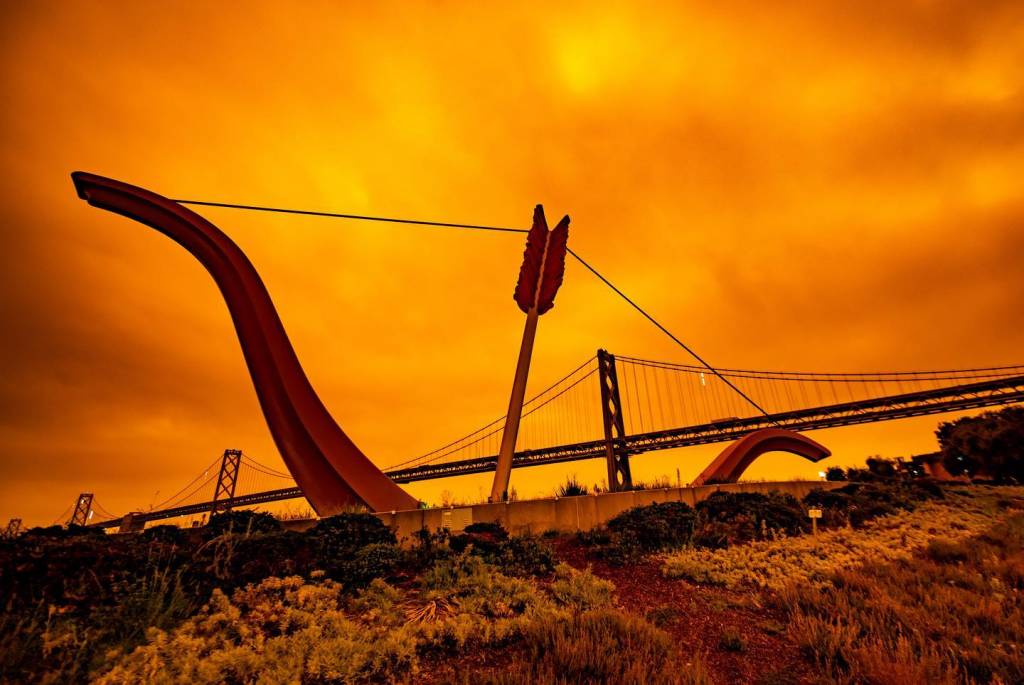 We know wildfires aren’t started by climate change but they are exacerbated by it. Some, including the Climate Council, suggest that fire conditions are now more dangerous than they were in the past, due to things like drought, drier soils, and record-breaking heat as was experienced in Australia.

In the reverse, wildfires also impact climate change because they emit massive amounts of carbon dioxide and other pollutants that can affect regional and even global climate. As drought and heat continue with rising greenhouse gas emissions, we can sadly anticipate more wildfires in years ahead, especially with the fire seasons getting longer.

We, particularly as people of faith, can no longer pretend that our actions do not impact the Earth in deep and profound ways. We can keep spending financial resources and sacrificing human lives to address devastating fires and other weather disasters that climate change makes worse — or we can work together to slow the impacts of climate change.

As part of our call to serve and preserve God’s creation, we have the power to create a more sustainable future.

What can I do?

Give! Gifts to the One Great Hour of Sharing ministries to enable immediate and long term response to catastrophic events. Read more about the immediate response of Presbyterian Disaster Assistance here.

Advocate! In the US, if you want to contact elected officials and make your voice heard about climate change action — you can do that here or through the Office of Public Witness in Washington DC.

Plant trees where they’re needed most. Trees help reduce the carbon dioxide load in the atmosphere.

Create Refuge with your congregation. Around the world when tragedies strike — in times of war, political conflict, and natural disaster — churches serve as places of refuge. To understand how to plan for climate change, it is helpful to think about the relationship between creation stewardship, adapting to possible changes, and disaster response. Blessed Tomorrow’s Moving Forward Guide assists congregations to continue to be a refuge by helping to plan for the impacts of climate change

Raise awareness! You can share this post and others that lift up the connection between climate change and disaster. More eyes on the issues means more help to those who need it most.

Learn about the intersections of the root causes that cause our environmental and climate crisis, including how those our shared with the currect COVID-19 crisis by attending the 2020 Green Team Summit offered by Faith in Place.