The new language of love

Our words can be used to heal 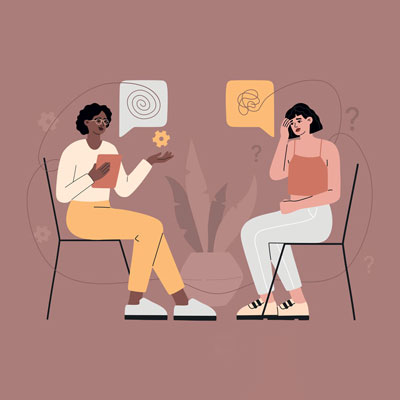 The pain from hurtful words can result in issues of self-esteem, or it may cause one to make wrong life choices. Words spoken to intentionally cause pain to another — or unintentionally — can chip away at the life God envisions for all.

Many of these words and phrases that have the ability to cause so much pain have origins that are deeply rooted in racism and gender inequality. Such words and phrases, many of which have been around for centuries, have been so incorporated into the language we use on a daily basis that many times those who speak them are oblivious to the words’ true meanings or hurtful origins.

For example, the use of “peanut gallery,” which came into use during the vaudeville era, referred to those poorer folks, often people of color, who couldn’t afford the good theater seats. And what about the term “master bedroom”? According to a 2020 report on the national morning TV news show “Today,” the Houston Association of Realtors ended its use, opting for “primary bedroom” instead in its listings. The term “master” harks back to the days of slavery. The term “master bedroom” first appeared in a Sears catalog in 1926 to describe a home of someone with wealth.

Racism is not the only driving factor for many of our hurtful words and phrases. Words that are indifferent to matters of gender can be just as damaging.

The Rev. Shanea D. Leonard, coordinator of the Gender & Racial Justice office for the Presbyterian Mission Agency, said, “In Western culture everything is gendered. Gender is used subconsciously from childhood through adulthood. It’s present in everything from who should play with what toys to who should wear what type of clothing. If someone expresses themselves outside of male or female, it is deemed abnormal and wrong in some way.”

Leonard says it is important to use gender-inclusive pronouns because they help to reaffirm identity.

“By using a person’s correct pronouns, you are showing them respect and forming an inclusive environment,” said Leonard. “It is important to never assume a person’s pronouns but rather give space for them to self-identify. Gender is not just about boys and girls. It’s a rainbow of all kinds of identities. Many nonbinary people feel they don’t fit perfectly into the boy or girl box. They can feel like both a boy and a girl at the same time, neither or even something else altogether different.”

To help increase understanding and to encourage a better choice of words throughout the PC(USA), several groups have worked together to update a guide for the use of inclusive language. Originally published in 2001, the updated “Well-Chosen Words” guide was created by the Racial Equity & Women’s Intercultural Ministries; Presbyterian Women; Compassion, Peace & Justice; and the Advocacy Committee for Women’s Concerns.

What speaking the language of love comes down to is the awareness that God’s Creation is beautiful, colorful, diverse and, at times, seemingly complicated. But, as the Apostle Paul, who was adept at speaking words that build up rather than tear down, said to the church in Ephesus, “Let no evil talk come out of your mouths, but only what is useful for building up, as there is need, so that your words may give grace to those who hear” (Ephesians 4:29).

Sticks and stones can break our bones, but the adage is wrong when it tells us that words can never hurt. The words we speak can hurt others and hurt them for a lifetime. The good news, though, is they can also heal. And that healing begins with understanding the hurtful, divisive backgrounds of the words we use and choosing words that speak love instead.

Merciful God, you have made us so we may cherish one another. Take the fear from our hearts so that all people may live in peace and justice. Amen.