Make A Donation Click Here >
Home › ‘We are backed by God’

Panelists decry gun violence, lament militarism and urge viewers to engage by visiting the nation’s hotspots, including the southern border 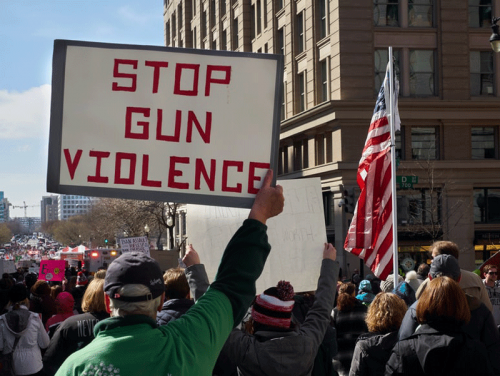 Photo by Chip Vincent via Unsplash

LOUISVILLE — Against the backdrop of Russia preparing for the possible invasion of neighboring Ukraine, three panelists offered their perspectives on gun violence and militarism during the second Connecting the Dots webinar Tuesday.

Coincidentally, Tuesday was also the 290th birthday of George Washington, who as panelist John Lindsay-Poland pointed out was required as a landowning white man to carry a gun (even when he wasn’t fighting the British during the Revolutionary War) as part of the citizen slave patrols at the time. “That’s how our nation’s first president birthed modern policing and the Second Amendment,” said Lindsay-Poland, a writer, activist, researcher and analyst focused on human rights and demilitarization who coordinates the Stop U.S. Arms to Mexico project, which seeks to make transparent and ultimately reduce U.S. legal gun sales to Mexico.

Joining Lindsay-Poland on the panel were Shailly Gupta Barnes, policy director for the Kairos Center and the Poor People’s Campaign: A National Call for Moral Revival, and Jocabed Gallegos, since 2014 the Mexico coordinator for Frontera de Cristo. The Rev. Emily Brewer, executive director of Presbyterian Peace Fellowship, helped plan the webinar and hosted it. The Presbyterian Peacemaking Program joined the Presbyterian Mission Agency’s Militarism Working Group to help put on the webinar.

In a prayer to open the 90-minute webinar, the Rev. Dr. J. Herbert Nelson, II, Stated Clerk of the General Assembly of the Presbyterian Church (U.S.A.), asked God to “help us transform the work that we do, that we might choose life over death. Open us to the presence of your Spirit and walk with us this day, that we might see the possibilities of your coming kingdom.” 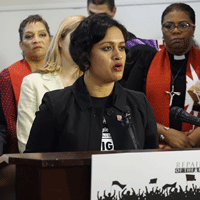 Barnes noted that gun violence kills 33,000 people every year in the United States. Across the country, police departments are receiving military-grade equipment, and to date, about 450,000 items produced for war are “now in our local police departments to deploy against people,” Barnes said.

“The function of guns for people who acquire them is to control people’s behavior,” Lindsay-Poland said.

Gallegos, whose ministry is in Agua Prieta, Sonora, Mexico, across the border from Douglas, Arizona, said through an interpreter that border towns “are stigmatized as places where violence is found. People are affected” by political decisions and policies, “whether we like them or not.”

“We find it a space of confrontation. The borders are militarized,” Gallegos said. “You can see the tension between the two countries.” 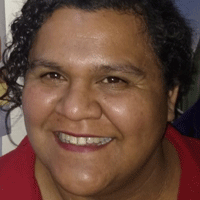 “Is this the peace we want to have?” Gallegos asked. In recent years, the families most vulnerable to gun violence and militarism, according to Gallegos, have been migrant families.

Presbyterians have supported the Migrant Resource Center in Agua Prieta “because we offer a welcome to people made very vulnerable,” Gallegos said. “We are backed by God and we can create connections with other organizations who are struggling to support and protect against violations of human rights.”

“We as faith communities need to provide a response — not one that generates violence, but a response of love so people will sit at the same table and speak of peace and transformation,” Gallegos said, because sitting down with people with a different viewpoint is “one of the challenges we have.”

“We don’t know each other’s lives, and that’s how violence grows,” Gallegos said. “It’s important to know what’s going on on the other side.”

“Go and see what’s happening on the border,” Gallegos urged webinar viewers. “There are ministries going on all along the border. Come and get to know them so you can understand this and speak to it.”

And as people take part in activism and share it on social media, Brewer asked them to include the hashtag #connectingthedotspcusa. “This is deeply spiritual work,” Brewer said, “that we can’t do alone.”

“I appreciated Joca’s statement about being backed by God,” Barnes said. Jesus “devoted his life to fighting empire and the systems of injustice.”

“Our faiths tell us there’s another way” than such forces as Christian nationalism, which PPC co-founder, the Rev. Dr. Liz Theoharis, a Presbyterian pastor, outlined in a recent article, Barnes said, “and we need to live into that.” 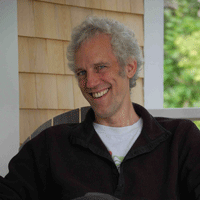 “These are conversations we can have across polarized lines,” Lindsay-Poland said. “That’s why I feel so grateful to be in a movement of people resisting gun violence and militarism in this world. There’s nothing I would trade for that because it’s about love.”