Conference for Seminarians of Color creates lasting bonds of friendship 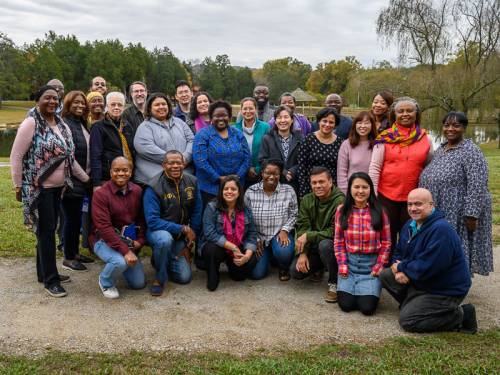 The Conference for Seminarians of Color was held last year at the Children’s Defense Fund’s Haley Farm in Clinton, Tennessee. It had 19 attendees, including three men who have formed lasting friendships during and since the conference. (Photo by Gregg Brekke)

LOUISVILLE — When Edward Byron Elam, Ryan Atkinson and Ralph Lowe arrived in Clinton, Tennessee, last year to participate in Racial Equity & Women’s Intercultural Ministries’ Conference for Seminarians of Color held at the Children’s Defense Fund’s Haley Farm, they had no idea that they would connect with individuals with whom they remain close one year later.

Last year 19 seminary students with diverse backgrounds arrived at the farm, formerly owned by “Roots” author Alex Haley, for four days of training and networking. Because of the COVID-19 pandemic, the conference will not be held in 2020.

“While we are disappointed that we are unable to gather in person for the conference this year, 2020 is still a special year for the Conference for Seminarians of Color,” said Jewel McRae, Associate for Women’s Leadership Development and Young Women’s Ministries. “It marks the 40th anniversary. This conference has been very close to my heart for many, many years — I would say for at least 20 years. It gives seminarians an opportunity to come together to network, to hear from church leaders so they can experience the wonderful things that the Presbyterian Church has to offer them.”

McRae says that it always warms her heart that although people gather as strangers, “When they leave, they are leaving as siblings in Christ,” she said. “They are networking, they are forming and building relationships that will sustain them through seminary and also as they embark on ministry.”

Since the late 1970s, more than 1,000 seminarians of color have participated in the conference.

“One of the purposes of the conference is to connect seminarians of color with church leaders to help them engage in ministries and to deepen and enhance their skills and experience so they can serve effectively for Christ’s ministry,” said McRae. “It is extremely important for the church to hold this conference.”

McRae says the conference will be rescheduled once it can be done safely.  “This conference develops great leaders. It has produced moderators, mid council leaders, General Assembly staff and leaders who serve in nontraditional ministries,” McRae noted.

“The continued relationship between these three young men is what we hope to have happen after each conference. This is one of the main goals of the conference — building and sustaining relationships during and after seminary,” she said.

Advice from a seminary professor

When Atkinson, Elam and Lowe met at the 2019 conference, Atkinson, a member of Statesville Avenue Presbyterian Church in Charlotte, North Carolina, was a first-year student at Union Presbyterian Seminary’s Charlotte campus who said he didn’t know what to expect from the conference. He was still working at his secular job and dealing with the challenges of balancing the demands of work, family, seminary and church activities. Atkinson says he was encouraged by one of his professors to attend the conference. “She told me I would definitely like it and get a lot out of it,” he said.

His professor was correct. He says there aren’t words to describe his relationship with Elam and Lowe. Atkinson, now in his second year at Union, said, “I just completed my Greek classes and I still can’t find the word to describe our friendship. We talk regularly and we leave no stone unturned. Outside of family I’ve not had a relationship like this. We pray with and for each other. It’s an incredible experience.”

Atkinson continues to lead a very busy life.  Along with his seminary coursework, he continues to work as an IT technologist at Duke Energy.  He has taken on more family responsibility as he and his wife have moved his mother-in-law out of a nursing facility into their home to ensure her wellbeing during the COVID-19 pandemic.

His role with the Presbyterian Church (U.S.A.) continues to expand as well. Atkinson served as a Theological Student Advisory Delegate (TSAD) representing Union at the 224th General Assembly (2020) and was nominated for the Presbyterian Hunger Program (PHP) Advisory Committee. “The Seminarians of Color was a great experience. It was someone from the conference that put me in touch with the PHP,” he said. “So many of the people I met there have advised me on courses and have served as advisors in other capacities.  And, I gained a mentor in Ralph.”

Ralph Burton Lowe was a senior at Pittsburgh Theological Seminary and served at Cross Roads Presbyterian Church in Gibsonia, Pennsylvania as director of the Justice Ministries for Pittsburgh Presbytery when he attended the conference. His goal for attending the conference was to make connections because of the lack of diversity in his church and in his presbytery. He was looking to make connections across the country. One would say he accomplished his goal when he met Atkinson and Elam.

“The Conference for Seminarians of Color was a wonderful experience,” said Lowe. “Byron, Ryan and I were roommates at the conference. We stayed up late talking and getting to know each other.” As a result of their connection at the conference, the three men decided they would stay in contact by having bi-monthly phone conversations. While they had already grown close to each other, Lowe says they have since taken their friendship to another level. “Now, during COVID, the three of us have grown closer, “he said. “We share a unique experience. We’re open and honest with each other and we’ve established a really strong connection. These conversations give us a safe space to talk without judgement and to share our joys and concerns. As men of color, these conversations allow us to lift up burdens that we don’t have time to do every day. I love these guys.”

“The conference brought so many things together for me,” he said. “I learned a lot about myself and about the PC(USA). It’s important for people of color to come together to express ourselves.”

Lowe says his work on diversity in the presbytery is now more important than ever. “With the murder of George Floyd, I am trying to increase the affirmation of diversity in many different ways,” he said.

The pandemic delayed Lowe’s seminary graduation. He has one remaining class to take before graduating,

A member of First Presbyterian Church in Jackson, Tennessee, and a student at Memphis Theological Seminary, Elam says he came to the conference hoping to make the type of connections that are hard to make in most corners of the PC(USA), considering the overall lack of diversity in the denomination.

Elam, who currently serves as co-moderator of the General Assembly Committee on Representation (GACOR), said being a Black Presbyterian “is a very isolating experience. To be a Black Presbyterian seminarian is an even more isolating experience. Through attending the 2019 Seminarians of Color Conference, I was blessed to meet Ralph Lowe and Ryan Atkinson. As fellow Black men in seminary pursuing ministry in the PC(USA), we had an instant connection.”

“We vowed to maintain this connection even after the conference had ended. Since the October conference, we have participated in bi-monthly calls. We spend about an hour twice a month on the phone discussing the joys and struggles of life. It’s liberating to have this relationship. We’re able to share things on that call that we couldn’t share with anyone else. As Black men in ministry in the Presbyterian Church (U.S.A) there just are not many people that you can talk to that understand your experience fully. Ralph and Ryan provide that space and opportunity for me. The Seminarians of Color Conference made this friendship and brotherhood possible.” 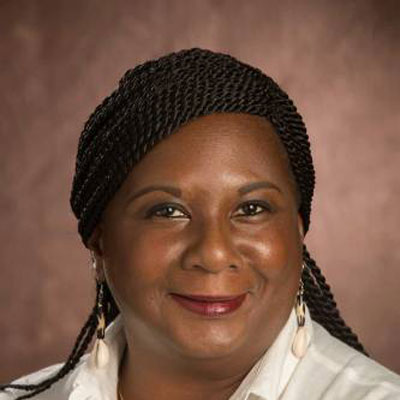 McRae said that the conference “provides an opportunity for seminarians to join in community with other church leaders in a spiritual and nurturing environment.”

In addition to the networking and opportunity to join in the connectivity of the Presbyterian Church, McRae says the conference allows participants to learn about senior ordination exams, the realities of ministry as a person of color, self-care, serving in a new worshiping community, mentors and peer groups, building and sustaining relationships during and after seminary, and much more. “I’m so glad the Racial Equity & Women’s Intercultural Ministries offers this training,” McCrae said.