…be led forth in peace. (Isaiah 55:12). Support to the Peace & Global Witness Offering.
Make A Donation Click Here >
Home › ‘These kids have had to be brave their whole lives’

The Rev. Pepa Paniagua, a force behind a summer camp for LGBTQIA+ youth, shares an event wrap-up with the Synod of the Sun 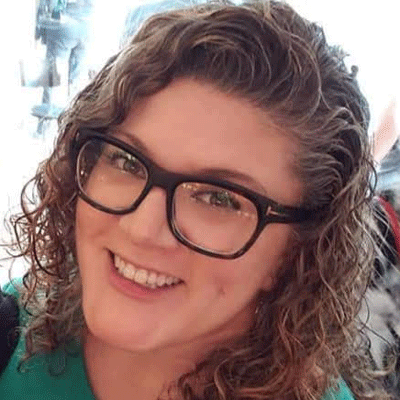 LOUISVILLE — During the most recent edition of the Synod of the Sun’s podcast SunSpots, found here, host Thomas Riggs was sharing some favorite kin-dom camp memories with his guest, the Rev. Pepa Paniagua, the director and co-organizer of the week-long camp put on this summer for 58 youth who identify as LGBTQIA+.

Riggs was near the zipline. A camp staffer was telling youths, “If you put the harness on and walk up to the pole and decide not to go up, look how brave you are.”

When he heard that, Riggs had this to say: “These kids have had to be brave their whole lives. This is a different kind of brave.”

Riggs is the synod’s communications and administration coordinator. Paniagua is pastor of kin-dom community, a 1001 new worshiping community in north Texas. Watch a brief video about kin-dom camp here.

Paniagua helped organize the kin-dom camp held last month at Camp Gilmont to enable the dream of friends Andy Hackett and Garrett deGraffenreid. Other key players making the camp the success that it was included Camp Gilmont’s co-executive directors, the Rev. Kenny Rigoulot and his wife Jennifer.

As kin-dom camp was being envisioned, “I learned my role was to say, ‘Why not?’ Paniagua said. “We got donations and partnerships coming alongside very early. For us, the conversations have been joy-filled and hope-bringing and life-giving.”

“I was the elder on the team at the whopping age of 39,” Paniagua told Riggs with a laugh. “I recognized the responsibility I had was to shepherd and model leadership and then say, ‘Hey, you’ve got this,’ to empower them in their dream. We just loved the crud out of each other.” 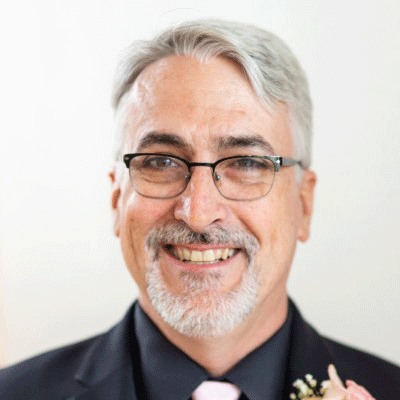 Enough donations came in to provide for $7,000 in camp scholarships, “which meant we were able to say yes to every single scholarship application we got,” Paniagua said. She estimated that up to 60% of campers made use of a scholarship, either partial or full.

“We said it was important that camp wouldn’t be inaccessible based on financial need,” Paniagua said.

Turning to her work with kin-dom community, Paniagua told Riggs it’s named based on the work of Dr. Ada María Isasi-Díaz, who coined the term “kin-dom,” a description of God’s realm that’s always resonated with Paniagua.

“I was tired of language all based on patriarchy,” she said. Removing the “g” from “kingdom” provides for “the full inclusion and belonging of all God’s beloved. … For me, I have become a much deeper believer in the Holy Spirit. As a Presbyterian, I was like, ‘She’s out there. I’m sure she’s doing some cool things.’ Once I got connected with kin-dom community and 1001, the Holy Spirit has been really active and engaged in the life of this work.”

“Our hope,” she said of kin-dom community, “is to just be a space where people can imagine what’s possible when love and inclusion are the norm.”

Like Riggs, Paniagua shared some of her favorite moments from camp — and the time leading up to the camp experience.

“I will never forget sitting in a circle at staff training before campers even got there and realizing that there were young adults in that circle that I had helped raise in the life of youth ministry — and you too,” she told Riggs. “I remember so-and-so when I wasn’t sure they would even make it to this age and here they are and we get to do this together. It was an unexpected moment for me.”

“Some of the most beautiful moments that I’ve experienced as a result of camp have come in the form of messages from parents afterwards who have said, ‘My kid went back to school different in the best kind of way,’” feeling “supported and seen,” Paniagua said. Others said, “My kiddo came home [from camp] and told me the fuller part of who they are. They want to lean more into that and have invited me to support them in that.”

“The ripple effect of camp continues to be beautiful and life-giving,” Paniagua said. “To look at a roomful of kids who all have embodied scars from the world and from their own struggles of being who they are in the world and to know that for a week — for a week — none of them hurt themselves. It doesn’t mean they didn’t think about it, but none of them hurt themselves. For a week, they got a break from what it’s like to be who they are in a world that’s not designed for them. … Just to see that transition from Sunday to Thursday was pretty profound.”

Paniagua told Riggs she has set a goal for future editions of kin-dom camp.

“At every single kin-dom camp, I think we will play Taylor Swift’s ‘You Need to Calm Down,’ because there’s nothing like hearing a roomful of queer people and allies shout, ‘Shade never made anybody less gay.’ If I ever need a mood boost now, that’s what I listen to.”

“Thank you so much for what you give and what you’re continuing to do,” Riggs told her.