Christmas Joy Offering – Supporting our leaders: past, present and future.
Make A Donation Click Here >
Home › The Rev. Jimmie Hawkins of the PC(USA) joins a panel examining the trouble with Christian nationalism 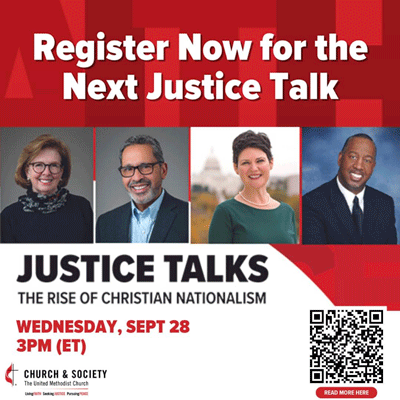 LOUISVILLE — Although there has been much talk in recent years about Christian nationalism, especially surrounding the Jan. 6, 2021 attack at the U.S. Capitol Building, it’s far from a new concept, the Rev. Jimmie Hawkins noted during an online conversation on Wednesday.

“It’s been around for a very long time but has evolved and twisted into new configurations and shapes,” said Hawkins, associate director of advocacy for the Compassion, Peace & Justice ministries of the Presbyterian Mission Agency. “But there have always been those who have attempted to shift Christianity into a servant of the state and the state into a Christian nation.”

Historical examples have included the Doctrine of Discovery, Manifest Destiny and American exceptionalism, Hawkins said. “They were all based upon a theological premise that God ordained white supremacy for the establishment of a Christian nation and to utilize the resources of this land, that the bodies and talents of people of color were all for the benefit of white Christian Americans.” 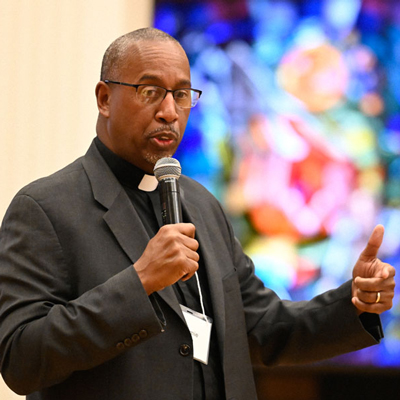 His remarks came during “Justice Talks: The Rise of Christian Nationalism,” an ecumenical webinar by the General Board of Church and Society, which is affiliated with the United Methodist Church.

The webinar was promoted as a way to learn about the dangers of Christian nationalism, why people should be concerned about the ideology and what can be done to protect religious freedom for all.

Amanda Tyler, executive director of BJC (the Baptist Joint Committee for Religious Liberty), led off the discussion with a definition of Christian nationalism.

“It’s a political ideology and a cultural framework that seeks to merge Christian and American identities,” Tyler said. “So, it suggests that to be a true American one has to be a Christian and vice-versa, (that) to be a real Christian one has to be an American, and both of those assertions are fallacies. They violate foundational principles of American democracy. It also violates foundational principles of worldwide Christianity.”

Christian nationalism perpetuates the myth that “the Constitution has been divinely inspired” and that the country’s “founders meant to set up a religious state” promoting Christianity, Tyler said. However, “these ideas are belied by the history and the text of the Constitution,” she said.

During her presentation, Tyler also took time to talk about the difference between Christian nationalism and patriotism.

Patriotism is “a love of country, and we can express love of country in a number of different ways,” she said. “We can vote, we can serve on a jury, we can participate in our community and our civic life. We can learn about candidates and educate ourselves. We can pledge our allegiance or choose not to pledge allegiance. We can protest. These are all ways to be patriotic. But nationalism is an allegiance to country that demands supremacy over all of our other allegiances, including to Jesus.”

“We saw it in 2015 at Mother Emanuel AME Church, we saw in 2018 at the Tree of Life Synagogue and too many other examples,” she said.

There also are nonviolent examples, such as legislation that’s been passed to require some schools to post “In God We Trust.” Such requirements are problematic because they indicate to students that in order to belong at this school, you must “affirm certain theological statements,” she said. 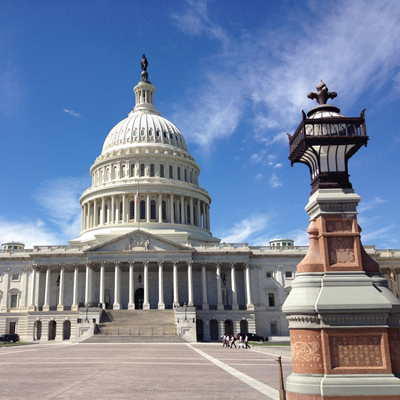 Hawkins thanked Tyler for her presentation, adding that “I’m in total agreement on the dangers of Christian nationalism.”

He also acknowledged the part that some churches and politicians have played in spreading this kind of rhetoric.

“Presidents have spoken of America as an empire of liberty, a shining city on a hill, the last best hope on Earth, placed there by the hand of God, but … Black theology has long criticized the false theological justification by those who support the sins of racist ideology.”