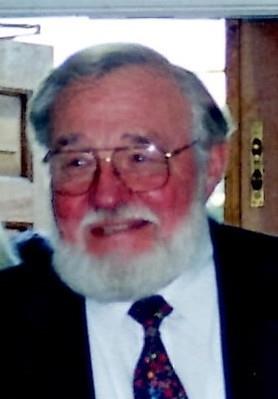 The Rev. Robert Day Miller (1934-2016) passed away peacefully on May 3, 2016. A teaching elder in the Presbyterian Church (U.S.A.), Miller served in various capacities in the church both pre- and post-reunion, for nearly 50 years.

Born October 23, 1934, in Washington, D.C., to Francis Pickens and Helen Hill Miller, he spent his early years on the family’s farm in Fairfax, Virginia, where he developed an appreciation for the beauty of nature. Miller received his undergraduate degree from Washington & Lee University in Lexington, Virginia, and his Masters of Divinity from Union Theological Seminary in Richmond, Virginia, with additional studies in Edinburgh, Scotland, at New College of Edinburgh University. In 1957, he married the former Nancy Adrian Rhoads of Leesburg, Virginia.

Details of his anti-discrimination work were published in his obituary, which said, “Robert’s courage, integrity and spiritual leadership in fighting for freedom and fairness grew to become legendary in the communities where he labored. For this work, beginning in the late 1950s, he chose the segregated Deep South, where every day—with his quiet intellect, keen insight, and shrewd wit and diplomacy—he challenged ingrained systems of discrimination to change. As the decades rolled past, Robert’s foresight and earnest endeavors in this work were time after time proven prophetic, as society came to embrace and codify the values that he and his coworkers embodied wherever they found themselves.”

The Rev. Clifton Kirkpatrick, stated clerk of the General Assembly of the PC(USA) from 1996-2008 and current Professor of World Christianity and Ecumenical Studies at Louisville Presbyterian Theological Seminary, said Miller “was a model of Christian leadership in the PC(USA).” Noting Miller’s breadth of ministry experiences, Kirkpatrick said, “Robert was a great leader in the PC(USA), and a man of great courage, compassion and wisdom.”

Miller served as pastor in churches and communities in Tuskegee, Alabama; St. Petersburg, Florida; Montgomery, Alabama; and Louisville, Kentucky. From 1977-1990, he was Director of National Mission (PCUS), and of Educational and Congregational Ministries (PCUSA), at the Presbyterian Church headquarters in Atlanta and Louisville respectively. His final professional post, from 1993-1999, was as Executive Presbyter of the Presbytery of Coastal Carolina in Elizabethtown, North Carolina. In 2005, he and Nancy retired permanently to their mountain home in Lake Lure, North Carolina.

“When I arrived at the Presbyterian Center in the summer of 1988, Robert Miller was one of the calmest, most welcoming people I met,” said the Rev. Jerry Van Marter, retired editor of Presbyterian News Service and a long-time friend of Miller’s. “As Director of the Education and Congregational Nurture Unit, he presided over a sprawling range of responsibilities staff members with charm and grace. I always tried to emulate his leadership style but no one could do it like Robert. The Presbyterian Church has lost a true gentleman and I will miss him.”

A memorial service for Miller will be held Saturday June 4 at Grace Covenant Presbyterian Church in Asheville, North Carolina.