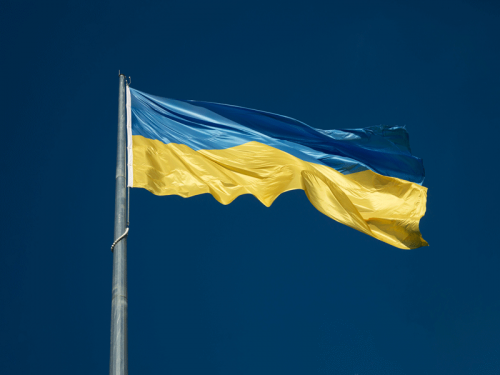 Photo by Yehor Milohrodskyi via Unsplash

LOUISVILLE ― It’s been a little more than a month since Russian President Vladimir Putin announced a “special military operation” to “demilitarize and denazify” Ukraine on the morning of Feb. 24.

Most recently the BBC reported that according to the United Nations High Commissioner for Refugees (UNHCR) more than 10 million people have now fled their homes in Ukraine following the Russian invasion.

About 3.6 million have left for neighboring countries, including the 2.3 million who have crossed the border into Poland and another estimated 6.5 million people are thought to be displaced inside the war-torn country itself.

The journey of escaping the missiles, airstrikes and burning buildings throughout Ukraine has not been easy for anyone. But recent reports have highlighted that it has been especially difficult for people of color.

The Rev. Martin Osae, the commissioned pastor at the Ghanaian Community Presbyterian Church, also known as the Ghanaian Fellowship, a new worshiping community in Irving, Texas shared the story of his nephew Isaac’s efforts to get away.

Isaac is a medical student in his final year at Ternopil National Medical University in Ternopil, a city in western Ukraine. He has been able to leave Ukraine, but getting out was not easy.  According to Osae, Isaac and another student paid someone to drive them to the border, where they got on a train to escape to Hungary.

“They just chose probably any means necessary of getting out of the country,” said Osae. “They stayed on for as long as they could because the apartment where they lived had a bunker. So, most of the time they went down in the bunker and not in the apartments.”

“But then as the shelling got about two hours away from them, it became necessary for us as family to mobilize resources and get him out,” Osae said. “We coordinated and sent him some money to get him to find a way out, which fortunately they did.”

According to Axios, an online news source, a number of Black people living in Ukraine, many of them exchange students, report being blocked as they tried to board trains to escape the war. The news source reported that the racist incidents — some documented on video and many marked with the Twitter hashtag #AfricansInUkraine — added individual agony to the desperate nationwide exodus.

The UN News reported that in a statement issued marking March 21 as the International Day for the Elimination of Racial Discrimination, Filippo Grandi, the 11th UN High Commissioner for Refugees, said “that although he had been ‘humbled’ by the outpouring of support seen by communities welcoming well over three million Ukrainian refugees since the Russian invasion began, many minorities ― often foreigners who had been studying or working there ― had described a very different experience.”

“We also bore witness to the ugly reality, that some Black and brown people fleeing Ukraine and other wars and conflicts around the world  have not received the same treatment as Ukrainian refugees,” he said.

Filippo noted that refugees of color reported disturbing incidents of discrimination, violence and racism. “These acts of discrimination are unacceptable, and we are using our many channels and resources to make sure that all people are protected equally,” Filippo said.

Osae said that Isaac has been in Ukraine for several years. “My brother told me he [Isaac] could not work in Ukraine because the people were very racist,” he said.  “I experienced the same thing when I came to America while I was in school. However, I could work and make some pocket money, but he absolutely could not. So, throughout his whole education, my brother has been supporting him. Every now and then I would send him money also from here.”

“I have seen on social media how our people are being treated― people of color and the world need to know that” said Osea. “If you are going to welcome people to come to school, you should show them respect and dignity. I don’t think they have been met with hostilities in the schools, but in the communities if you are an African student or a student of color, you have to stay away from certain areas.” 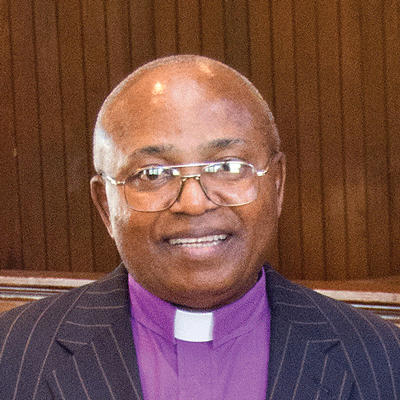 “I am disappointed that the African embassies did not respond to the students’ needs in a timely manner. However, there is no excuse for what we have seen on the television and social media concerning the treatment of Africans and other people of color in Ukraine during this crisis,” said the Rev. Princeton Abaraoha, who serves as field staff for African Intercultural Ministries in Racial Equity & Women’s Intercultural Ministries and as pastor of First Presbyterian Church in Midlothian, Texas.

When asked how his church in Irving has been involved, Osae responded, “When the situation started, I did inform my church family that my nephew was in Ukraine. As a student, he can’t find a low-paying job to make pocket money. They won’t give you a job.”

Members of the Ghanaian Community Presbyterian Church responded by donating $700 to assist Isaac.

Isaac still has internships and residencies to complete his medical training. “We are so trying to find where he can do this work,” said Osea. “His last communication to me was a text message saying that a school in New York is accepting students who have displaced in Ukraine so that they may continue their service.  He’s supposed to be getting more details for me.”

“As a family, our goal is for him to be able to finish his education. When this happened, we didn’t think it was wise to get him all the way back to Ghana and then try to come back to the U.S., which sometimes can be a challenge,” Osea said. “We thought if he found a safe place in Europe, we’ll work out which school or what the next steps are, what we can do to support him to go and finish his education.”

Osae says for years the church’s prayer team has been gathering every Tuesday evening to pray for two hours. Isaac has been added to the list.

“He’s been on their prayer list throughout,” Osae said. “They’ve not stopped praying.”