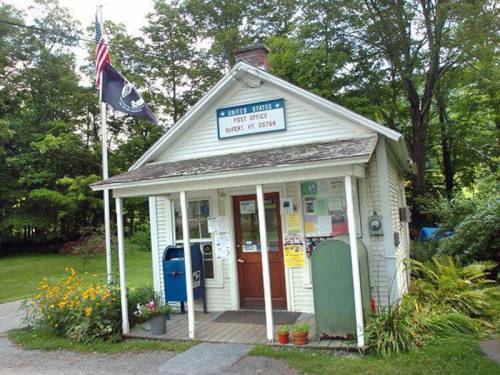 Loneliness was one of the challenges that colleagues warned me of when becoming a rural pastor. As I prepared leaving luxuries such as high-speed internet, reliable cell service and pizza delivery behind, they offered their best advice: Find hobbies outside the church and learn how to make your own pizza.

I wasn’t concerned. I’ve always been drawn to monasticism. As a girl, I visited the Met Cloisters in New York City with my grandparents. I can still hear Gregorian chants drifting from a window above the courtyard where I stood entranced. A nun interrupted the spell I was under, asking if someday I would like to join them. I shrugged my shoulders shyly.

I eventually did take holy vows that didn’t require chanting. I joined the sisterhood of rural ministry, seeking to serve God’s children in places that have been traditionally overlooked by lawmakers and judicatory leaders alike. Sadly, this oversight heightens the challenges where the problems inside church walls are outside as well. Many congregations are in villages where infrastructures are crumbling, and social services are almost nonexistent.

This has been especially apparent where I live in Vermont, where two local colleges have closed, medical care is at least an hour’s drive, and a farm producing artisanal cheese for some of Manhattan’s best purveyors of gourmet food ceased operating. And word on the street — more like word in my post office, as news is often spread in rural America — is another farm is closing. The challenges are many. Loneliness, though, hasn’t been one of them. I’ve found that the tie that binds in rural communities is knotted tightly and that there’s a determination to overcome trials — together.

So, when a virus kept folks from physically coming together in their churches, where coffee hour chatter is more sought after than the pastor’s sermon, it was hard. Some small churches were able to connect digitally. Some, though, just didn’t have the capability. The frustration of having no access to high-speed internet is real. Even more frustrating, though, is unreliable internet. Nothing gets your blood pressure up quicker than technology failing the moment you need it the most.

Yet in the year of isolation and frozen computer screens, I witnessed how warding off loneliness could really be as simple as a card, a phone call or a jar of homemade jelly left on the porch. I was also reminded of a truth too often forgotten. Church can happen at any time and anywhere. I discovered this at my post office.

The size of a child’s playhouse with chickens strutting about, the post office has been in operation since 1816. Leaf-peepers stop to take pictures of it. What they don’t know as they smile for the camera is that the little post office almost closed a few years ago until residents — not all 714 according to the 2010 Census, but a good number — rallied to save it. They had to. It’s a place of connection, a lifeline of sorts. So much so that it’s often hard to find a place to park in the post office’s tiny dirt lot. When you do, chances are you will be sandwiched between a pickup truck and a Subaru. Inside only three people fit comfortably. Before COVID-19, a group of widowers began congregating there on Saturday mornings. I often found myself caught in this gathering, leaving my husband wondering what was taking so long to get our mail. When he asked, I told him I was at “church.” For that’s what the post office had become for these widowers and for this pastor — a place where in the coming together, hope is found.

A pandemic has made connecting challenging, but it also made us work harder to be there for one another in ways we could never have imagined. I got to see, too, the fierce resiliency of rural communities refusing to add loneliness to an already long list of challenges. Where is “church” happening in your community, beyond a steepled building?

I went to the post office today. There was a pickup truck and a Subaru taking up most of the dirt lot. With my mask on, I stepped inside and found individually wrapped cinnamon buns on the counter. I took one and began chatting with the elderly man who shuffled in after me. I lingered longer to chat. I told him about the bear I saw on my morning run. He told me about the house on the mountain that finally sold. He asked me to pray for a sick neighbor. I asked him where to get chicken feed. When I returned home, I started making coffee to go with my cinnamon bun. I felt lighter — happier. Suddenly I realized something: I had forgotten my mail.

Donna Frischknecht Jackson is editor of Presbyterians Today. Visit the Vermont post office in a new feature called “Presbyterians Today: Beyond the Pages,” where we take you behind the scenes of some of the stories. Go to pcusa.info/postoffice