Seeking justice in the system

At age 16, Kalief Browder found himself on New York’s Rikers Island, awaiting trial for a crime he says he didn’t commit. Returning from a party in the Bronx, Browder was accused of stealing a backpack holding a credit card, an iPod Touch, a camera and $700. At his arraignment, he was charged with second-degree robbery. Bail was set at $3,000. Browder didn’t have the ability to “bond out” — pay the fee. He would spend the next three years in jail before being released, with his charges dropped.

People being locked up for nonviolent crimes and unable to make bail is not a new problem in this country. According to the Justice Policy Institute, 60 percent of the U.S. jail population is composed of people who are not convicted, but are being held in detention, awaiting resolution of their case. The institute has also found that housing individuals until their case is resolved costs counties nearly $10 billion a year. 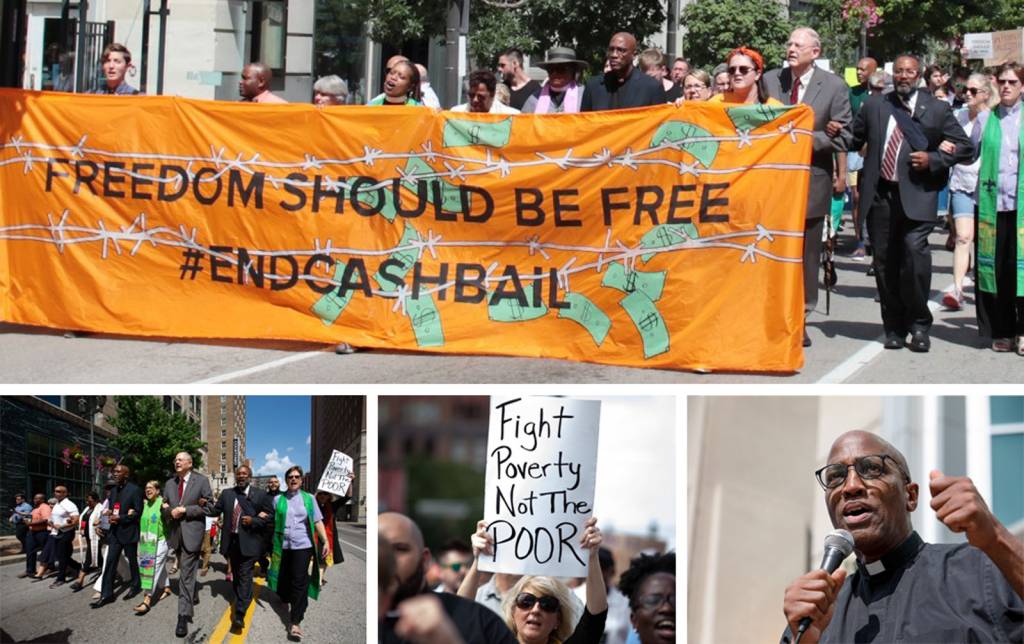 “What does it mean to not be released from prison? What happens to me if I can’t pay this bail? People will usually take a plea. Even if it means a year in prison, at least they know there’s an ending,” said the Rev. Dr. Alonzo Johnson, coordinator of the Presbyterian Committee on the Self-Development of People. “It’s unfair and illegal that anyone would have to plead out for certainty.”

Johnson, who was introduced to prison ministry while attending Louisville Presbyterian Theological Seminary, spent the next decade ministering to individuals behind bars.

The Presbyterian Church (U.S.A.) has a long history of advocating for alternatives to incarceration. The General Assemblies of 1910 and 1915 issued statements calling for the criminal justice system to work toward restorative justice. The 196th General Assembly (1984) also took up the issue, urging all synods, presbyteries and sessions to study and advocate for alternatives at every level of government. In 2003, the 215th General Assembly spoke strongly against for-profit prisons, saying that there are some things in a humane society that should not be for sale.

“Even if for-profit private prisons could achieve significant cost savings to the taxpayer, which in fact they have not been able to do, they would still be morally unacceptable,” the resolution reads. “Private prisons are not an economic but a deep religious and ethical issue, a cornerstone of our collective work to put justice back into the so-called ‘criminal justice system.’ The moral concern and authority of the faith community make it critical that our voices be heard.”

Bringing justice to a system

Despite the efforts of previous General Assemblies, the country’s cash bail system, especially, has continued to be a problem for families of loved ones who can’t afford to get out of jail. But in the past two years, momentum has begun to swing toward genuine change in the criminal justice system, and the PC(USA) has played a part in that.

On a hot and humid June day in 2018, the PC(USA) took to the streets of downtown St. Louis during the 223rd General Assembly. With nearly $50,000 in hand, hundreds marched from the convention center to the detention center to bail out people charged with misdemeanors. Working with organizations like the Bail Project and the St. Louis Action Council, the money went toward bail for people who had been prescreened for release.

“I think the church showing up in the community is crucial now,” said the Rev. Erin Counihan, co-organizer for the march.

Despite the ability and cash to get a number of people out of jail that week, the Bail Project and the St. Louis Action Council found themselves going in circles. Some people who were released found themselves in jail again at another facility on other minor charges.

“People who are most marginalized are still stuck in jail, so we are in a re-strategizing moment where the folks who were released are in constant danger of being slapped with another charge,” said Michelle Higgins, co-chair of the St. Louis Action Council. “Some have gone back to jail a few times because they didn’t know they had another warrant in another municipality.” The St. Louis Action Council’s focus now is to “fully and finally” disrupt the cash bail system.

The challenges in St. Louis are mirrored in cities across the country. People are held on bonds they cannot afford, meaning they will spend days, weeks or even months in jail awaiting the outcome of their cases. Since the march in St. Louis, the PC(USA) has been in communication with several city and state leaders looking for solutions to the problem. Recently, PC(USA) leaders were invited by the mayor of New York City to discuss the St. Louis action and discuss changes in cash bail up to and including the possible closing of Rikers Island.

The Bail Project got its start in New York City, to help people in need of bail assistance. The organization also helps with other services, connecting those behind bars to local groups that can assist with social service support.

But not everyone is supportive of the Bail Project. Victims’ rights groups across the country look at the situation differently. Many believe that if you commit the crime, you should put in the time, even if it is a nonviolent offense. Advocates say that by releasing people facing charges, they are free to commit additional crimes, victimizing more people with little or no supervision from law enforcement.

The Bail Project’s supporters, though, say it is about dismantling the racial and economic disparity that is in the system.

“Our main goal is to have real bail reform that impacts everyone, to decrease pretrial incarceration and address the racial and economic disparity,” said Shameka Parrish-Wright, the site manager for the Bail Project’s Louisville location. “Two people can be held for the same crime and given two bail amounts.”

Parrish-Wright says the Bail Project works on the barriers that keep people from coming to court — like a lack of transportation.

“We have a contract with Lyft now to help with transportation issues,” she said.

As many as 11 cities have partnered with the Bail Project, and other cities are talking with them. Parrish-Wright says faith-based organizations like the PC(USA) are good partners.

“I spend most of my energy talking with church groups. Churches can work to get people connected with positive things going in their community,” she said.

“The power of the church is important because it is a way of providing a sense of hope, certainty and purpose for those who are locked up,” he said.

For Browder, though, the story doesn’t have a happy ending. Even after charges were dismissed, the internal scars of his time at Rikers Island never healed. The mental and physical abuse by gang members and corrections officers had taken its toll. Two years after his release, Browder hanged himself at his mother’s home.

The Rev. Dr. J. Herbert Nelson, II, is the Stated Clerk of the General Assembly of the Presbyterian Church (U.S.A.).

Walking in the footsteps of my great-grandfather 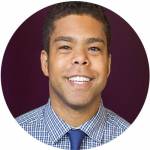 Last summer, at the 223rd General Assembly, I had the privilege of marching with hundreds of Presbyterians down the streets of St. Louis to deliver bail money to relieve those burdened by the financial costs the criminal justice system  lays upon the poor or vulnerable.

With each step, I felt myself walking in the footsteps of my forebears. My great-grandfather, the Rev. Dr. Frank H.M. Williams, also a black Presbyterian pastor, delivered bail funds to relieve the imprisoned in his hometown of Tuscaloosa, Alabama, in the turbulent 1960s.

Although he was a pastor, he made his living primarily as a businessman — salvaging, building and financing homes and commercial properties. His entrepreneurial endeavors were successful enough for him to have amassed a small fortune and to involve himself in philanthropic efforts, especially at his alma mater, Stillman College, a historically black liberal arts college in West Tuscaloosa.

When nonviolent protests and sit-ins increased in volume and intensity in the 1960s, the jails began to swell with protesters. As offenders, the protesters could languish in jail for weeks in unsafe conditions and be at risk for further brutality.

My great-grandfather, moved by the righteousness of the cause and dignity of the protesters, began paying the prohibitively steep bail fees necessary to release those who had been charged with disorderly conduct or disturbing the peace. After he had sufficiently agitated local officials by doing this a number of times, they insisted he take out a bail bondsman license — a bureaucratic and expensive process meant to stymie and intimidate would-be defenders of the protesters. But he persisted, obtained the license and continued providing bail as quickly as protesters were being jailed. Even with other acts of intimidation against his family, which led to the local NAACP providing round-the-clock security for a period of time, my great-grandfather never stopped being a creative and resourceful witness against inequality.

This family story is an heirloom of courage and persistence. It gives me encouragement in today’s struggles against unjust systems and the often-insidious ways they embed themselves in our common life.

Today, the cash bail system has morphed. It can be used not only to frustrate public protest and dissent, but also to perpetuate poverty and stifle reconciliatory justice. It can trap those falsely or prematurely accused. It can be a financial albatross for struggling families. It can prevent people who’ve made mistakes from affording an opportunity to turn their life around.

For both my great-grandfather and for Presbyterians today, working against the cash bail system is an opportunity to offer the gift of our resources and bodies to disrupt and ultimately dismantle an unnecessary system. May it lead many to experience what the prophet Isaiah spoke of as freedom for the captive and jubilee for oppressed.

Joseph Lemuel Morrow is the minister for evangelism at Fourth Presbyterian Church in Chicago and chair of the Presbyterian Mission Agency Board.