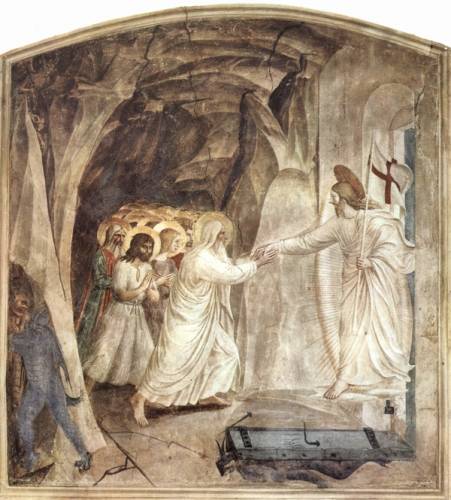 Of the 12 entries in our Book of Confessions, odds are you’re most familiar with the Apostles’ Creed. Every branch of Christianity’s family tree accepts it. It’s often recited at baptisms, as it was originally a baptismal creed. And, since it’s only 110 words long, if you have any creed memorized, this is probably the one. But of those 110 words, four have tripped up Christians for centuries: He descended into hell.

Appearing between “crucified, dead, and buried” and “the third day he rose again,” “descended into hell” wasn’t originally part of the Creed. It was sometime around A.D. 400, in the writings of Rufinus, a monk and theologian, that the first mention of Jesus’ descent appeared. In A.D. 750, the Latin church made it an official part of the Creed.

But why add this line? It all depends on whom you ask.

Let’s start by understanding the definition of the word “hell” in the Hebrew (sheol) and Greek (hades). Both translate to mean “land of the dead.” So, like Rufinus, some folks believe that this clause simply means that Jesus, being fully human and fully divine, experienced a true human death. Critics of this view, though, ask why it was necessary to include it in the Creed.

Other views, including John Calvin’s as well as that found in the Heidelberg Catechism, assert that “hell” shouldn’t be understood literally. Instead, Jesus’ separation from God on the cross constitutes ultimate suffering.

So what do Presbyterians believe about Jesus “descending into hell”? All of the above … none of the above … some combination of the above. (Seriously, you thought I was going to solve a centuries-old theological squabble in one column?)

Jodi Craiglow is a ruling elder at First Presbyterian Church of Libertyville, Illinois, and a Ph.D. candidate at Trinity International University. A self-acknowledged polity wonk, she is a member of the PC(USA) Committee on Theological Education.