The author of 16 books, Miller taught for decades at two Presbyterian seminaries 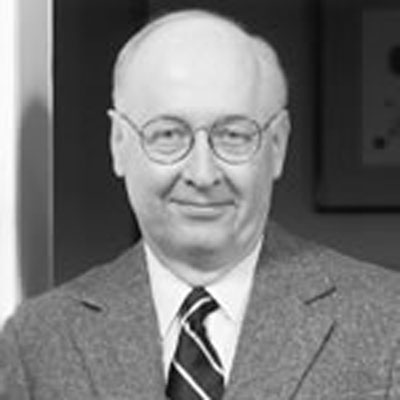 LOUISVILLE — The Rev. Dr. Patrick D. Miller, Jr., a prodigious scholar at two seminaries affiliated with the Presbyterian Church (U.S.A.), died Friday in Black Mountain, North Carolina after a long illness. He was 84.

According to his obituary, Miller taught at what is now Union Presbyterian Seminary in Richmond, Virginia, and Princeton Theological Seminary in Princeton, New Jersey.

Born to Dr. Lila Morse Bonner and Dr. Patrick Dwight Miller in Atlanta on Oct. 24, 1935, Miller spent his childhood and youth in San Antonio and Atlanta. After graduating from Davidson College in North Carolina in 1956, he enrolled at what was then known as Union Theological Seminary, where he met Mary Ann Sudduth from Louisville. They were married in 1958. Following graduation from Union, they traveled to Harvard University, where Pat earned his doctorate.

To the surprise of some, instead of immediately pursuing teaching, Pat accepted a call to serve as pastor at Trinity Presbyterian Church in Traveler’s Rest, South Carolina.

In 1966, Pat and Mary Ann traveled to Israel, where he engaged in independent research while preparing to begin his teaching ministry at Union Theological Seminary. He became professor of Biblical Studies later that year, the first of an 18-year stay. Both Pat and Mary were mentors, teachers and friends to generations of UTS students, and Pat’s contributions to Old Testament scholarship proliferated.

“I met Pat in 1992,” said the Rev. Dr. Brian K. Blount, president of Union Presbyterian Seminary, in a statement. “I had recently graduated from the Graduate School of Religion at Emory University. I was beginning my call as an assistant professor of New Testament at Princeton Theological Seminary where Pat was the chair of the Bible department. As he had been and continued to be for countless young biblical scholars, Pat became both role model and mentor. A gifted scholar, he was also one of the most beloved professors on campus. His lectures were akin to sermons. In his deep, rich voice, he captivated students as he introduced them to the Old Testament and the various books of which it was composed. Determined to see students engage the texts in heretofore unimagined ways, he pushed them to see beyond their scriptural and theological horizons. He did not, though, only convey information; he invited focused concentration and energetic debate, using powerful lectures as invitations to think with him in preparation for later conversations.

“Watching him, listening to students talk about him, observing the way faculty colleagues respected him, I learned much about the craft of being a professor,” Blount said. “And I deeply appreciated the way that he made time to help me think about course preparation, student engagement, and scholarly publication. Pat was a significant mentor whose influence I, along with many others, count as instrumental to my growth as a teacher and an interpreter of the biblical text. Like those many others, I shall miss him greatly. And I will give great thanksgiving continuously that I had opportunity to be his colleague and his friend.”

In 1984, Miller came to Princeton Theological Seminary as the Charles T. Haley Professor of Old Testament Theology, where he served actively until his retirement in 2005. During his years at Princeton he was editor of “Theology Today,” undertook responsibilities with numerous professional societies, wrote 16 books and a multitude of journal articles — all while always giving heart and soul to teaching and inspiring students.

Together with Mary Ann, Pat was constantly engaged in the weekly worship and ministry of local churches — notably to ministries of music, to which he lent his strong voice.

Upon retirement, Pat and Mary Ann moved to Louisville to be close to Mary Ann’s mother, and then to Black Mountain/Montreat, North Carolina in 2012. Mary Ann preceded him in death.

In the household in which he was nurtured as a child, Pat absorbed theology he believed to be magnificently expressed in Psalm 103. In Pat’s own words, “Praise responds to the experience of God’s grace and power, exalts the Lord, and bears witness to all who hear that God is God.” His life came to express the refrain of Psalm 103: “Bless the Lord, O my soul, and all that is within me, bless God’s holy name.”