Working to end cash bail, the presbytery joins with a justice fund and hears from Wisconsin’s attorney general

LOUISVILLE — The Presbytery of Milwaukee calls its ambitious work around the Matthew 25 invitation “Healing Through Action.” Last fall, congregations and members of the presbytery took on medical care (“I was sick and you looked after me”) and housing (“I was a stranger and you invited me in”).

This spring, the presbytery is addressing reforms to the criminal justice system under the theme, “I was in prison and you came to visit me.” During a presbytery gathering last month, Wisconsin Attorney General Josh Kaul addressed those meeting online on a number of proposed reforms, including the cash bail system, a cause for which Presbyterians marched in downtown St. Louis during the 223rd General Assembly (2018).

“Cash bail relief provokes a concern that we’re helping criminals get back on the street,” said Rachel Yates, Executive Presbyter for the Presbytery of Milwaukee. “We’ve had to reeducate ourselves that the only difference between staying in jail until trial and getting released on bail is wealth. … The cycle of systemic poverty continues when those who can’t make bail are detained for months or years, while their jobs, houses and sometimes children are taken away.” 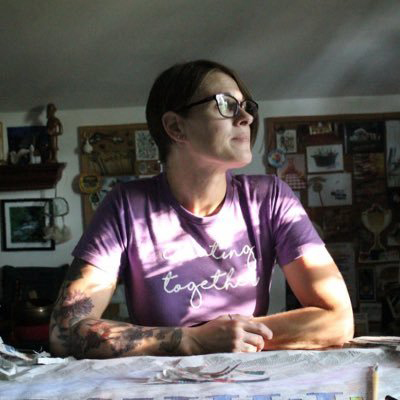 The Rev. Nicole Farley is Moderator of the Presbytery of Milwaukee. (Contributed photo)

“With pandemic protocols, we were aware we could not ask people to sit through our usual four-hour meeting, which includes on hour of education,” said the Rev. Nicole Farley, Presbytery Moderator. “We began reshaping our meetings to make space for education opportunities between meetings and we found this opened up the possibility to learn about so much more in any one area than we would have before. It also gave us space to challenge our congregations to action in the areas of learning.”

Farley said the presbytery has engaged in conversation with the Rev. Carol Wickersham, an educator and minister member of the presbytery who also serves as a jail chaplain, and with Kaul. The presbytery used the PC(USA)’s Bail Out Curriculum, part of the Hands & Feet Initiative, to organize a four-part program “around the painful story of Kalief Browder, who was incarcerated for three years without trial at Riker’s Island,” Farley said. “We were delighted when our program caught the attention of a county judge in our Children’s Court, who shared her perspectives on cash bail and juvenile detention, especially as it impacts Black teenagers.”

The presbytery also held a webinar with members of the recently formed Joshua Glover Justice Fund, which is located within the presbytery’s boundaries. “This organization is central to the challenge we’ve issued to our congregations and ministries” around the topic of reforming the cash bail system, according to Farley. To date, the presbytery has committed $1,500 in cash bail relief, “and we look forward to seeing how the members of the presbytery help that number to grow,” Farley said. 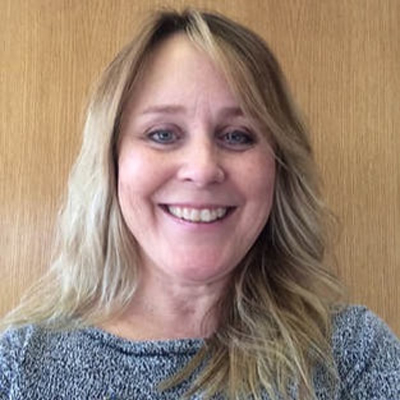 “Because of disproportionately high policing of and arrests in communities of color,” Yates said, “the cash bail system perpetuates historical slavery. In the cash bail system, people are expected to buy their freedom before trial. As the church, we see the need to disrupt criminal justice systems that unfairly impact the poor and people of color because, by definition, this is not criminal ‘justice.’”

During Kaul’s March 9 appearance at a presbytery gathering, the former federal prosecutor said that criminal justice reform serves at least two purposes: it can make communities safer while also making the system fairer and more equitable.

While a federal prosecutor in Baltimore, Kaul said he worked on cases “where defendants are dangerous. But a lot of people in the system aren’t inherently dangerous.” They may have a substance abuse disorder or mental health challenges. Many, he said, suffered “unaddressed trauma” when they were younger. 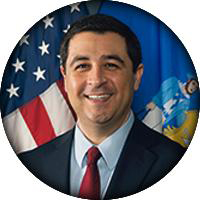 “If we can address that root cause, we can get them a fairer outcome — more treatment, less incarceration — and make our communities safer,” he said, since “the vast majority” return to their community following treatment or incarceration.

Setting bail in the federal court system is different from what many judges in Wisconsin face, according to Kaul. In the federal system, judges are faced with two basic questions: Is the person a danger to the community? Does he or she pose a risk of flight? If the answer is no to both questions, they were generally released with conditions. “The basic system,” Kaul said, “was not based on financial ability.”

In state courts, “we have a system based in theory on ensuring an appearance by people, but it can lead to unfair outcomes on both sides of the equation.” People with means or who can raise the money can post bail, but in many cases people facing a relatively minor charge who don’t have the resources can’t make bail. “If they are incarcerated pending trial,” Kaul said, “it can have all sorts of devastating consequences on them.”

One factor that needs more consideration as lawmakers go about reforming the criminal justice system, according to Kaul, is that some crimes — including crimes usually committed against women, such has human trafficking and domestic violence — as well as white collar crimes and civil rights violations are historically under-enforced. “I think we should put more resources” into enforcement of those criminal charges, Kaul said.

Asked about his own sense of call to run Wisconsin’s Department of Justice, work he began in January 2019, Kaul said he grew up “in a family deeply involved in public service.” His mother was a prosecutor and served for a term as attorney general, and his stepfather was a police officer. His father emigrated from India and also was public service minded.

“I am someone who believes deeply in the values and promise of our country, and in the value of working to improve the system and serve the public,” Kaul told presbyters. “They have been ingrained in me since I was a kid, and the work I do as attorney general is an extension of that.”

He’s also the father of children who are 7 and 4.

“I care deeply about the world we are leaving behind,” Kaul said, reciting the department’s motto: “Protect the public and ensure that justice is done.”

“Every day we do that,” Kaul said, “we are moving in the right direction.”

Upcoming Matthew 25 topics for the Presbytery of Milwaukee’s Healing Through Action program include: Employment (“I needed clothes and you clothed me,” May 22), Food Security (“I was hungry and you gave me something to eat,” Sept. 22) and The Role of the Church (“Truly I tell you, whatever you did for one of these brothers and sisters of mine, you did for me,” Nov. 18). Learn more here.