It’s part of the upcoming Presbyterian Week of Action

LOUISVILLE — The Presbyterian Church (U.S.A.) recently announced the launch of the #Give828 campaign to benefit the Racial Equity & Women’s Intercultural Ministries.

Gifts to #Give828 will go to support leadership development for leaders of color by funding the Katie Geneva Cannon Scholarship and the Conference for Seminarians of Color. Donating to the campaign is one of the action steps you can take as a part of the Presbyterian Week of Action August 24 -30.

On August 28, the PC(USA) will be joining #Give828, a national day of giving focused specifically on supporting Black-benefitting organizations. #Give828 isn’t like other fundraising campaigns. This day takes place during Black Philanthropy Month and commemorates multiple important historical landmarks in Black Americans’ march toward freedom. Did you know that on:

The COVID-19 pandemic has exposed the gross health, socio-economic and job disparities that have left Black and brown people more vulnerable to death from the coronavirus. Those impacts are coupled with the deaths of Ahmaud Arbery, an unarmed Black man who was gunned down by white supremacists while jogging; Breonna Taylor, an unarmed Black woman who was killed by police while sleeping; and George Floyd, an unarmed Black man who was killed by a police officer who pressed his knee on Floyd’s neck for 8 minutes and 46 seconds. Streets are filled with protesters who are demanding justice and calling for sweeping change.

The current movement for racial justice is not just an indictment of law enforcement, but also the systemic racism that infects many of our institutions, including education, housing and health care.

Matthew 25:31–46 calls followers of Jesus to actively engage in the world so that faith comes alive and people of faith can wake up to new possibilities. Convicted by this passage, both the 222nd and 223rd General Assemblies (2016 and 2018) exhorted the PC(USA) to act boldly and compassionately to serve people who are hungry, oppressed, imprisoned or poor. The three focus areas of the resulting Matthew 25 invitation are building congregational vitality, dismantling structural racism and eradicating systemic poverty. 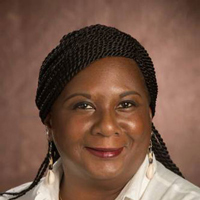 When asked why a person should support #Give828, Jewel McRae, Associate for Women’s Leadership Development and Young Women’s Ministries, said, “Micah 6:8 asks, ‘What does the Lord require of us?’ And then it says, ‘to do justice, love kindness and walk humbly with our God.’ There’s no better time than right now to do what God has called us to do. In supporting #Give828 for the Katie Cannon Scholarship fund and the Conference for Seminarians of Color, you’re planting seeds for the future. And, when God calls you to create something wonderful, don’t delay to plant the seeds, because planting is the first step to growth.” 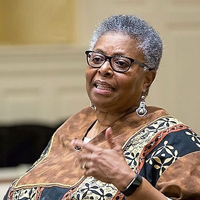 The Katie Geneva Cannon Scholarship fund supports Presbyterian Church (U.S.A.) women of color, including clergywomen, Black women and girls, college women, seminarians, immigrant women, elders, deacons, as well as other women of color with opportunities for leadership and spiritual development. It helps women to develop leadership gifts and to be equipped for even greater service in the PC(USA).

The Conference for Seminarians of Color develops and trains diverse seminarians of color who are answering God’s call to prepare the church to be a welcoming place of worship, mission, and spiritual nurture for all of God’s children, especially those who have been marginalized. 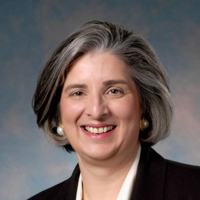 The Rev. Rosemary Mitchell, Senior Director for the Presbyterian Mission Agency’s Mission Engagement and Support, said, “the African American Community has a rich tradition of ‘philanthropy,’ although that word is rarely used. Giving is a way of life. What we know is that giving among Black Presbyterians has always led the way for education and leadership development. But these two ministries are efforts all Presbyterians can support to build congregational vitality, dismantle structural racism and eradicate systemic poverty.”

Show your support by donating to these important ministries. Click here to donate to the Katie Geneva Cannon Scholarship fund and the Conference for Seminarians of Color and be a part of #Give828.