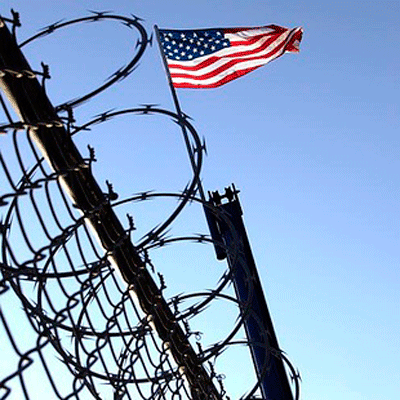 Concertina wire and the United States are pictured at the U.S. Southern border in Nogales, Arizona. (Photo by Susan Krehbiel)

LEXINGTON, Kentucky — Presbyterian Disaster Assistance (PDA) is expressing deep concern and calling for action by Congress and the Biden Administration after whistleblower reports of inhumane conditions at an intake and processing center for unaccompanied migrant children in Fort Bliss, Texas.

In a July 7 letter from the Government Accountability Project to several congressional committees and other officials, two government attorneys who volunteered to work at the Fort Bliss intake center from mid-May to early June detailed a wide variety of examples of mismanagement and mistreatment of children at the center. The 13-page letter included headings such as “Inability to See or Help Children in Distress,” “Intolerable Noise,” “Odor and Filth,” “Undue Reliance on Unskilled Contractors,” and hostility, indifference, and resistance when they reported their concerns.

Among the accusations were several instances of the whistleblowers reporting children in physical or mental distress to contractors and being met with indifference, being told they could not get medical or mental health treatment. Eventually, they say they obtained help for the children in these situations. From the beginning of their assignment, the whistleblowers say they were told not to report what they saw publicly and to send any complaints to a Health and Human Services suggestion box. 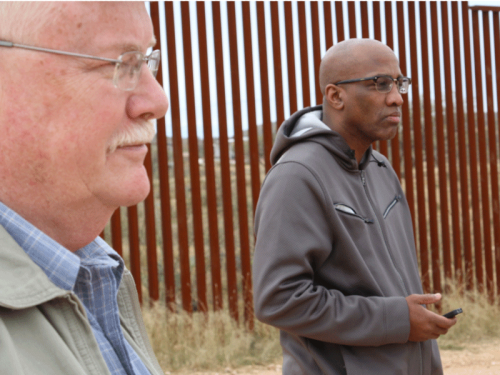 The Rev. Dr. J. Herbert Nelson, II, Stated Clerk of the General Assembly of the PC(USA), at right, is pictured with the Rev. Gradye Parsons, the former Stated Clerk, along the Southern border. (Contributed photo)

“Presbyterian Disaster Assistance of the Presbyterian Church (U.S.A.) expresses deep concern for the children being housed at Fort Bliss and the whistleblower complaints about their mistreatment at this Intake Center,” the statement from PDA reads. “We have continuously called for a more compassionate approach to those seeking asylum in the U.S.  Speaking on behalf of our denomination last March, the Rev. Dr. J. Herbert Nelson, II urged the U.S. Government to choose a different path, one that is built on the principles of compassion and mercy.

“What is even more disturbing is that the issues raised by these whistleblowers and other reports from child welfare experts could have been predicted by the very nature of these contracts to hold unaccompanied children, even for short-term use.  There are decades of studies, international guidelines and U.S. case law that warn against the establishment of such large facilities for the custody of children.”

The letter details children being held in tents as large as football fields in bunk beds that make it hard to see children in lower bunks. The contractor in question is Servpro, a commercial cleaning and restoration company that has no discernable experience in child care. A Servpro spokesperson told NBC News that the contractor was a franchise holder and the company had no comment on the allegations.

PDA was joined by numerous partners in the Welcome with Dignity campaign in denouncing the situation.

At one time the facility housed more than 5,000 children. According to NBC News, as of late June, Health and Human Services Secretary Xavier Becerra said Fort Bliss had 800 children remaining.

“We urge members of Congress and the Biden Administration to take these complaints seriously,” the PDA statement continues. “And we ask you to consider that the type of violations reported by these whistleblowers are likely exacerbated by creation of such a large center at Fort Bliss and similar intake centers across the system.  We are grateful for those who are willing to speak out on behalf of these children and we pray that these allegations will be carefully and fully investigated.

“The care of migrant children in United States’ custody should be a priority for our nation’s leaders.”