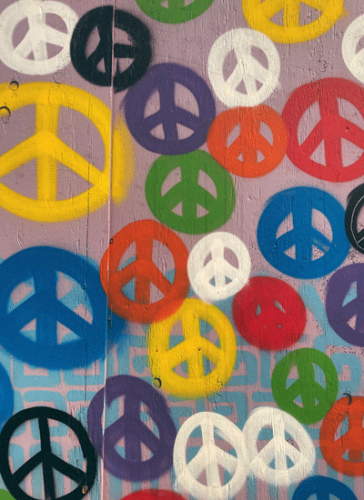 LOUISVILLE — The Presbyterian Peace Network for Korea (PPNK) is urging the public to support a campaign for peace on the Korean Peninsula by taking two steps: incorporating a unity prayer into their church service during the Season of Peace and joining a campaign to collect thousands of signatures.

The PPNK’s efforts are part of a long history by the Presbyterian Church (U.S.A.) of standing in solidarity with partners in Korea to advocate for an end to the Korean War. That history includes the 225th General Assembly’s unanimous passage of an overture in July laying out ways the denomination will continue advocating for a peace agreement in the Korean Peninsula, where the Korean War has never formally ended.

“The Korean Peninsula has been in a war-readiness posture since the Korean War armistice establishing a ceasefire was signed in 1953,” said Linda Russell, co-convener of PPNK, by email. “Seventy years is long enough to wait for a peace agreement to replace the forced separation of families, joint military exercises conducted by South Korea and the United States, and the verbal posturing of North Korea, South Korea and the U.S.”

Churches can show their support by saying a global prayer for peace and unification during the Season of Peace, which continues through World Communion Sunday on Oct. 2, or on any other Sunday.

“Each year, the National Council of Churches in Korea — NCCK in South Korea  and the Korean Christian Federation, KCF in North Korea — collaborate on a joint prayer for peace on the Korean Peninsula,” Russell said. “Presbyterians are invited and encouraged to pray this joint prayer for peace and then to take an active step toward peace by signing the Korea Peace Appeal, supported by our partners in NCCK and endorsed by our General Assembly in July 2022.”

Through the campaign, NCCK is trying to gather 100 million signatures on the Korea Peace Appeal by 2023 to help persuade world leaders to end the Korean War and establish peace.

“Recent hardline rhetoric makes this seem like a less than optimum time for successful peacemaking efforts,” Russell said. “Yet, this is exactly the time that world leaders most need to hear strong voices from grassroots organizations and individuals.” 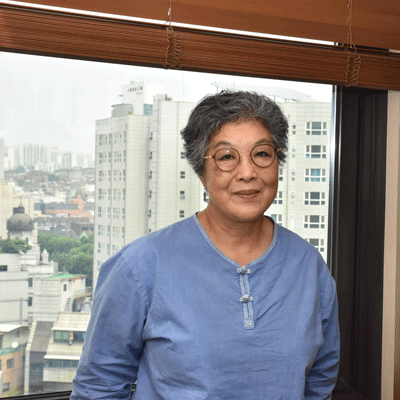 The Rev. Unzu Lee, Regional Liaison for East Asia for the PC(USA), said it’s important for people in the United States to be aware of the situation on the peninsula. (Hear Lee on “A Matter of Faith: A Presby Podcast.)

“Most people in the United States are simply unaware that the Korean War did not end on July 23, 1953, when an armistice agreement was signed by the three parties that participated in the war — namely, the United States, the Democratic People’s Republic of Korea, and the People’s Republic of China,” Lee said via email. “The armistice agreement only ended open hostilities between the two republics of Korea.”

Lee went on to say, “Millions and millions of Koreans still live with the open wounds inflicted by the war that has not ended, and it is time to bring an end to this conflict and begin anew a process of healing. As followers of Jesus who live in the United States, one of the signatories of the armistice agreement, we can help change this armistice agreement with a peace agreement that will bring an end to the 70-year-old war by adding our signature to the Korea Peace Appeal.”

The Rev. Carl Horton, Coordinator of the Presbyterian Peacemaking Program, noted that the action by the General Assembly calls on Presbyterians to support the Korea Peace Appeal.

“We really are hoping Presbyterians will add their name to this global appeal,” Horton said. “We recognize that the United States plays a leading role not only in the continuation of the conflict but in the promise of peace, and so we really do hope that Presbyterians here in the U.S. would raise our voices to stand alongside our partners in Korea, who are asking that the Korean war officially come to an end and that the nations on the Korean Peninsula can move forward to establish peace.”

The Presbyterian Peacemaking Program is one of the Compassion, Peace and Justice ministries of the Presbyterian Mission Agency. Its work is made possible by your gifts to the Peace and Global Witness Offering.