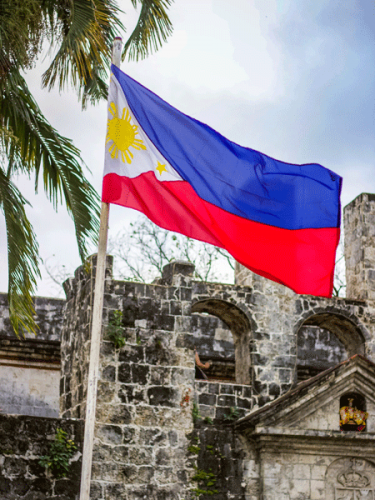 The Philippine flag (Photo by Hitoshi Mamura via Unsplash)

LOUISVILLE — On Wednesday night, people of faith from around the world gathered by Zoom to pray for the dignity of the Filipino people, including that a just and fair election will be held throughout the Philippines on Monday. Mission co-worker the Rev. Cathy Chang was among the featured speakers.

The event was sponsored by the International Coalition for Human Rights in the Philippines, the United Church of Christ, the Presbyterian Church (U.S.A.), the Ecumenical Advocacy Network on the Philippines, United Methodist Church-Church and Society, the National Association of Filipino American United Methodists, the Intercommunity Peace & Justice Center, Sisters of Mercy and Global Ministries.

The vigil, which included Scripture, music and prayer, honored the Filipino human rights defenders who have been attacked and murdered over these past six years. ICHRP did not endorse a candidate but said it will continue to call for justice for the poor and oppressed in the Philippines. ICHRP said that under Philippine President Rodrigo Duterte, more than 30,000 lives have been lost to the nation’s ongoing drug war. Hundreds of activists, indigenous people, church leaders and human rights defenders have been slain. 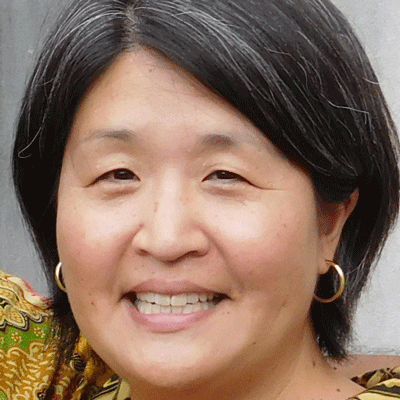 Chang spoke about her recent experience being “red-tagged.” She received an invitation to dialogue with Amirah Lidasan about her family background and involvement in politics.  On April 9, she and another U.S. visitor, Joe Iosbaker, dialogued with Lidasan as the third nominee of the Bayan Muna party list for the Philippine House of Representatives. Two days later, Chang was red-tagged, accused of supporting groups perceived as terrorists through stickers and a tarpaulin affixed at her home in Quezon City.

“Between Saturday, April 9, and Monday, April 11, I can only guess that I must have caught the attention of someone — someone with enough machinery to find out where I lived, that I was a foreigner and claim my affiliations. If that one conversation between Joe, Amirah, and me was enough to connect the dots — well, to that I say that’s a big leap, and it’s a big lie,” Chang told the group. 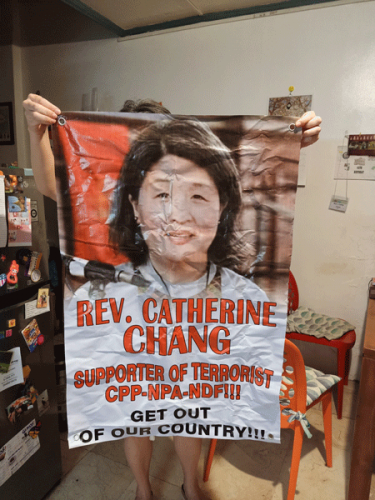 The tarpaulin banner with the Rev. Cathy Chang’s photo tells her to get out of the country. (Photo by Juan Lopez)

Chang and her family have served in the Philippines for six years at the invitation of the United Church of Christ in the Philippines. She said the church is grounded in the gospel, working toward the transformation of church and society.

”From the UCCP Statement of Faith, ‘We believe that God is at work to make each person a new being in Christ, and the whole world, God’s kingdom — in which love, justice and peace prevail.’ These words guide their actions as a church,” said Chang. “These words also help guide the migrant ministry that I have been entrusted with at their UCCP national office. These words empower me to work alongside Philippine churches and faith communities, organizations and grassroots migrants and their families.”

Chang said the human rights and welfare of migrants and their families has been her main ministry focus, through both pastoral care and advocacy. She said her colleagues from Migrante International and the National Council of Churches in the Philippines are her greatest teachers in the field of human rights for migrants.

As an extension of the migrant ministry at the UCCP, Chang serves alongside the Justice, Peace and Human Rights Ministry. The conditions that Filipinos confront in their homeland are related to the conditions that drive Filipino migrants to work abroad.

“Visiting urban poor communities and meeting mothers and family members of those who have lost loved ones to the war on drugs, hearing the stories of indigenous peoples whose ancestral domains are claimed as economic development zones, meeting Lumad students, serving tricycle and jeep drivers with our street food pantry during the pandemic — these are also the faces and places of Filipinos whose dignity is all too often denied,” Chang said. “Among these different communities and among many that I have not mentioned, they are not alone. UCCP church workers and lay leaders have also stood with them, serving alongside them as an extension of their gospel mandate and prophetic ministry.”

To give some context to the upcoming election, Father Benjamin Alforque spoke. He is a Filipino Catholic priest belonging to the religious orders of missionaries of the Sacred Heart. A retired priest, Alforque was arrested, tortured and imprisoned for eight months and 13 days in the time of martial law during the Ferdinand Marcos dictatorship. He is the parochial vicar of St. Peter and St. Paul Parish in Alta Loma, California.

“Red-tagging and creating fake public scandals is used as a tool to discredit and destroy candidates and to weaken their political machinery,” he said. “There is a move to prevent an authentic, equal and proper win at all costs.”

Chang is asking for Presbyterians to contact their member of Congress

to ask that they join the call for passage of H.R. 3884, the Philippine Human Rights Act, which has the support of the Presbyterian Mission Agency’s Office of Public Witness.

The bill was introduced in June 2021 by U.S. Rep. Susan Wild, D-Pennsylvania. It calls for the suspension of security assistance to the Philippines until human rights violations cease and perpetrators are held responsible.

Chang also asks for continued prayers that her visa be renewed this summer so she and husband and mission co-worker, Juan Lopez, can continue to accompany the Filipino people.