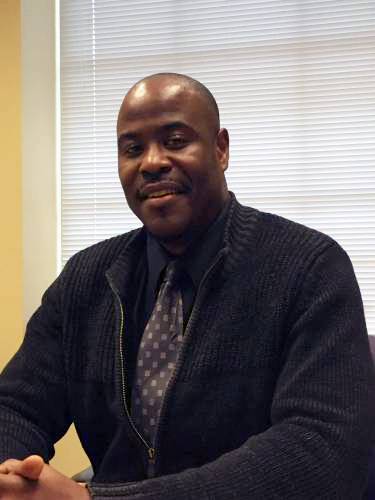 LOUISVILLE – He’s only been on the job three months, but the Rev. Alonzo Johnson is already deep into the work of the Presbyterian Committee on the Self-Development of People. For the past two years, Johnson served as mission associate with the Presbyterian Peacemaking Program. He assumed his new role as coordinator for SDOP in the summer, replacing Cynthia White who retired last spring.

“The incredible scale and scope of the work drew me to SDOP. The idea of lifting up human dignity and self-reliance,” said Johnson. “The idea of not being paternalistic in doing the work of Jesus Christ, but walking with and partnering with communities that are strong and able to help. I am really excited about that.”

SDOP, which celebrated its 45th anniversary in 2015, works with a national committee as well as 25 presbytery and three synod committees to help communities struggling with economic and social justice issues. Since its inception, it has awarded more than $100 million to 5,600 community projects in 67 countries around the world.

Johnson says he likes the idea of communities moving away from “toxic charity” and embracing their dignity and distinctiveness.

“There’s something really powerful about justice and the work of Christ as seen through the lens of SDOP,” said Johnson. “People being strengthened by abilities and passions, strengthened by their dignity. It’s a beautiful thing to watch as communities stand up and take stock of and care for themselves.”

SDOP’s method for engaging a community has allowed those communities to best determine how grant funding should be used.

“What is the role of the church in addressing issues of poverty and inequities?” asked Johnson. “Listening to what people say and what their needs are and then following through on their own vision. That’s exciting.”

Johnson is hopeful SDOP will move into the “greater consciousness of the church.”

“I would like to see more Presbyterians engaged in what we do. I would like to see SDOP take hold in as many presbyteries as possible,” he said. “We will continue to grow. People will come to know who we are and we pray that new generations will understand that this is some of the most powerful work we can do.”

“I want to engage presbyteries, committee members and staff to discuss the issues that are impacting our country,” Johnson said. “Working in concert with the national committee and the programs we have supported; we hope to bring more attention to the work we are engaged in.”

While Johnson says there have been too many accomplishments to name, he believes there is a lot of work still to do and that includes reaching a new generation.

“As we look at a generation that is far more tactile, how do we get them involved?” asked Johnson. “We want to get them connected with SDOP. We speak a language of hope, justice and equity and their involvement is critical to the future of our work.”

Johnson says SDOP is about justice and addressing the issues of poverty and oppression. He hopes to continue partnerships with other organizations that understand and know how to address these issues.

Those interested in getting involved with SDOP can participate in many ways such as giving to the One Great Hour of Sharing, serving on the national or local committee or planning a workshop on the SDOP grant application process. Click here for more information about SDOP.

Ministries: Presbyterian Committee on the Self-Development of People, Compassion, Peace and Justice