Pastor and organizer shares a love for nurturing communities 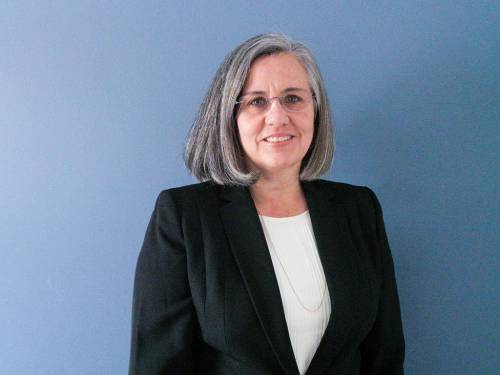 LOUISVILLE – The Rev. Rosa Blanca Miranda will join Racial Ethnic & Women’s Ministries of the Presbyterian Mission Agency on May 17 as the associate for Hispanic/Latino-a Intercultural Congregational Support. For the past several years she has served as pastor of El Buen Pastor Presbyterian Church, a 1001 New Worshiping Community, in Winston-Salem, North Carolina.

Miranda recently received the “Women of Vision” award for her work as organizing pastor of El Buen Pastor and founder of a community services organization that helps Latino families adapt to life in the U.S.

Saying her congregation is like a family, offering support to one another as they go through life changes and adjust to a new culture, Miranda says, “They are so courageous, so hopeful, even when they have to go through so many things many people don’t know or understand.”

The Rev. Dr. Rhashell Hunter, director of Racial Ethnic & Women’s Ministries, says she’s eager for Miranda to bring her gifts and experience to the office of Hispanic/Latino-a Intercultural Congregational Support.

“As pastor of El Buen Pastor Presbyterian Church in Winston-Salem, North Carolina, she served one of the first immigrant racial ethnic faith communities igniting the 1001 New Worshipping Communities initiative,” says Hunter. “As the first Mexican woman ordained in the PC(U.S.A.), educated in Mexico at Seminario Teológico Presbiteriano de México, in Mexico City, we welcome the opportunity to serve with her as a colleague in ministry.”

Though she’s excited for the move to Louisville, Miranda says she will miss the El Buen Pastor community and her husband who will remain in Winston-Salem to help with the church’s transition.

“I don’t want to leave, but I will need to go,” she says. “This is where I have learned to walk alongside God’s people, to encounter them where they are, learn to love them. This ministry will always be in my heart.”