An African American nurse, the pioneer of polio vaccine clinic logistics around the country, was a member of Doylestown Presbyterian Church in Pennsylvania 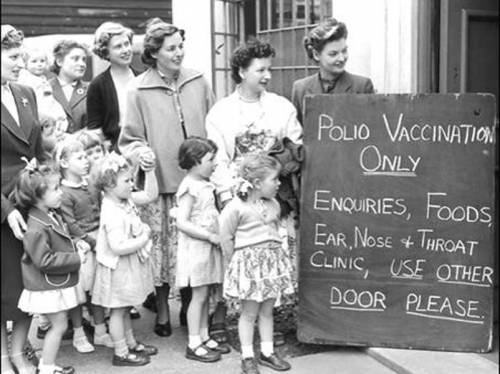 LOUISVILLE — Nearly a year ago, Doylestown Presbyterian Church in Doylestown, Pennsylvania, accepted the invitation to become a Matthew 25 church. The predominately white congregation chose to concentrate its efforts on dismantling structural racism and its intersectionality with poverty. Members and friends knew they wanted to learn how to be allies with people of color who have been so adversely impacted by these issues, two of the three Matthew 25 foci (the other is building congregational vitality).

However, the committee leading the effort didn’t know where to start on the journey. What the congregation would come to learn is that dismantling racism was an important part of the church’s history.

Members determined that to be an effective Matthew 25 church, the congregation would “look at ourselves first,” said Beverly Jewusiak, moderator of DPC’s Matthew 25 Committee. Jewusiak says the committee first asked itself this question: What do we know? “So, we looked at a lot of demographics and a lot of information, trying to figure how we should begin to engage,” Jewusiak said.

Committee members took on a process to engage, educate, activate and support the congregation, imagining the ways they were going to engage the congregation in the Matthew 25 invitation. “In trying to do that and looking at our demographics,” Jewusiak said, “we found a number of things.”

“One of the things we found was that we had a ‘colored’ section of our cemetery. Initially that was taken very negatively,” Jewusiak said. “We had a segregated part in our congregation in our cemetery! We then found out that it was specifically set up that way so that African Americans could be buried there.”

“At the time many of the churches in our area would not allow that to happen and would not also allow marriages or baptisms [for people of color] within the congregation,” Jewusiak explained.

The wording of the 1816 Graveyard Charter approved by the church’s Board of Trustees designated a portion of the yard was appropriated to the burial of “colored,” who may acquire a right of interment in the yard. This was unusual for the period and assured that people of color had a sacred place to be buried. Early church membership included African Americans, and documentation shows marriages, baptisms and funerals were performed for them.

“So, in trying to unravel this finding, it started with determining our information from the past,” said Jewusiak. “Why did the church leaders establish it that way? This led to the committee trying to find out what else was happening in [Bucks] County and in the area at the time.”

Committee members learned something they had not expected.

“We learned that our founding minister, Uriah DuBois, had been pretty active in anti-slavery activity,” she said. According to genealogical records, DPC’s first pastor started and taught at a school for African American adults. The name of the school was not identified.

Historical records also revealed that one woman of African descent appears on the membership rolls as far back as 1816, when the church, about an hour north of Philadelphia, was officially chartered by the Presbytery of Philadelphia. These and other documents led committee members to believe that the church founders “felt called to live out true discipleship by acting boldly and compassionately, serving those who are hungry, oppressed, imprisoned or poor,” Jewusiak said. “We aspire to follow in their footsteps and honor their legacy as we mobilize DPC’s Matthew 25 initiative.”

The church continues to celebrate its African American members and historical figures who are a part of current members’ families. 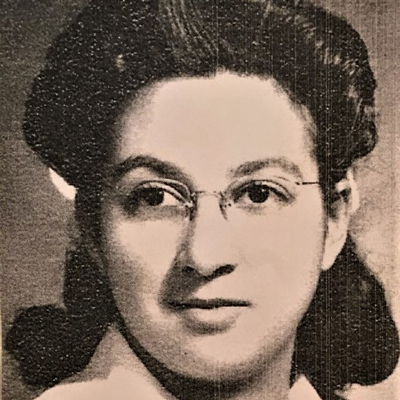 One such historical figure is Gladys Nickleby Nelson, the mother of Nancy Nelson, who is an active member of DPC today. Gladys Nelson was the first African American registered nurse in the Doylestown School District and was instrumental in administering polio vaccines locally and across the country.

In 1954, Nelson opened and managed the very first clinic in the United States to inoculate children against the polio virus. While medical researchers Dr. Jonas Salk and Dr. Albert Sabin are known for developing the competing vaccines for eradicating the virus, it was Gladys Nelson’s efforts that led to the vaccine getting into the arms across America. 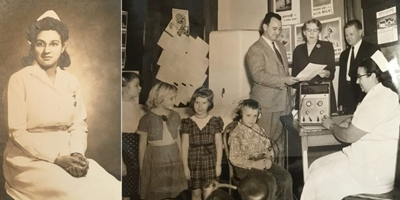 Through her relationship with polio vaccine developer Dr. Jonas Salk, Gladys Nelson was instrumental in setting up vaccination clinics across the country. (Contributed photo)

Through Nelson’s relationship with Salk, she established clinics across the country. “The president of the Farm School, now known as Delaware Valley University, Dr. James Work, was a friend of Dr. Salk,” said Nancy Nelson. “Dr. Salk used the college at the time for some of his studies and experiments for the vaccine.”

She said Work contacted the Central Bucks School Board, which in turn contacted school principal Marian Francofiera. The principal of the school asked “my mother to lead the set-up of the clinic,” Nancy Nelson said. “After several discussions, my mother got everything all set up, including coordinating nurses, doctors and community volunteers to help.” 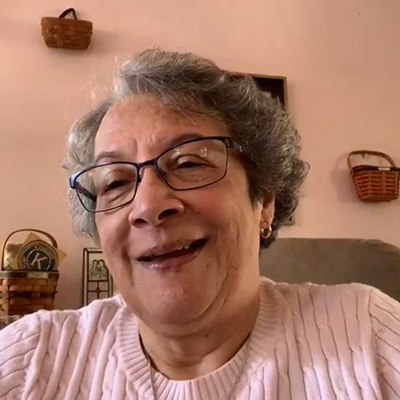 Nancy Nelson, also a member of Doylestown Presbyterian Church, is the daughter of the late Gladys Nelson.

“Because she was successful in setting up clinic in the Doylestown community, Salk asked her if she could assist in establishing other clinics in the country,” said Nelson. “And she said, ‘Of course.’ She had contact with different people who were running clinics and explained to them how she ran hers.”

More than 400 million doses of the Salk vaccine were administered between 1955 and 1962 at thousands of clinics across the U.S. modeled after the Doylestown facility developed by Gladys Nickleby Nelson. 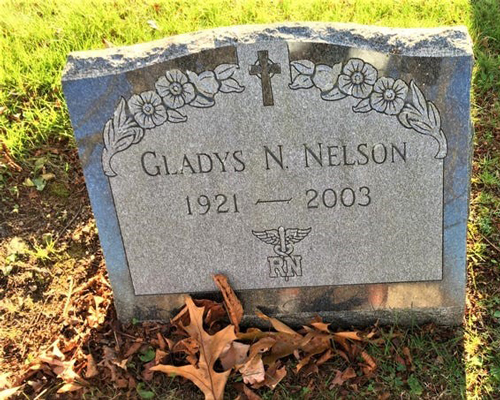 “I was small at the time and didn’t really realize the whole thing until I heard the story a little bit later in life,” Nancy Nelson said. “We were like, ‘Oh my goodness, my mother’s a hero!’”

Gladys Nelson’s career with the Doylestown School District spanned 32 years. She retired in 1983 and died 20 years later.  She also was involved with Easter Seals and the American Red Cross. She is buried next to her husband Randall in the Historic Doylestown Cemetery.