Reflections from a mission co-worker in El Salvador 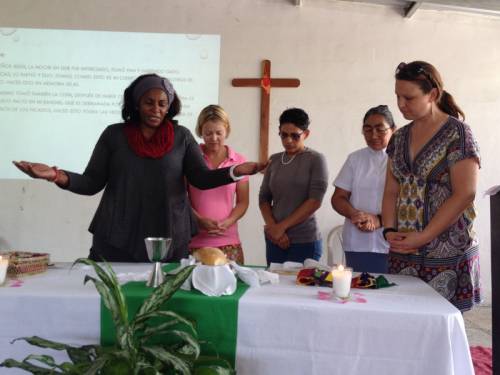 SAN SALVADOR, EL SALVADOR – In 1993, during a study abroad program to Central America, I visited El Salvador, a small Central American nation that had just recently signed peace accords after more than a decade of violent civil war. In a unique exchange with Salvadoran youth, during a Bible study on the beach, we privileged and somewhat sheltered North American college students were interrogated about our countries’ policies and forced to reflect on our own complicity.

My eyes began to open — not just to injustice, but also to the promise of the gospel and the power of God’s presence among those who suffer and are marginalized. It set me on a path of walking with and learning from Christians who have had very different life experiences from my own. It convinced me of the importance of discerning and building God’s kingdom together.

Even with that formative college experience, I could never have imagined that I would become a “missionary.” The term felt colonial and wrong. Even talk of “doing mission” felt rather paternalistic. But, at the same time, my experiences in Central America, which taught me to listen and value others, had been framed by Presbyterian mission workers. I felt drawn to that world. I saw “doing mission in partnership” modeled. The only way I could really understand what God wants was by really getting to know other perspectives and realities. Like the snowball effect, it started with a semester, then a year as a volunteer, followed by a three-year commitment that turned into five, and now, 25 years after that first transformative exposure to hearing God’s challenge to injustice, I look back and see that I’ve now lived nearly half my life as a “missionary.”

The key to personal transformation that I hope to facilitate for others was and is partnership. In order for those partnerships to be mutually transformative, we need to humble ourselves and really listen. I believe that our Salvadoran church partner has taught me the most about true partnership. 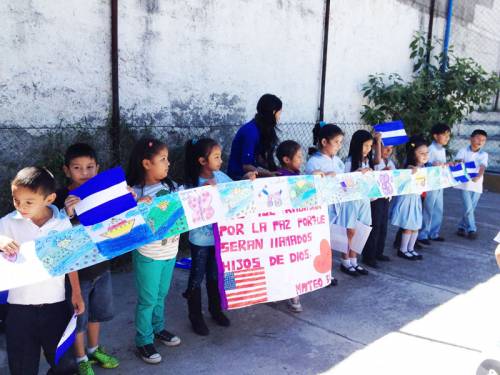 Our Presbyterian presence in El Salvador began in the 1980s and early ’90s, when we gained eyewitness testimony to the reality of their civil war. We were first invited by the Lutheran Church, but due to the overwhelming number of church mission teams from various U.S. denominations, the bishop of the Lutheran Church of El Salvador introduced us to a fledgling group forming a new, essentially Presbyterian denomination. This year, that group, the Reformed Calvinist Church of El Salvador (IRCES), will celebrate its 30th anniversary.

IRCES is a unique church partner. Though small in number, they are big in vision and commitment to the gospel. Grounded in their Reformed identity, they are always taking the time to analyze and discern their call based on the context in which they serve. They understand church as being a body that goes out and serves the community around them. Evangelism, for them, happens through their educational ministry of preschools and primary schools in marginalized communities and diaconal work that seeks to transform communities. This small group has even received funding from the development agency USAID for their violence-prevention work in vulnerable communities outside of San Salvador. Most recently they have invited the PC(USA) to be an integral partner in accompanying the migrant community, given the current political and social climate in the region.

As is true for every relationship that seeks to be real with one another, the PC(USA)’s partnership with IRCES has had its ups and downs. We’ve struggled together and stepped on each other’s toes more than once, but our prevailing commitment to engage in God’s mission together has led to a different kind of partnership. Together we are building a partnership that is about reaffirming our Christian, pastoral and prophetic vocation in ways that will have an impact on public policies through concrete actions.

Most powerfully, this partnership has led to the writing of an overture to this year’s General Assembly. I heard IRCES’s call to do more in the face of the growing immigration crisis in our country and theirs, and connected them with leaders of the Presbytery of the Pacific (POP), which has been addressing these issues firsthand in their communities. Heidi Worthen Gamble, POP’s mission catalyst, did an amazing job of really listening to IRCES, and through much collaboration across the denomination, wrote a strong overture that calls and equips our church to act on behalf of those suffering the injustices of our broken immigration system.

In a letter of endorsement of the proposed overture, IRCES wrote: “We always give thanks to God for you, for the grace of God that was given to you in Christ Jesus. Your testimony about Christ has inspired us to embody the values of the kingdom of God and to assume the challenges of the present time in our country.”

We could say those same words to them. This is the mutuality of partnership. We, the PC(USA), are better able to discern God’s call because of the testimony of God’s people, our partners in El Salvador. I am able to understand God’s heart for the poor and marginalized better because their passion has demonstrated that to me. Indeed, God has blessed us and invited us to be part of this continuing partnership, one that challenges and guides our walk with Christ.

It is through this kind of mission engagement that we are transforming outdated colonial patterns of relationships. God makes all things new, including new ways of relating. It is through God’s global mission in partnership that we become ambassadors of Christ to one another, reconciling and healing the world. This is the mission that makes me proud to be a Presbyterian missionary.