…be led forth in peace. (Isaiah 55:12). Support to the Peace & Global Witness Offering.
Make A Donation Click Here >
Home › Identifying and dealing with restricted fund restrictions key to possibly reassigning some of the funds 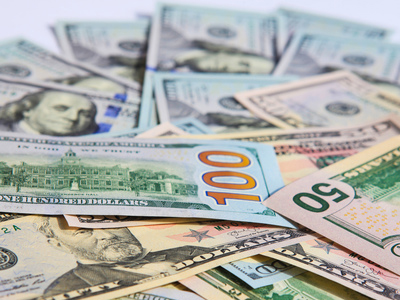 LOUISVILLE ­— A team tasked by the Coordinating Table to analyze more than 2,000 restricted funds given to the Presbyterian Church (U.S.A.) over the years for various purposes offered its initial report Thursday, identifying 15 funds that could be reassigned from benefiting the Presbyterian Mission Agency to helping to fund the Office of the General Assembly.

But the help would be relatively modest: those 15 funds deemed the most flexible would result in $77,000 being shifted to the OGA, which depends mainly on per capita income, which has been diminishing in recent years as PC(USA) membership rolls have fallen.

The team analyzing the restricted funds divided all those funds into three groups: pink funds, blue funds and green funds. “There’s nothing magical about the colors,” said team member Kerry Rice. They’re simply colors that show up well on the voluminous spreadsheets the committee produced.

Pink funds were identified for further analysis because they had fewer restrictions and fewer potential problems associated with them. Blue funds have problematic restrictions, unethical or contrary to General Assembly policy, Rice said. The green funds were given to benefit specific historic groups including “poor Blacks” and “Freedmen.”

The blue funds, according to the team’s Barry Creech, includes $5.8 million with “problematic restrictions,” including “not for work among Negroes” and limited to “poor white children of the South.” One blue fund was dedicated to “the teaching of fundamentalism.”

“We were repulsed at even seeing them,” Creech said of the blue fund restrictions. Then team members wondered: Is there a way we can do exactly what it says without violating the restriction and our own morality? Some of the funds have been allocated to diversity, equity and inclusion work. Others now go for scholarships to help cover the cost of Presbyterian Youth Triennium. The next step for the blue funds, Creech said, will be to work with the Presbyterian Foundation, where the funds are housed, to look at redefining how funds can be used.

The team decided to leave green funds alone, since most are assiged to support programs of Racial Equity & Women’s Intercultural Ministries, which Presbyterian Church, A Corporation President Kathy Lueckert said is “an area that is chronically short on adequate funding.”

Once the analysis was completed, the team began looking at the General Assembly’s acceptance policy. Current A Corp policy, Lueckert said, doesn’t exclude gifts that conflict with General Assembly policy. The next step, she said, will be to draft revisions to the current policy and propose changes to the A Corp Board of Directors next year in consultation with the Foundation.

The near-term goal, Lueckert said, is to incorporate any reassignment from PMA to OGA funds into the 2023-24 budget. The process for developing that proposed budget will begin after Jan. 1, 2022.

Lueckert said the Rev. Dr. Laurie J. Ferguson, who has previously consulted with the PMA, is available to help the Coordinating Table set priorities on restricted funds during its next meeting, which is set for Dec. 9.

“We will bring in new eyes and a neutral party to help us,” Lueckert said.

The trick, according to Lueckert, will be to figure out the flexibility contained in the various funds.

“There is some there, but not as much as you would think, unfortunately,” Lueckert said. “I think there is the perception that it’s easier to move funds around than it is. Our conclusion is that flexibility can be hard to come by because of the way [the funds] were originally given and set up.”

While per capita, Lueckert said, “is not the reliable funding source now as it was for many years, for a variety of reasons,” it’s still a fact that 70% of presbyteries pay their apportionment in full, “and we still get about 89% of what’s been apportioned,” according to Rice. “But there is less and less willingness” on the part of the General Assembly “to just accept whatever apportionment rate we propose,” Rice said. “The Church wants us to be good stewards about what we look at for increases.”

“That,” Lueckert said, “and there are fewer of us to be apportioned.”

Lueckert said the months-long study process “has opened our eyes to the world of restricted funds in a way that’s been helpful for us. We now understand it as a whole a lot better than we did six months ago.”

“I’m not sure the team would thank you for the task,” she said with a grin, “but I think they’re OK with it.”