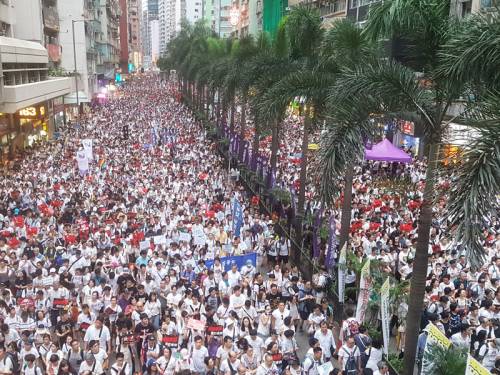 A June 9 protest over a proposed law that would allow the Hong Kong government to send people charged of certain crimes to China for prosecution drew this large crowd. (Photo by Bruce Van Voorhis)

Opposition leaders have pledged to keep protesting until the government withdraws the legislation completely.

At issue is a proposed law that would allow the Hong Kong government to send persons charged with certain crimes to mainland China for prosecution. The ongoing conflict grew out of an incident over a Hong Kong citizen who is accused of murdering his girlfriend while in Taiwan. He came back to Hong Kong and there is no method to have him extradited to Taiwan since there is no agreement between the two places.

In response, the Hong Kong government proposed to amend its Fugitive Offenders Ordinance to allow extradition even to places with which they have no legal agreement. Mission co-worker the Rev. Judy Chan said Taiwan did not request the proposed solution and is not in support of the amendment.

“For Hong Kongers, of course this raises great concerns about human rights and a fair trial,” she said. “The legal system in Hong Kong is based on the British system and at least until 2047, we thought we had a guarantee that it would not change. Thus, the possibility that someone in Hong Kong could be sent to China for prosecution is alarming, from what we know of the Chinese legal system.”

As a result, “many citizens and sectors of society have come out in opposition, besides the young people — lawyers, social workers, teachers and businesses,” she said. “Many people felt that passing this amendment quickly would bring international condemnation as well as lead to devastating consequences for the city.”

The situation caused the Hong Kong Christian Council to issue an urgent appeal on June 12 signed by its chairperson, the Rev. Dr. Eric S.Y. So:

The society is full of disputes and disturbance due to the Amendment of the Fugitive Offenders Ordinance. Today, the demonstrators blocked the roads near the Central Government Offices and Legislative Council and confronted the law enforcement officers. Under such critical situation, and for the benefit of Hong Kong citizens, the Hong Kong Christian Council held an emergency meeting with several representatives of various denominations and church bodies to share and discuss together. We then issued the following urgent appeal:

Chan too is asking for prayers. “Please pray for Hong Kong in this critical moment that the situation will not escalate to violence between protesters and police, that the government give some cooling off period, and that the church can stand strong to serve the community and the nation in the peace of Christ,” she said. 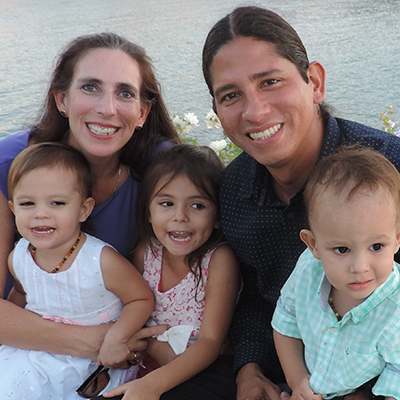