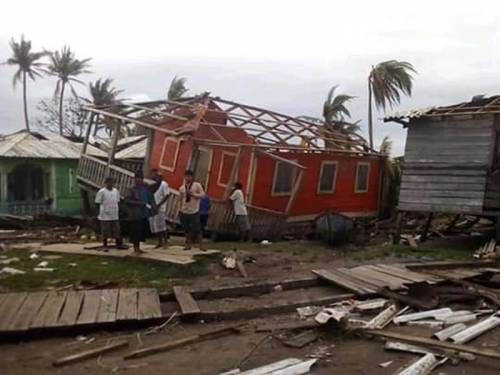 Hurricane Eta has claimed about 130 lives to date and did millions of dollars in damage in Central America, including in Nicaragua. (Photo by Keith Sankara)

LEXINGTON, Kentucky — One major hurricane is a lot for any community to take in a year or even a decade.

This week, the Rev. Edwin González-Castillo, Presbyterian Disaster Assistance’s (PDA) Associate for Disaster Response in Latin America and the Caribbean, is working to respond to nations struck by two major hurricanes in as many weeks.

“It’s real,” González-Castillo said Wednesday afternoon. “A lot of people are still facing rain, and these storms have brought a lot of rain to an already saturated land.”

The rain has triggered flooding as major rivers have overflowed and taken over cities in Nicaragua, Honduras and Guatemala. The saturated land has also caused major landslides impacting thousands of homes. In Nicaragua, González-Castillo says 63,000 people have been evacuated from their homes from Hurricane Iota. 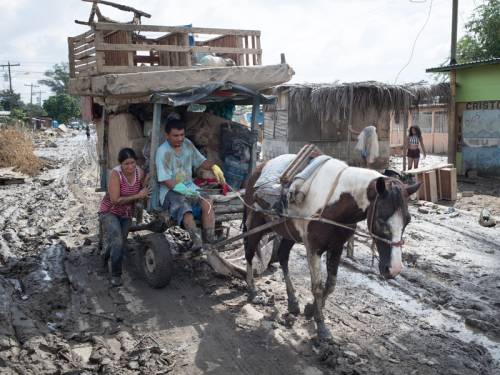 Rain from the hurricanes has triggered flooding as major rivers have overflowed and taken over cities in Nicaragua, Honduras and Guatemala. (Photo by Sean Hawkey)

“Many of these communities are in vulnerable places on the side of a mountain and the bottom of the mountain, so they’re exposed to landslides and the mountain coming down,” González-Castillo said, noting he had seen images of land and mountain slides from Colombia and Honduras.

So far, he says, the death toll is around 130 from Hurricane Eta and reports are just coming in from Iota. But, González-Castillo added Wednesday afternoon, it is still early in the rescue and recovery process, and even one lost life is too many.

The disasters have barely registered on mainstream news outlets in the United States, overwhelmed by reports of the contentious presidential transition and surging COVID-19 infections in the U.S. On Wednesday afternoon, there were no stories about the Central American hurricanes on the front page of The New York Times website.

That makes getting the word out through faith communities and other networks particularly important. One of the best ways to help is through monetary donations, including to Presbyterian Disaster Assistance.

“I am always reminded of a video that came out a few years ago from one of our partner organizations about the power of one dollar,” González-Castillo said. “Monetary donations make amazing things happen in these countries because local organizations are able to reach more materials and get more provisions for the community by buying it locally. It helps the economy of the area that gets affected by the situation, and they get to buy what is needed.”

González-Castillo echoes relief professionals around the world who say that shipments of goods such as food and clothing can often add to problems when they are not able to be used and distributed. He recalls from his own experience as a survivor of Hurricane Maria in Puerto Rico shipments of food that needed to be cooked, but since many people did not have gas or electricity, it went to waste.

Presbyterian Disaster Assistance has already approved solidarity grants in response to Eta, and is beginning to receive solidarity grant proposals in response to Iota, to address immediate needs such as food security, WASH (water, sanitation and hygiene) programs, hygiene kits, biomedical kits, mattresses, shelter, and other needs that typically follow hurricanes. And PDA will engage in long-term recovery efforts too, such as assisting in restarting food production in communities that had their crops wiped out.

PDA is ready to assist because González-Castillo has spent time establishing and maintaining relationships with local partners in Latin America and the Caribbean who are ready to respond and know what the needs are when disaster strikes, similar to the way PDA works around the world. Before Iota made landfall, González-Castillo wrote a prayer and shared it with PDA’s partners in the path of the storm.

The hurricanes have made it difficult to communicate with people in the impacted areas, particularly in the immediate aftermath of the storms. But González-Castillo says the smartphone application WhatsApp makes sending messages, getting reports and images easier.

“Right before hurricane season starts, we see what steps they are taking to mitigate and respond to the situation, and how they’re getting ready,” said González-Castillo. “Of course, this year, because of COVID-19, a lot of this has changed. A lot of these nations have been facing this major crisis, this pandemic, at the same time they have to deal with these disasters that happen all around their areas.”

COVID-19 presents people impacted by the storms with some tough choices, like whether to stay in their damaged homes or go to shelter and relief sites where they may be at greater risk of contracting the disease. 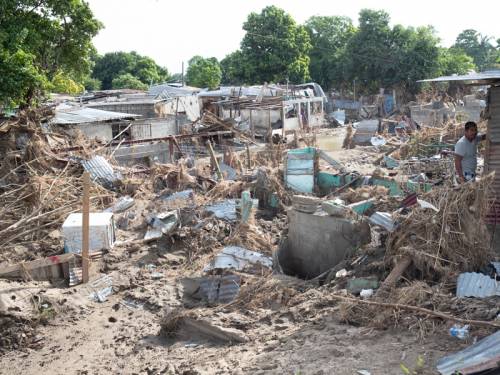 Forecasters anticipated the 2020 hurricane season would be especially difficult because of climate change. (Photo by Sean Hawkey)

Hurricane season was not going to take a year off for the pandemic though, and González-Castillo points out 2020 was expected to be bad due to the growing impacts of climate change. And just as wildfire season in the western United States flamed up much earlier than usual, hurricane season, which technically ends Nov. 30, is still delivering major storms in mid-November.

“We heard from many meteorologists that this year was going to be bad,” González-Castillo said, “and the reality is that it has been.”